The world of horror/comedies isn’t one that’s all that fruitful. Save for the occasional gem like a You’re Next or in many ways the films of Sam Raimi like Drag Me To Hell, horror/comedy being attached to a film usually means more often than not it has a low budget and quite possibly one of the many famed SyFy Network original movies.

However, it’s not an empty subgenre.

One of the more notable and most talked about horror/comedies is now available on Blu-ray from the great and ever wise folks at Shout Factory genre label, Scream Factory. Released all the way back in 1999 was a little wonder of a comedic monster movie named Lake Placid and while the film has since become synonymous with the type of monster movies that play the aforementioned cable TV network, it’s something so very much more.

Directed by Steve Miner (best known as the only filmmaker to ever direct multiple films in the Friday The 13th franchise), the film introduces us to a humble part of Maine known as Lincoln County. A quiet, intimate little county, the area changes entirely when a local Fish and Game officer is attacked and ultimately bitten square in half by an unseen being in a local lake. This catches the eye of a group of men and women ranging from the local Sheriff to a fellow Fish and Game officer, a paleontologist to a mythology professor, all who hope to crack the case of what is doing this and how it can be stopped. As the attacks from the monster get more and more aggressive and in the face of the growingly tense population, so do the traps being set by the task force to catch the beast. Starring a rather interesting cast including names like Bill Pullman, Bridget Fonda, Oliver Platt, Brendan Gleeson and even a fun, pre-internet meme era turn from one Betty White, this enjoyably riotous romp of a monster movie clocks in at a brisk 82 minutes and feels about half of that in execution.

Miner isn’t a household name as the film’s director, but thankfully he has a cast that it’s more than comfortable in handling the screenplay from renowned TV writer David E. Kelley. A punchy bit of writing given the campy premise and brisk runtime, the film really comes alive thanks to the cast and their ability to turn Kelley’s words into a playful bit of music for the viewer to enjoy. Everyone involved has good chemistry together, and it’s a real joy to watch names like Platt chew up the scenery, and even Gleeson gives a fun turn here as a Sheriff out of his depths when this new beast shows up. Fonda and Pullman are fun and playful together, and White’s brief few scenes really play off of her uncanny energy and willingness to do just about anything.

Aesthetically, the film isn’t much to look at. A relatively standard creature feature, the film features a few fun set pieces, and while the effects work here is spotty at best, there are some really great and tense moments that both play as genuinely thrilling action bits and great slapstick comedy moments. It’s not the most dense of pictures, even occasionally finding one of the characters give up and say “what’s the point,” directly in the middle of what would otherwise be a rousing speech meditating on various theological or sociological issues the film tries haphazardly to bring up, but it does have a great sense of pace and, again, the script here really does a lot to elevate the otherwise lifeless aesthetic.

This new Blu-ray is also rather good. The new transfer here is serviceable, and there are a series of new interviews with the director, Pullman, cinematographer Daryn Okada and even the special effects team. Rounding out the release is a vintage featurette that is fine but nothing to write home about, and a collection of trailers and TV spots. Overall, while the film has become known as something of a cult genre gem, it may look like many other relatives from the horror/comedy clan, the script here is so fun and energetic, and the cast is so lively and gives each word a punchy sense of vitality that it becomes something just a little bit more. And for that, this is worth keeping an eye out for on store shelves. 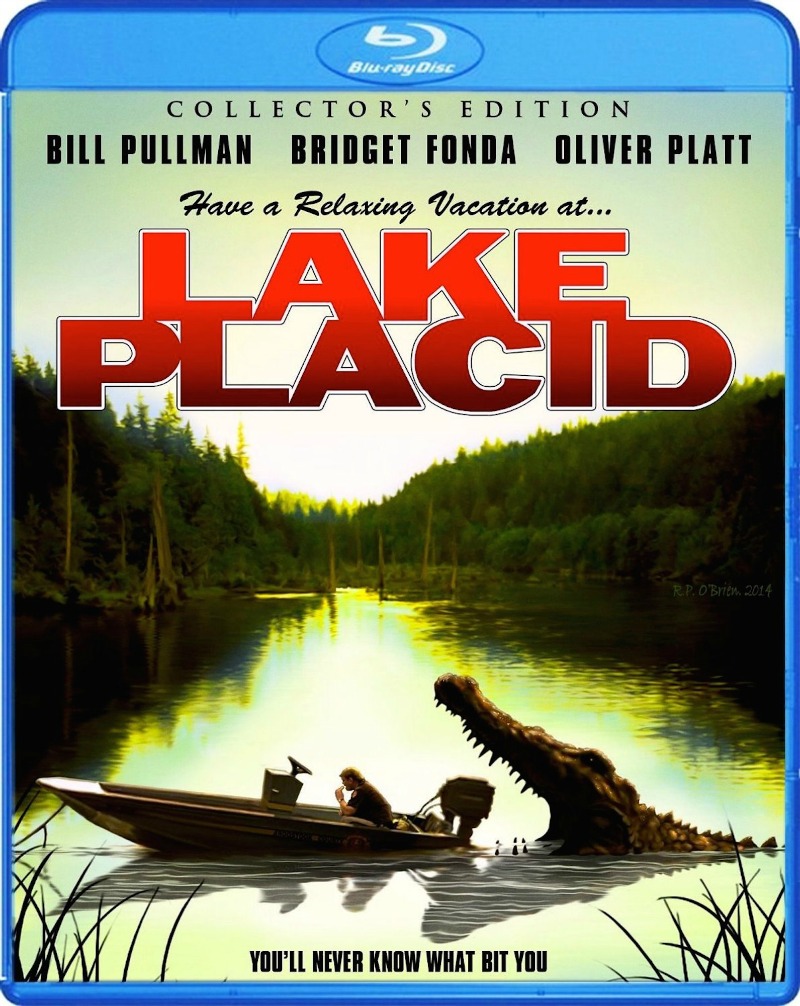