Careers can change on a dime. Be it one lashing out in front of paparazzi or something far more controversial, career trajectories can change for the best (a winning of a critics award or something bigger can launch one into the stratosphere) or the worst (a box office bomb may doom one to a life of B pictures) at the absolute drop of a hat.

And then everything changed. Near the end of the decade, Bergman, who had seen a pair of films from director Rossellini that she truly admired (Rome, Open City and Paisan) sent a letter to the filmmaker positing that she would love to have her services enlisted for any pending picture he may have in the works. What followed was a torrid love affair, enough controversy to fund a ‘50s era TMZ for a century and a handful of films that changed not only the careers of the two creative entities involved, but also the way we view these names historically. Birthing three films that forever changed Rossellini as a filmmaker and Bergman as an actress, these two coming together for their first film in 1950 is one of the most interesting partnerships in all of cinema. And with Criterion having released a brand new box set of the duo’s “Voyage Trilogy,” it’s a partnership that is once again getting some much needed time in the critical spotlight.

First up is their debut together, and also the film that launched a million tabloids. Entitled Stromboli, the film finds both Ingrid Bergman and Roberto Rossellini stepping out of their comfort zones, and not just in the type of picture they make here. The film tells the tale of a woman named Karin, a Lithuanian who is able to escape an internment camp by marrying an Italian fisherman. The two move to his home on the isolated island of Stromboli where their life together takes a turn for the worst. With outside pressure coming from a community on the island far more traditional than she, and a marriage she finds less than fulfilling, she strives to escape her current lot in life, leave the island, and in turn leave this lifeless marriage. Sound familiar? 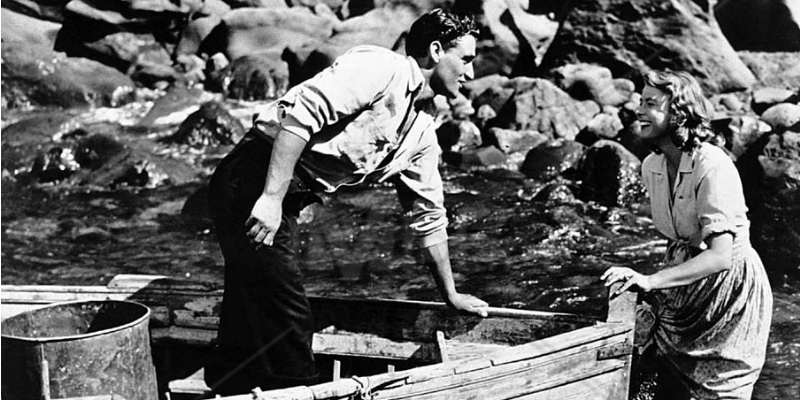 While we here at The CriterionCast don’t like to talk production stories, this film in many ways launched that type of coverage. With Bergman ostensibly leaving her then husband Petter Aron Lindstrom and their daughter Friedel Pia Lindstrom during this film’s production, this film, in many ways, is as much a neo-realism picture as any of Rossellini’s war pictures. Not aesthetically, mind you.

I say not aesthetically, because, as one would assume with that plot synopsis, the film is indeed a pure, densely emotional melodrama. Rossellini leaves, with this film, his muted aesthetic and instead gives his trilogy, particularly Stromboli, a Hollywood gloss and hyper-dramatic sheen to the proceedings. There are still hints of the neo-realist style that Rossellini made famous, particularly in the films aggressively melodramatic but also bewilderingly real final act (and any other moments involving the fishermen, in particular) a sort of Bergman-esque plead to God to get Karin off the island once and for all. 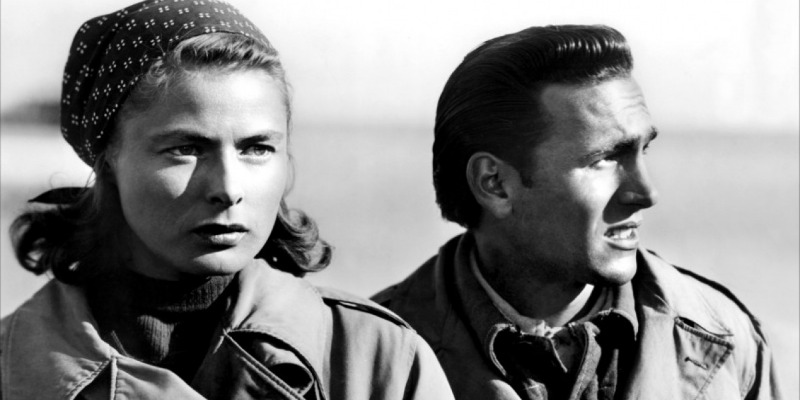 The same can be said of the next film in this trilogy, Europe ’51, but not so much aesthetically as, in a way, the film’s dressing. Not set dressing or anything pertaining to its production design, but in the actual setting of the feature. Whereas a film like Stromboli shows tinges of Rossellini not being able to leave his neo-realist roots behind (those fishermen are more than just set dressing), Europe ’51 sets Rossellini’s eyes real world issues.

Set in post-war Italy, this film (often cited by Rossellini as one of his favorites of all his pictures, the film follows the story of a woman named Irene who, with her husband, are more than “well off.” Wealthy and of the upper-crust set, the film launches us into the center of the actual plot when their son, Michele, dies. However, her life takes another turn when a mutual friend, Andrea, a Communist, takes her around Rome, or at least the parts she’s never truly seen before. This insight into a world of true blue class struggle and a cavernous class divide changes our lead character, once again played by Bergman, in what may be the most distilled intellectually and dramatically of all three of these pictures.

Inherently about class struggle in a post-war world where the idea of Communism had and would become as hot button a topic as there ever has been politically, this film does a brilliant job in getting down to the central coda of what Communism aims to do; end class struggle. Again, the final act here is the film’s greatest aspect, particularly in its summation of the film’s central theme, but throughout this films near-two hour runtime this picture is a melodramatic, but nonetheless thrilling meditation on a palpable time and place. The melodrama instead becomes the film’s set dressing, a vessel for the creation of a world that was, inherently, heightened in just about every way. 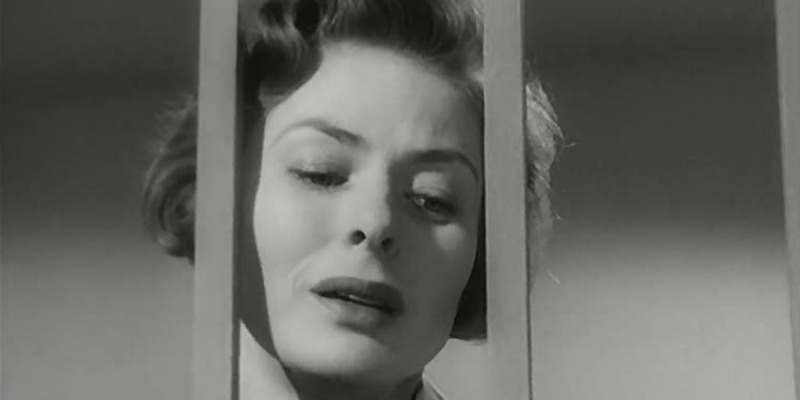 But neither of these films stands up next to the masterpiece that is Journey To Italy.

Ostensibly a sequel (of sorts), or at least a continuation, on Stromboli, the film tells the tale of married duo Alex and Katherine Joyce, who are on a trip to Italy in hopes of selling a property near Naples. Broadly, Alex works his tail off without much interest in doing anything other than that, and Katherine is a thoughtful and pensive woman, with these two people firmly on the outs. Bluntly, Rossellini’s meditation on a marriage on the rocks is as thrilling a film as the auteur would ever stand to make.

Continuing a theme of percussive and evocative final acts, that’s found here in spades, with the final ten minutes or so being a wonderfully succinct summation of the film’s central themes. Neo-realist in the central relationship, as well as its use of many great locales, this firmly post-war-set look at a disintegrating marriage is a thought provoking look at upper crust malaise and is, rightly, described by the Cahiers du Cinema set as the first modern picture. A boldly crafted picture with stunning photography and even more breathless direction (again, the film’s final shot will leave you absolutely gobsmacked), Rossellini’s picture is as searing and visceral look at bourgeois marriage we’ve seen since. A deftly crafted motion picture, this is easily this trilogy’s crowning achievement.

It also helps, however, that Rossellini found an actress like Bergman at the very height of her powers. Oddly perfect for this type of emotionally-heightened set of pictures (I mean, look at her emotionally nitrous-oxide-injected performance in Autumn Sonata to see what she can do with real, breathing emotion), she gives three of her absolute best performances here, particularly in the final film. Europe ’51 is an interesting turn just to see the evolution of her character, but save for the final scene she is overshadowed by names like Giulietta Masina, Ettore Giannini and especially Alexander Knox as her husband in that film, George, a really superb turn. However, she’s given the entire show for Stromboli and that film and Journey To Italy pair as perfect bookends for a trio of truly top-tier turns from one of film’s most magnetic stars, a star who, in close-up, is front and center of this triptych. 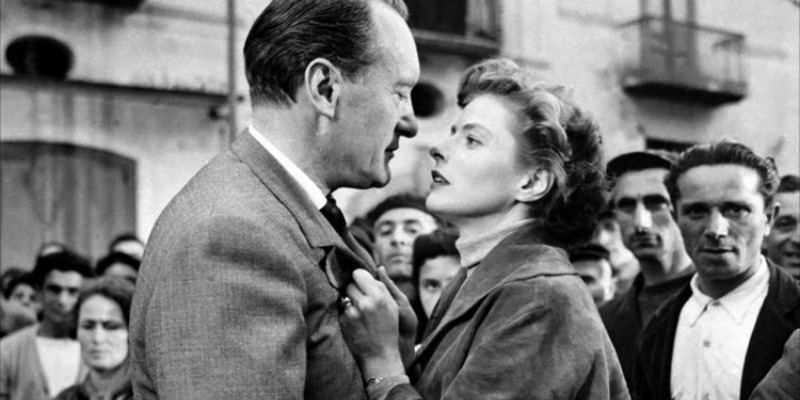 One of Criterion’s many box sets this year, this release is an absolute monster. Both Stromboli and Europe ’51 come with Italian and English language versions (with different runtimes, so this isn’t just a dubbing), with Journey To Italy being accompanied by a commentary from scholar Laura Mulvey. Transfers for all three films are absolutely stunning, and there are various video essays (including ones on the historical themes of the trilogy and Rossellini’s style), interviews with names like Martin Scorsese and Ingrid and Isabella Rossellini and introductions from Rossellini for all three films. Short films and documentaries abound here, including a short film starring Isabella Rossellini from director Guy Maddin, and a series of documentaries looking at Ingrid Bergman’s life, Rossellini’s “approach to cinema” and even a short film starring Bergman directed by Rossellini.

Overall, while these films are entirely different types of pictures than what names like Bergman or Rossellini had been known for prior to these, this trio of pictures makes for one of Criterion’s greatest and most thrilling box sets of all time. Simply a must own, no collection of words can truly do this set justice.