One of the many joys of Onibaba is that one can take almost any approach one wishes to it. Part historical drama, horror film, social critique, erotica, proto-action-film, man vs. nature drama, with a little bit of exploitation for good measure, Kaneto Shindo’s 1964 masterpiece is above all a beautiful work of art. Shot in monochromatic widescreen, it’s damningly beautiful in its compositions, strikingly edited, and allows for passages depicting the poetic beauty of nature that easily meets, and in some regards surpasses, the very similar manner with which Terrence Malick would treat similar subjects over ten years later. It hardly seems to have aged a day, as potent, lurid, and terrifying now as it must have been nearly fifty years ago.

Set during the civil war period in 14th century Japan, the film is about an older woman (Nobuko Otowa) and her daughter-in-law (Jitsuko Yoshimura), who live in a susuki (tall Japanese pampas grass) field, ambushing any samurai who wander in, steal their armor and weaponry, and sell it for rice. If that premise weren’t enough, their neighbor, Hachi (Kei Sato), returns from battle, claiming the elderly woman’s son (and thus the daughter-in-law’s husband), was killed. Suddenly, an extremely desperate situation has just become even worse, as the familial ties bonding the two women are shattered, leaving neither particularly indebted to the other, but most urgently for the older woman, the younger is free to do as she pleases. And Hachi is looking increasingly pleasing. 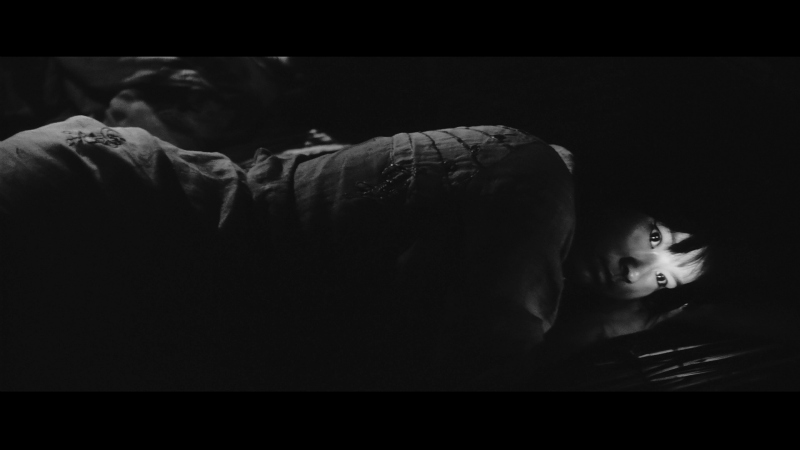 Much as a director’s “affection” for their characters is kind of a useless conversation, it is worth noting that Shindo was a socialist, and in the interview included in the booklet accompanying this release, he states:

If you have to look at society through the eyes of those placed on its bottom level, you cannot escape the fact that you must experience and perceive everything with a sense of the political struggle between classes. This sets the general political background of the film.

His approach to the violent actions the women take, however, is not celebratory in a kind of lower-class-overthrowing-the-rich way, but neither is it totally condemning. For starters, his focus is much more on the drama between his three principal characters (there are only a handful of others who float through the film), but the women aren’t exactly thrilled with their circumstances, either. It’s just a matter of survival, and Shindo treats the entire situation – the war, its effects, and what the lower class has to do to counter the effects – as one of the worst things that can befall a civilization, never losing sight of the central issue at play. Greed is the essential force driving commerce, and since these women are forced to deal with the forces of capitalism, they’re pushed into a corner where they have to come up with a product, at any cost. 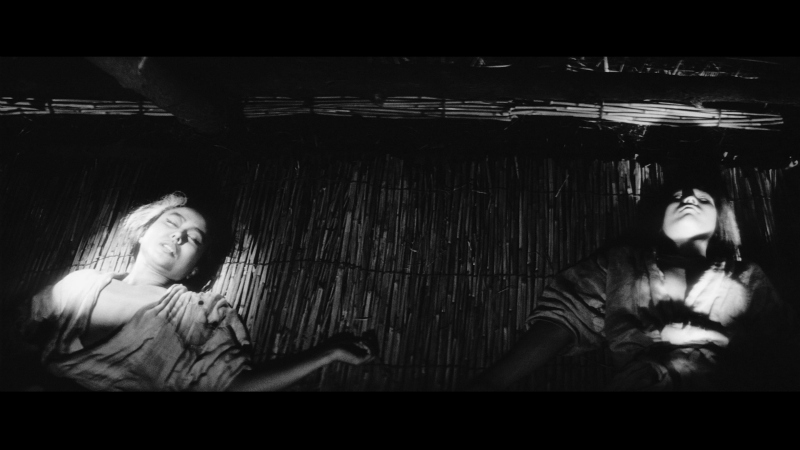 That such a bold social statement is embedded within such a thrilling piece of cinema is staggering. The horror elements don’t really become overt until the last twenty or thirty minutes, but Shindo creates such a vivid sense of unease that it’d be wrong for him not to “go there” by the end. He somehow turns the repeated image of grass swaying in the wind (often in slow motion, at that) away from its usually-calming depiction into the building of a storm, a sort of rumbling desire that is at once sexual and violent. And when things do explode into violence (or sex, for that matter), Shindo makes the most of his frame, accentuating every burst of emotion. It’s staggering filmmaking.

Masters of Cinema have done an equally stunning job bringing that filmmaking to Blu-ray. I don’t have their original DVD release from 2005, nor the Criterion edition from 2004 to compare, but I can’t imagine this isn’t in every way a massive improvement. I noticed a bit of compression artifacts here and there, but by and large this looks seriously great, with MoC capitalizing on Shindo and cinematographer Kiyomi Kuroda’s great contrast and depth. As much as we love the deep blacks of Blu-ray, the whites are used here to really make those high emotions burn, and they come blistering through with appropriate force. For detail, just look at any wide outdoor shot. The grass in particular is every bit as ravishing as I could possibly imagine it looking, with detail going as far as any 35mm print would allow, and possibly further. The women’s home, a hut built from gathered materials, has a great density to it. And cinematographically speaking, the slightly rounded edges you get with Cinemascope are nicely pronounced. It looks absolutely great. 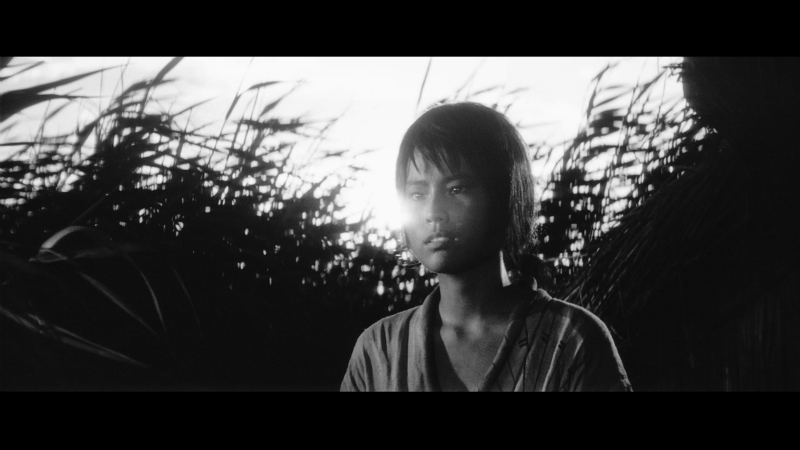 The soundtrack, pretty dynamic for its time period, is almost very good, reproducing Hikaru Hayashi and Tetsuya Ohashi’s score very well (go ahead and turn this one loud; there are a few music cues you want to hear in all their glory), as well as the great ambiant noise.

Supplements are duplicated from MoC’s DVD release, except for one of those art galleries that seemed to be on every disc before 2006, 2007 that we never looked at. But with a commentary track by Shindo, Sato, and Yoshimura, and an introduction from Alex Cox, there’s little to complain about. The commentary track in particular is exceptional; usually these cast-and-crew pieces are just extended nostalgia sessions, but they – Shindo in particular – have real insights regarding the film’s power and the psychological effect of cinema in general. Hearing Shindo discuss black-and-white film was a real treat in particular. And while they do discuss production concerns, the shoot is a pretty interesting story in and of itself (Shindo forced the cast and crew to live in this remote, insect-ridden location during the entire three-month shoot, allowing them a two-day excursion to Tokyo every three weeks), so that worked out okay, too. And while reading a subtitled track can sometimes be a chore (I’m fond of putting tracks on in the background while I do housework), we do have the added bonus of MoC noting each speaker every time out, which I always long for on these group tracks anyway. So you lose some, you win some. 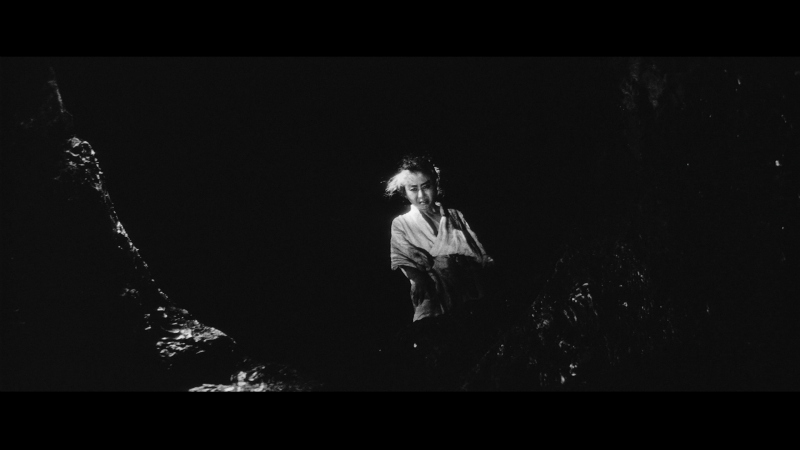 Also on the disc are forty-some minutes of silent, 8mm footage shot by Sato during the making of the film. It’s certainly of interest, though it’s hard not to long for a commentary track or some sort of contextualization. Even as someone who has no problem watching totally-silent footage (with Brakhage or The Passion of Joan of Arc), this was a bit of a slog.

And finally, as always, we get the aforementioned booklet, which, even at a mere 36 pages, is pretty stacked. Film critic Doug Cummings provides the opening essay, a basic survey of the film, its interpretations, and aesthetic, and then we get an essay and interview with Shindo, as well as an English translation of the Buddhist fable that inspired Shindo. All help provide a rounded look at the film.

All in all, this is one of my favorite discs Masters of Cinema has put out, certainly since I started reviewing them. Not only is it a great, and woefully overlooked, film with a gorgeous transfer, but the supplements are genuinely substantial, and it’s the rare cast-and-crew commentary track that I could easily listen to (or read, as it were) several times over. Highly, highly, highly recommended.

Written By
Scott Nye
More from Scott Nye
Any month is right for it!
Read More