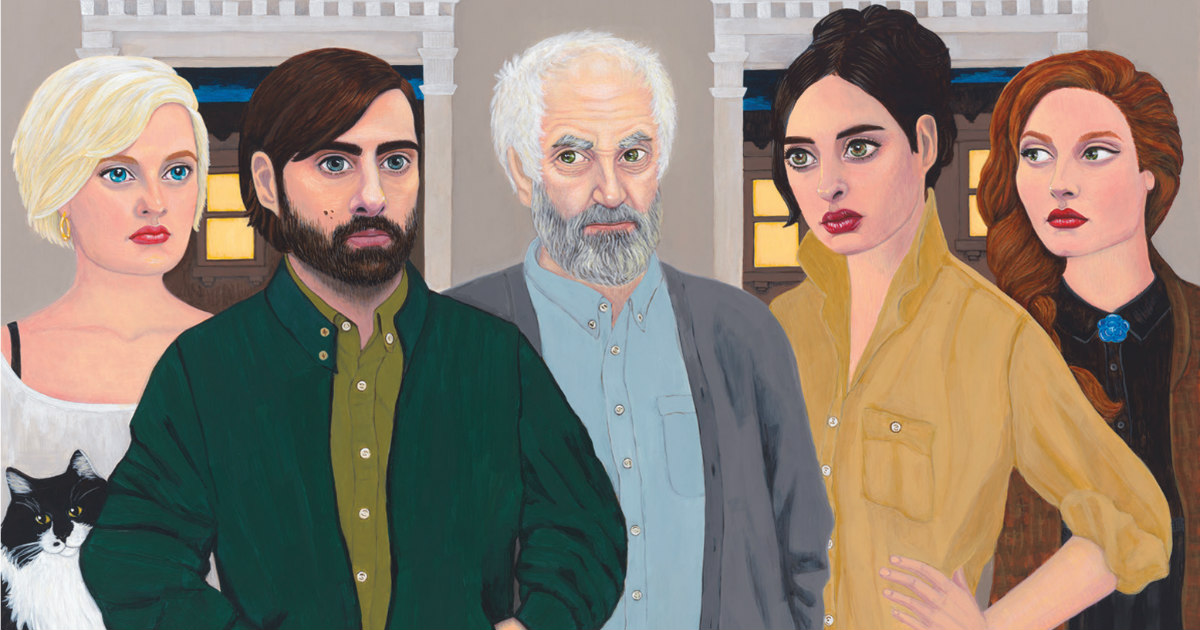 The success we’ve had in preserving and distributing art of the past has had a somewhat calcifying effect on the present. This is not to say good work is not being done now; in the province with which we are primary concerned, dozens of very good (and a few truly great) films are made every year. How many of them truly belong to us? So many of our great modern films are meditations on the past – chiefly the 20th century – contextualizing or embalming an experience that is becoming, in more ways that strictly chronological, more and more removed from the present every day. How many more films, no matter how great, do we need about World War II or the late 1960s? How often do we need to be reminded of the giants of cinema courtesy of new filmmakers eager to revere them through imitation?

These thoughts occurred to me when I first saw writer/director Alex Ross Perry’s Listen Up Philip upon its release last year, and again while revisiting it on Masters of Cinema’s (spiffy) new Blu-ray edition. Perry notes in the commentary its subtlest, but most telling touch, that he and his team actively sought to remove telling traces of the modern world – especially cell phones and computers – from the environment. Modern cars are unavoidable (this is still a very low-budget production), but otherwise, the film seems to desperately want to have been made 30-40 years ago. On that same commentary, Perry is quite forthcoming about how much of the film’s story and aesthetic was close to stolen from Philip Roth, Woody Allen, John Cassavetes, and Maurice Pialat. From the font of the opening credits to the bleached-out 16mm aesthetic, this is a film out of time. 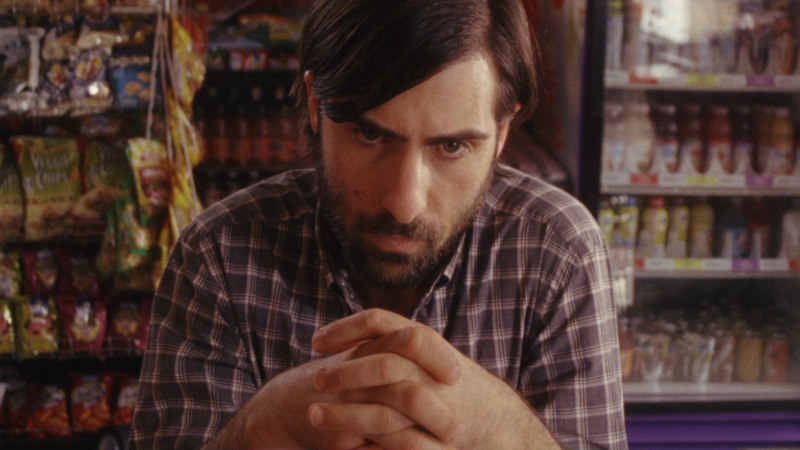 On the other end of things, Listen Up Philip features perhaps career-best work from Jason Schwartzman as the titular character, a novelist on the verge of publishing his second novel who increasingly works to test and alienate everyone around him, freely insulting and demeaning his girlfriend (Elizabeth Moss), publishers, colleagues, former friends, even outright strangers. The only one who understands and appreciates him is Ike Zimmerman (Jonathan Pryce), one of Philip’s literary heroes who just so happens to have a similar disposition to the younger man. The more overtly comedic sections of the picture are a riot of American discomfort, with everyone outright stating exactly what they hate about the other person with a sort of enviable precision of language. The dramatic sections only function differently because the tempo is slowed and characters we’ve come to care for seem to actually care about what gets said. This is a bracing experience, its only dishonesty stemming from its uncommon honesty.

What’s that line about how some artists copy, and others steal? I’m not sure I buy it, but Perry makes a compelling case for how more downbeat dramas can be remixed and appropriated into something new, interesting, and personal. We’ve grown used to seeing this approach work with genre films (where would Tarantino be without it?), and to a certain degree, Wes Anderson has sort of carved the path Perry follows here (the narration especially becomes reminiscent of The Royal Tenenbaums, Anderson’s most referential work that doesn’t involve a hotel in Eastern Europe), but Anderson’s then-singular aesthetic made it fairly easy to overlook or even miss. Listen Up Philip, for better or worse, puts it all on the line, betting the farm that you’ll share Perry’s passions, even if you don’t know it yet. 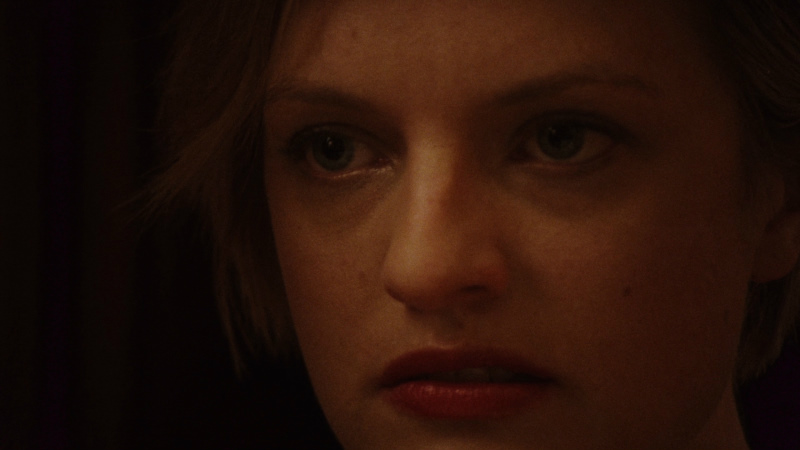 Like the best postmodern artists, though, Perry isn’t only after imitation. I haven’t seen his first feature, Impolex, but his second, the more original and vibrant The Color Wheel, has close kinship with Philip in its wild cinematography (courtesy, in both cases, of the great Sean Price Williams) and insult-laden dialogue. Clearly much of Listen Up Philip comes from Perry. Even without that comparison, it’s too keenly observant and relentlessly energetic to be tied up in it ancestors. Perry’s empathy for these broken people is full and genuine – he doesn’t work overtime to prove to his audience (and thus to himself) that these people are worthy of our concern; he respects us enough to expect that we’ll naturally look to understand anyone and everyone, not matter how off-putting they might be.

I mentioned above that this may be Schwartzman’s finest hour, in part because this might be the most Jason Schwartzman role. Never an actor with a tremendous range, he has something better – he has a personality. When you see a Schwartzman performance, you’re seeing something no other actor could deliver. You’re seeing something of himself modulated into a narrative. You’re seeing, in other words, a star. He plays exceptionally well a sense of performed decency that suggests his characters have mastered the art of socialization, but weren’t always terribly good at it. Philip seems like a guy who’s come back down the bell curve, retreating into pettiness and narcissism and very eager to get away with it. While this results in its share of comedy (his initial confrontation with Ike’s daughter, played by Krysten Ritter, is gold), Perry’s more invested in the inevitable loneliness of such a lifestyle, letting Philip see how poorly Ike has turned out from making the same decisions, yet nevertheless careening towards destruction. 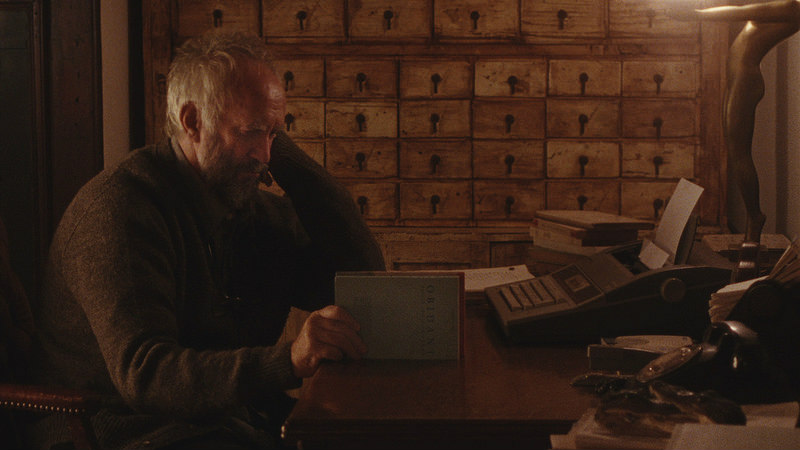 Since it was only released on DVD in the United States, we are indebted to Masters of Cinema for granting this film a Blu-ray release, Region B locked though it is. Sean Price Williams’s work needs to be seen in the best quality possible, and the transfer here is outstanding, offering so many subtle gradations of the warm hues that permeate the bulk of the film. Williams gets the most out of his Super-16 stock, demonstrating an exceptional instinctive sense for where the light will be, and when to let it in, and the transfer never wavers from the blur of the handheld camerawork and ever-changing luminance.

The disc comes loaded with supplements, starting with the aforementioned commentary by Perry, who, from a certain perspective, could sound egotistical, but frankly, I’m glad to hear from a filmmaker this passionately proud of something he created. Not that he doesn’t defer credit, frequently calling attention to the contributions and achievements of Williams, Schwartzman, Moss, Pryce, his producing team, composer Keegan DeWitt, editor Robert Greene (himself a filmmaker), and his art direction and costume designing team. The most interesting aspect of the track is hearing his experience jumping from making barebones films with his friends to one with internationally-known actors and a genuine production team. This reflection carries over into a conversation with Williams that’s quite casual, perhaps a little long for those looking only for information, but which I enjoyed. 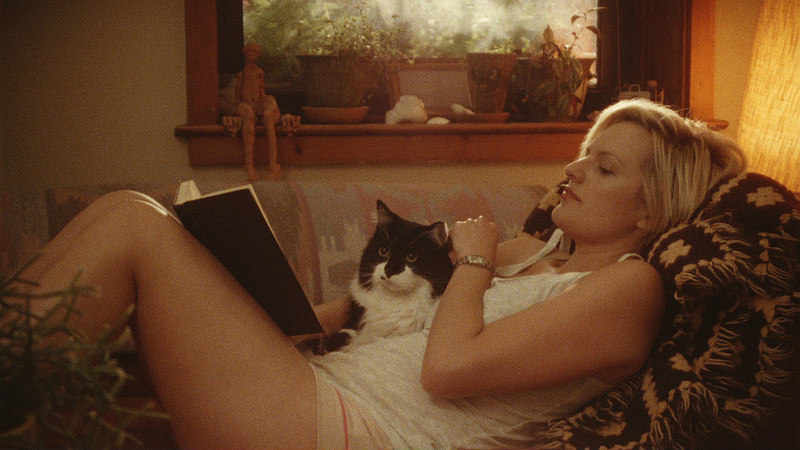 If you want something even more casual (though much shorter) than that, look to the making-of featurette – twelve minutes of footage from the shoot. You can glean a sense of some sort of process, but mostly it’s just sort of neat to see everyone at work. The disc also pulls an outtake from the film involving Schwartzman and Williams getting into a scuffle with New York police over permits and a mounted camera. More structured is the seven-minute interview with Teddy Blanks, who designed the book jackets we see throughout the film. Finally, look for deleted scenes, the film’s trailer, and a 44-page booklet with a director’s statement, as well as all of the Ike Zimmerman book jackets and their synopses, written by Perry and Blanks.

I remain somewhat unsure what to do with Listen Up Philip, but it just keeps getting better and more fascinating the more I think about it. Masters of Cinema have done a bang-up job with this package, which is, once again, the only option for seeing the film on Blu-ray. If you have a region-free player (and at this point, you really ought to), add this to your list.