The trouble with calling your brand “Masters of Cinema,” even more so than something like “The Criterion Collection,” is that, inevitably, some jackass like me will crop up and say “I call bullshit.” But while my feelings towards Simon Killer are not the warmest, nor the most admiring, said jackass must also admit that such designations are naturally subjective, and this could hardly be the first entry into their vast library to raise such objections (I’m not particularly keen on Repo Man myself), even if their batting average is startlingly good. Though my own lacking appreciation of Simon Killer may color this aspect as well, I can’t say as I’d particularly recommend Masters of Cinema’s new Blu-ray release, replete as it is with a flurry of special features that do little to illuminate, and much to frustrate, though its more admiring corners of the cinesphere may find their mileage varies in this regard as well.

What’s perhaps most upsetting about Antonio Campos’ second feature (I’ve not seen his previous film, Afterschool) is the abundance of talent on display. Campos knows how to draw tension, play with interesting character dynamics, dispense plot points in creative, and not entirely obvious, ways. His camera often obscures what might be most important about a given scene, alluding to its subject rather than portraying it outright. If only the result was as intriguing as the journey.

Simon (Brady Corbet) is a recent college graduate whose more-recent break-up with his girlfriend, following her infidelity and his somewhat overstated reaction to it, has lead him on a soul-searching mission to Paris, where a family friend has gracious agreed to put him up while he goes on vacation himself. Simon’s intent to stay only a week or so becomes complicated when he meets a prostitute (Mati Diop), to whom he expresses an undue level of affection that’s really nothing more than gussied-up lust, which, you know, they can’t all be your soul mate, but that doesn’t mean you have to put them through hell, man. 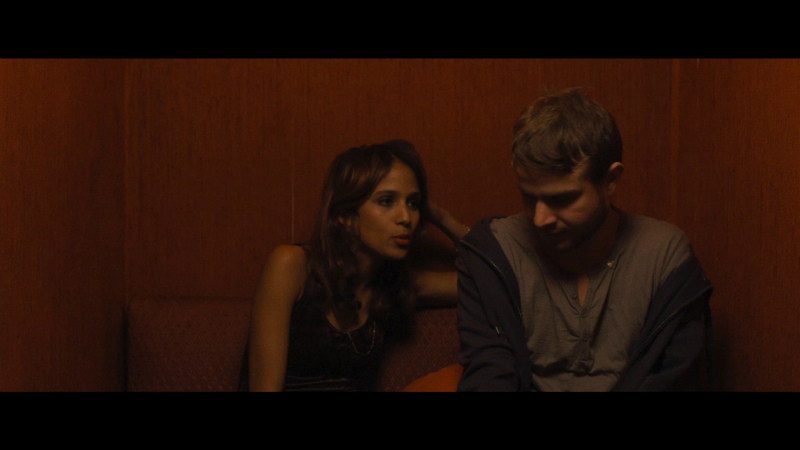 Simon’s attempts to bury the socio/psychopath within provide a good deal of the narrative tension, and provide their fair share of interesting scenes, though none are as intriguing as Campos clearly believes them to be. The possibility of even a dark brand of humor is dispensed with almost immediately, even as the film recognizes on some level just what a pathetic little man Simon truly is. Rather than inject a strain of arch humor into even a scene or two, Campos insists on making sure we know how Very Seriously he takes all of this, which is directly at odds with how Very Unseriously any sensible person would ever take Simon. I’m a twenty-something white male myself who’s gone through his fair share of directionless periods of deep-seated ennui, never mind an occasional anger streak and a burning desire to visit Paris, and even I found absolutely nothing in Simon worth taking seriously. To whatever extent I could “relate” to him (not that this need be a barometer of anything), it was only in identifying my most base and detestable qualities, a perfectly fine subject for a film, but not one that considers them to be as fascinating and Campos and Corbet do. Yeah, so men can be self-righteous, self-centered dicks sometimes, and some men can be dicks all the time. Ain’t that something? They take what would be shading in any other film and make it the entire point.

Even the most ruthless detractor must admit the film is mighty attractive, and Masters of Cinema have ported over the digital source beautifully to this Region-B locked Blu-ray. While that may seem like an easy, one-to-one process, we’ve all seen discs botch the job completely, so while the task may not be as difficult as with, say, The Passion of Joan of Arc, this is clearly head and shoulders above much of the competition. Campos and cinematographer Joe Anderson shot the film on the Arri Alexa, noted for creating a digital source that closely resembles film, and I have to say, mission mostly accomplished. It still has some of the smoothness one associates with digital, but there is a much more organic quality to the picture, and it certainly looks leagues better than the DCP I saw projected last year. 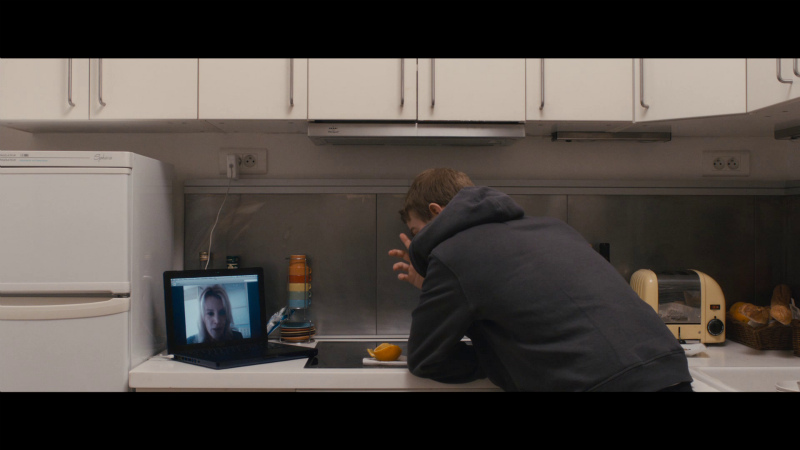 Now then, here’s the thing about those supplements – yes, there are a lot of them. And if you’re a fan of the film, perhaps they may be of interest. I was hoping for a little insight myself. Very little was to be found. I don’t know if the trend is particular to journalists of this generation, or filmmakers, but all anybody seems to want to talk about are the practical aspects of film production. When you read interviews with Bergman, Kubrick, Pasolini, Sirk, even guys like Hawks and Ford, they had the most cavalier attitude towards the process of making a film. Interviewers could talk to them about politics, music, theology, the possibility of alien life, anything they like, and these guys could discuss these subjects. But every interview you read or hear with someone from Cannes Critics Week or, God forbid, Sundance, is so focused on shooting schedules, stories from the set, lenses, budgets, and a thousand other bits of miscellanea. Nearly all of the supplements on this disc seem geared directly at film students, which is not without value, but demonstrative of a familiar trait amongst younger filmmakers – a lot of talent, very few ideas.

First, I will say, I enjoyed the “Behind the Scenes” featurette, as it’s actually a short avant-garde film using alternate takes and candid footage from the set, that really becomes a companion piece to the film rather than just what its name would imply. But that’s as good as it gets. The Sundance alumni spotlight on Campos and producers Josh Mond and Sean Durkin (who also directed Martha Marcy May Marlene, which I must say I thought was marvelous) is easily the worst offender, as interviewer Chris Gethard is much more concerned with hearing about these guys’ hardships in trying to become professional filmmakers than anything they’ve accomplished once they were. The “Conversations with Moms” featurette is naturally going to be a little more relaxed and biography-heavy, but even the essential interest behind the piece (what is a mom to think when her boy makes such dirty movies?) is not enough to carry it. “The Case of the Conscious Camera” is downright torture – host Zach Wigon presents a fairly basic, but revelatory challenge to Campos, assigning him a scene to discover where he’d put the camera, and why. In the process, they discuss how those aesthetic decisions show themselves in the film. This is all a great set-up for the short piece, but neither of them are at all interesting conversationalists, and by the time Wigon felt the need to use the word “synecdoche,” only to – unprompted! – define it for everyone (thus, you know, destroying the entire point of using a word), I was pretty well done with it. 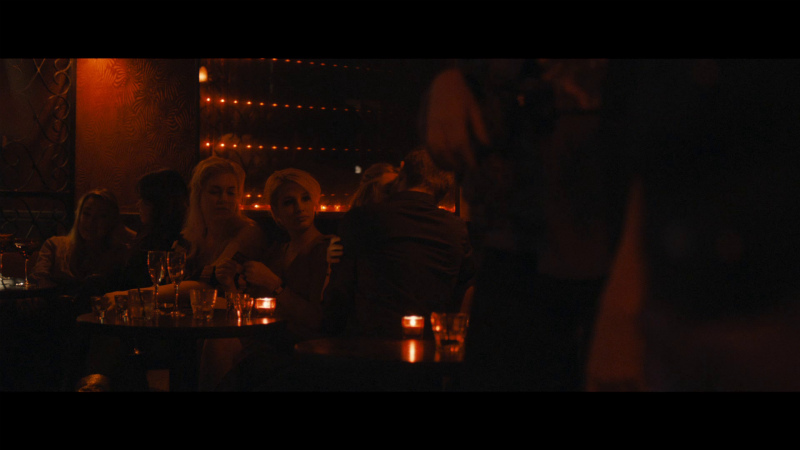 The booklet is a considerable improvement. Karina Longworth’s essay elucidates many of the film’s merits, which, for me, amount to mostly failed attempts, but her writing is so sharp, it made me wish I agreed with her. We also get another dull, production-heavy interview with Campos, and a much more enlightening one with Corbet (who co-wrote the screenplay with Campos and Diop), as well as a look at the process in designing the poster with designer Brandon Schaefer (which was originally published, and can still be found, at Film.com).

I’m not much of a fan of the film, but for those who are, this is easily the best way to own it. It’s been dumped to DVD-only in the United States, so if you have any region-B capabilities, do pick this up. If you’ve never seen it before, however, this is at least one disc I won’t be recommending anyone blind buy.

Written By
Scott Nye
More from Scott Nye
A film that's at once a horror and war picture without many...
Read More