Douglas Sirk went out on top. After building his reputation on a series of meditations (under the guise of “melodrama”) on impermanence, aging, sexual and gender politics, modernity, and independence, he unleashed three absolute masterpieces on the world – Imitation of Life (his final film, one of the great mic-drops in all of art), has cemented its place in the cinematic canon, while The Tarnished Angels (which preceded the film we’re here to discuss) is at least well known. A Time to Love and a Time to Die is an altogether different beast, both for Sirk and for the cinematic landscape at the time. It centers on as moving and desperate a relationship as he has ever explored, but the context separates it entirely from the pack.

What other American filmmaker (or at least one working in an American system) would dare, in 1958, craft a sympathetic portrait of Germany during World War II? Two postwar-set films came to mind – Wilder’s A Foreign Affair and Kramer’s Judgment at Nuremberg. Both are about Americans. Both sympathize with German citizens, even as they quietly (or even forcefully, in Kramer’s case), condemn them for their nationality, all while bolstering the postwar American effort. A Time to Love has no exterior perspective, no alternative point of view. It simply shows us that the German people suffered just as much during the war as much of the rest of Europe, that soldiers were pushed to commit horrible acts, that they were torn from their loved ones – often permanently – all in the name of a cause they seem, at least in this film, largely indifferent to. 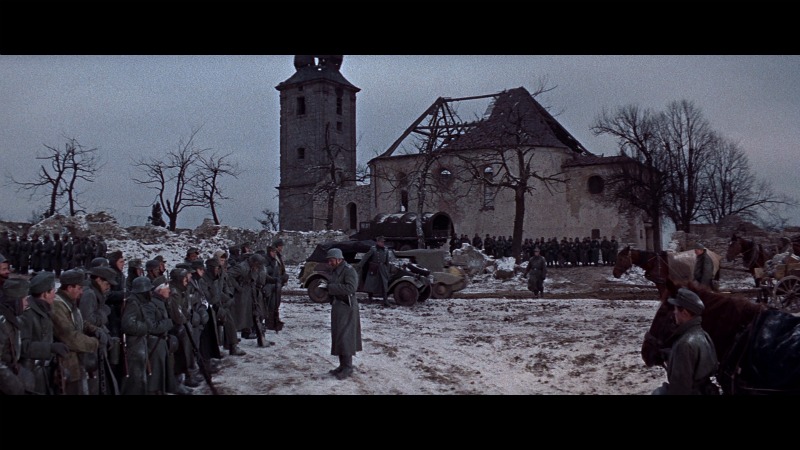 The plot is propelled once Ernst Graeber (John Gavin), a German soldier on the Russian front in the final days of Germany’s part in the war (which should give you some idea of how all that is going), being given leave to go home for three weeks. Before he boards the train, an officer passes out food rations for the departing soldiers to take home, to demonstrate to their families that all is well. They are to say nothing of what they have actually seen at the front. Delusional regimes rarely last. Can delusional people? Once Ernst arrives home, despite some earlier signifiers to the contrary, he finds his once-beloved town decimated, constantly under the threat of air raids. Notes are tacked to a doorway, hoping to connect with lost loved ones. People wander the streets. One person, lucky enough to have held onto shelter, is Elizabeth (Liselotte Pulver). One look at her and you know where they’re headed.

Sirk and screenwriter Orin Jannings construct some pretty canny scenarios for the young lovers, coming up with innumerable challenges for them to overcome, only for the solutions to either confirm their worst fears or reveal that there was hardly ever any problem at all. Sometimes both. Sirk and Jannings keep the focus squarely on the lovers. Much of the perceived purity of old-fashioned romance comes from the immense urgency of the times; Ernst and Elizabeth are in the thralls of a war, and a country, in which they have no say. They could die at nearly any moment. Not a lot of time, then, to meditate on whether they’re “right” for one another. Once they start to fall for one another, neither puts up an ounce of resistance, joyful as can be that they found some element of good in all the madness.

(Spoilers follow; see next bolded line for the end) 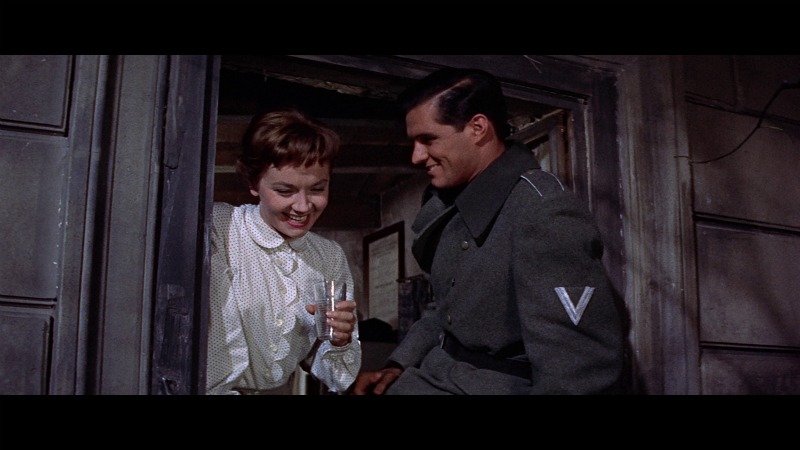 As with all Sirk’s greatest work, there’s an element of inevitability to Ernst and Elizabeth’s relationship – hell, it’s spelled out right there in the title. “Do you know how long your life is?” a fellow soldier on medical leave asks Ernst. “Just three weeks! Then you’re back to the front.” Ernst will have to return to war, with only the hope that his time home has changed him enough to manage his time there differently. When Ernst does return to war, he’s put right back into the predicament he left just three weeks prior – forced to execute people who he is told are criminals, but in whom he sees no evil. He makes a different decision, and pays dearly for it. A time to love, and a time to die.

It colors one’s entire perception of the proceedings, lending, naturally, a tragic air to the whole picture, but also calling into question Ernst’s notions of justice and good. When he puts his head down and acts the good soldier, he gets along fine; when he tries to do something to better the world, he is killed for it. It suggests that there are forces in the world larger, less explicable, than good or evil, than righteousness even, that guide not only politics and economics, but human behavior as well, and any transgression will soon be righted to ensure everything moves smoothly, that all is okay on the front. 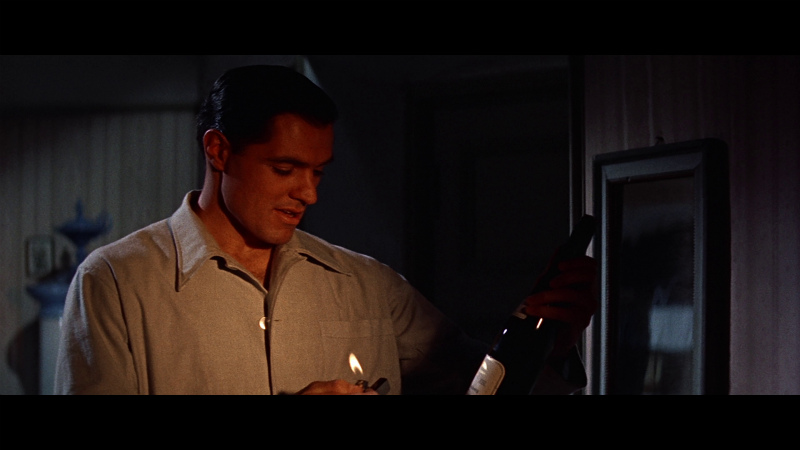 It’s an uncommonly brilliant film, one as intellectually rigorous as it is emotionally riveting, even indulgent, as with all great melodrama. For all his intelligence, Sirk recognizes the significance of feelings, and what immense stature they take in our own perception of our lives. Sirk knew how to reflect that, without losing an ounce of his own perspective on his characters. I am in absolute adoration of it.

Masters of Cinema brings A Time to Love and a Time to Die to Blu-ray for the first time anywhere in an absolutely gorgeous (Region B locked) transfer. As with The Tarnished Angels, they’re obviously working with tremendous elements, and have brought them to the digital front with near perfection. A few blemishes are inherent to the print – a line here, a scratch there – but is largely as clean as can be, some shots looking like they could have been photographed yesterday (on film, naturally). Sirk uses his color both to enhance his environment’s verisimilitude (the natural earthy tones of the front and bombed-out cities) and his more familiar expressive tendencies (many interiors, which pulsate with energy), and MoC is happy to accommodate with care. Stunning transfer, top to bottom. The film is presented in its original aspect ratio, 2.35:1. 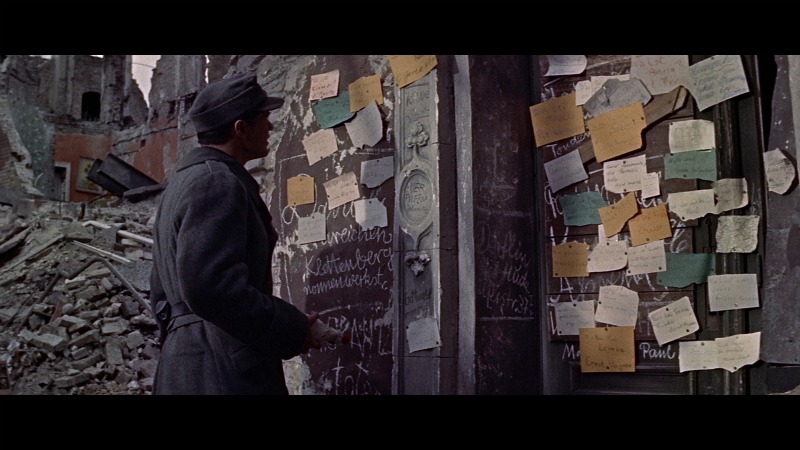 The special features may appear slightly more numerous on paper, but what’s there is pretty great. Best, of course, is a 49-minute documentary made in 1984, that uses an extended conversation with Sirk as its backbone, featuring a bounty of clips from the films discussed (a little bothersome to the modern viewer, but the clips do give one an appreciation of how far film transfers have come) with little regard to spoilers (so maybe bone up on your Sirk first; a good idea anyway). Sirk was rare in the amount of insight he had into his own work and processes, and film enthusiasts are incredibly lucky to have so much access to the great filmmaker. Next, screenwriter and author Wesley Strick (Scorsese’s Cape Fear) discusses his appreciation of Sirk and his films. Strick actually wrote a novel inspired by a heartbreaking story from Sirk’s own life, and this featurette is worth it for the story alone, so I won’t go into details here. 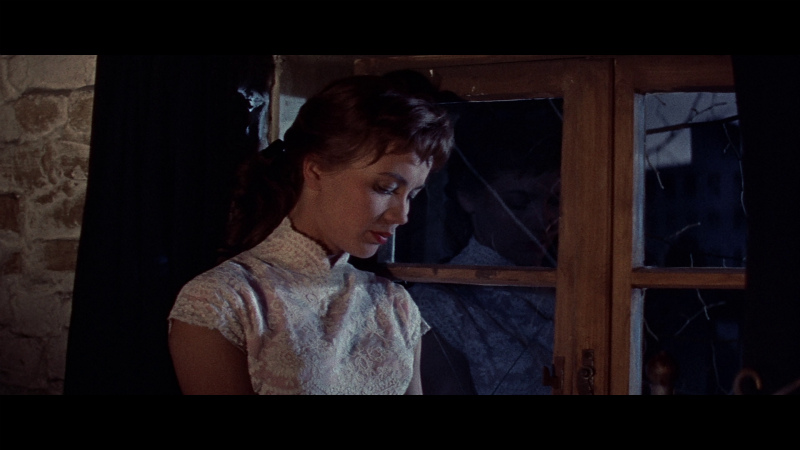 And finally, slightly less enjoyable is a 12-minute visual essay that adapts Jean-Luc Godard’s essay on the film. Now, I love Godard in whatever form I can get, but since the original essay is included with this release, and the visual version does little to enhance it, I say stick with that. And while you’re in the booklet, also enjoy an excerpt from Tag Gallagher’s tremendous essay “White Melodrama,” a scrapbook of notes on the film (very much appreciated), and a German poem (with accompanying English translation) by Johann Wolfgang von Goethe entitled “Selige Sehnsucht” (“Blissful Longing”), which was a favorite of Sirk’s, and, as they note in the booklet, represents “an expression of the core tenets of Sirk’s art.”

Overall, it’s an essential release, giving a neglected masterpiece its ultimate due, and rightfully sitting alongside The Tarnished Angels as one of the films that best represents everything of which Sirk was capable. Highly, highly recommended.