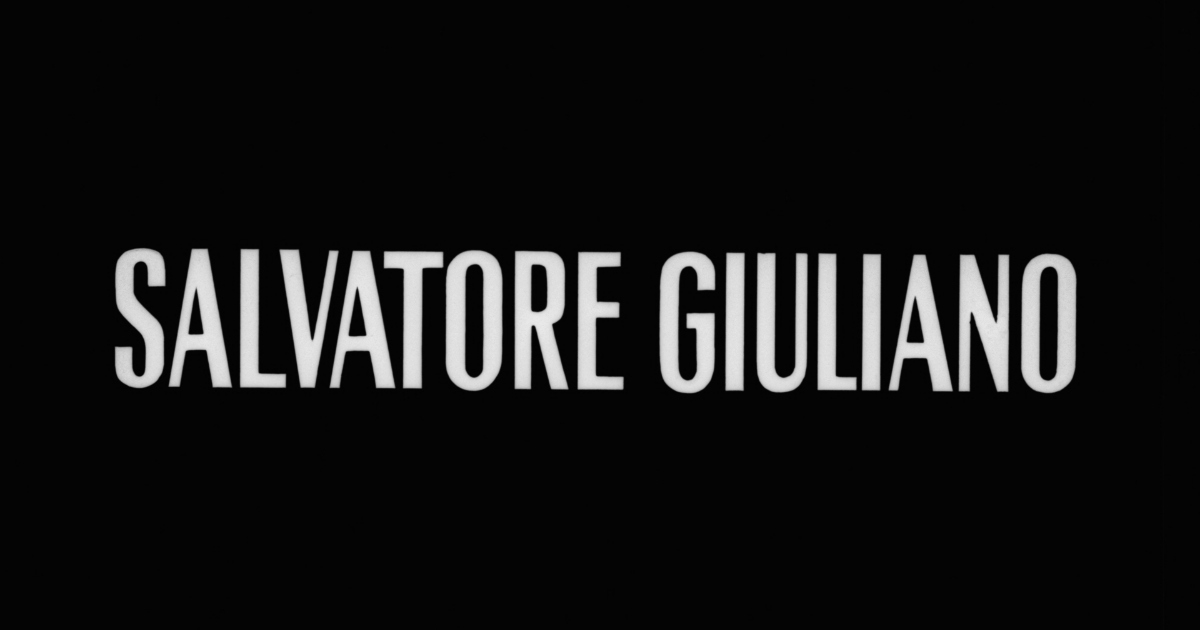 Making a film of someone’s life is always a dicey proposition. Often, the best you can hope for is to present one perspective on that person, which will inevitably mythologize them to some degree (even damning portraits have an air of romance in the cinema). This would seem to be even more difficult terrain in tackling the life and legacy of Salvatore Giuliano, a Sicilian outlaw whom many of the poorer locals considered a sort of Robin Hood, as he ran a black-market food smuggling operation when Italy was ravaged by World War II. His reputation amongst the poor rose in direct proportion to his notoriety amongst law officials, as, following the killing of a police officer, Giuliano took to extorting and kidnapping the wealthy, providing tough enforcement in the villages in which he stayed, and paying well over the going rate for supplies from poor merchants. At a time when Italians had difficulty trusting their government – in no small part because the occupying powers kept changing – criminals who favored the poor held certain prominence.

Rosi sidesteps most of the inherent pitfalls of portraying such a controversial man by keeping him at a distance. Giuliano is rarely seen through the entire film, which jumps around to various points in then-recent history, examining the lives of those who worked under and tangential to Giuliano, and those who investigated his murder. Mostly, we see Giuliano (played by an uncredited Pietro Cammarata) as a corpse. As this film was released only a little over a decade after the events took place, Rosi assumes his audience will mostly understand the context in which he’s working, and does little to accommodate the newcomer. That’s all well and good; I don’t need every film to be made with me in mind.

What is all the more remarkable, though, is how compelling it remains. Rosi’s visceral method of filmmaking places his audience so close to the action, parts resemble a sort of heightened documentary (contemporary viewers will find much in common with Paul Greengrass’s Bloody Sunday and United 93). Crowd scenes in particular come vividly to life. Rosi cast the bulk of his actors from the local community, the members of which display no amateurish hesitation in weeping, screaming, and cheering through the film’s more emotional sections. He doesn’t let his aims for realism excuse his aesthetic responsibility, however, delivering shots that, on their own, offer tremendous emotional resonance. Below, we see Salvatore’s mother draped over his body, her clothing giving her the appearance of an angel of death, or a bird caring for its young. 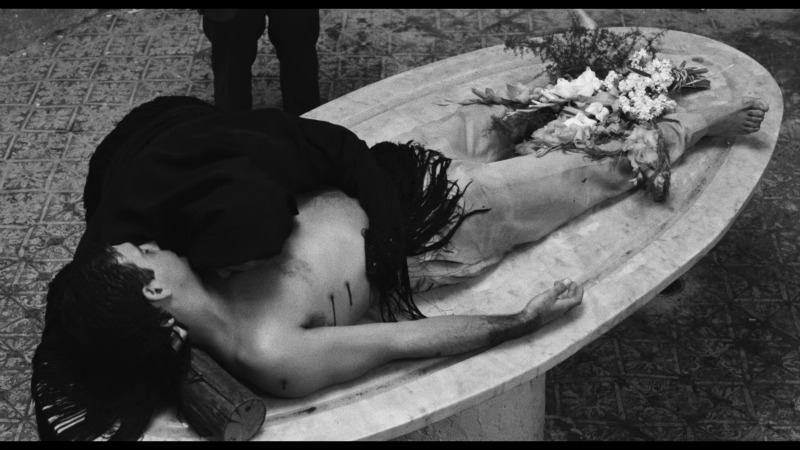 The resulting film gives an even murkier picture of the man, but a greater sense, even appreciation, for the effect he had on Italy in a very tumultuous time. I’m sure much of the political relevance went clean over my head – the film was made for an audience who very likely had a direct connection to Giuliano – but the filmmaking is so intoxicating, and the story so fascinating even within this small prism, to effect even the uneducated.

Arrow Films presents Salvatore Giuliano on (Region B locked) Blu-ray via a 4k restoration from the Cineteca di Bologna, and the results are a bit of a mixed bag. Grain is nicely rendered, damage is minimal, and stability is consistent. There’s a sense of density to the image quality that you don’t find in much “cleaner” transfers. But the image is a little on the soft side, and, especially in wider shots, background detail becomes difficult to distinguish. Contrast is also very high, with little detail in the blacks. This all may simply be inherent to the original negative, though. 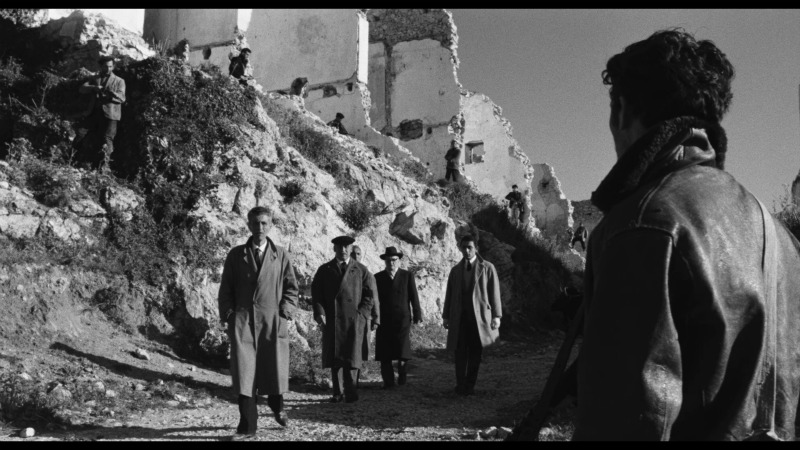 Though it offers an upgrade in image quality from the Criterion edition, don’t go throwing that out just yet, as each offers nearly a completely different array of supplements. The one they have in common is “The Filmmaker and the Labyrinth,” Roberto Andò’s excellent hourlong documentary on Rosi’s legacy, with interviews with Rosi, Martin Scorsese (who counts Salvatore among his twelve favorite films of all time), and Giuseppe Tornatore, among others. From there, Arrow provides a new interview with Rosi about Salvatore, an interview with Giuliano’s nephew about the bandit’s life and legacy, and an interview with journalist and Mafia expert (what a job) Attilio Bolzoni. Throw in a booklet with an essay by Pasquale Iannone, and annotated synopsis by Ben Lawton, and a selection of contemporary reviews, and you’re looking at a pretty package.