I’ll have to admit, I’ve been a bit bashful about reviewing Dr. Mabuse, Der Spieler, which I found to be an absolutely towering work of cinema, easily my favorite of the five or eight (depending on how you count his two-part endeavors, such as this) silent films of his I have seen. Lang accomplishes here what the cinema does so well, so naturally, reflecting an encyclopedia’s worth of thematic meaning while only glancingly speaking directly to it, couching these concerns instead within a rip-roaring, thrill-a-minute pulpy adventure story. It may be a two-part film that runs nearly five hours long, all in, but the experience of watching it is transcendent.

The title is typically translated to Dr. Mabuse, The Gambler, which, as David Kalat points out in his characteristically excellent commentary track that accompanies this film, while somewhat accurate, doesn’t paint the whole picture. Indeed, Mabuse (Rudolf Klein-Rogge) uses his powers of hypnosis and mind control to manipulate the outcome of various games in Berlin gambling dens to his favor, but in a sense that makes him the opposite of a gambler, leaving nothing to the whims of chance, nor even the relativity of talent. “Spieler” more directly translates to “player,” which, even in English, contains several meanings, one of them the participant in such games as go on in such settings, but the other meaning, that of “actor,” belies the diversity not only of Mabuse’s methods, but of the man himself. A familiar figure in the criminal underworld, Mabuse dons various disguises for his late-night escapades, none particularly convincing to the audience, but all the more suited for Lang’s theatrical world; it’s better, after all, that the audience understand the happenings of the scene than be as lost as the madman’s victims. Moreover, Mabuse is almost always playing some sort of role, be it renowned psychiatrist, gentleman, or even criminal mastermind (it is telling that his eventual downfall comes from the clumsiest of errors). 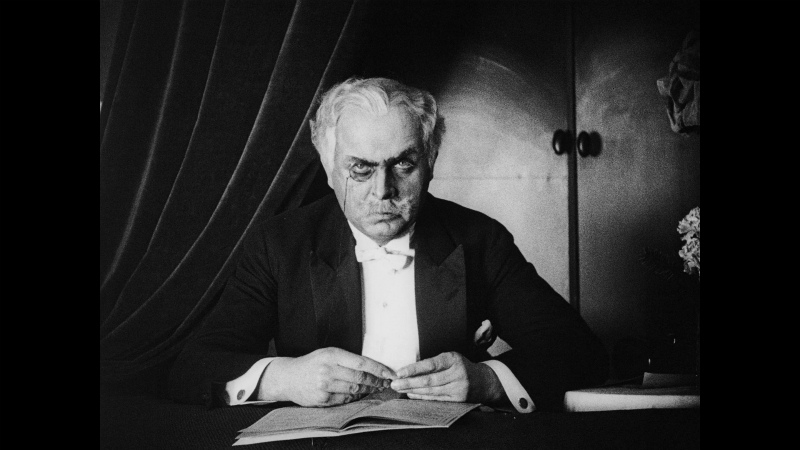 The resultant scenes, as episodic as they may be on paper – Mabuse cons one hapless rich doofus after another – end up being the most wildly inventive portions of the film. The nightclubs themselves can’t even be counted on to remain roughly similar; the most that might unite them is that they all have tables and cards, and even then, I’m not entirely certain. Some are simple rooms with a bar, others are lavish, ostentatious affairs, more akin to live theater than to a gambling hall, with trap doors and rising platforms and masters of ceremonies and girls, girls, girls. From there, Lang’s representation of Mabuse’s telepathic powers can be achieved with something as simple as a glance or and entire breakdown of the cinematic structure, as we’re plunged totally into the mind of the manipulated, losing grasp of the the simplest tenets of reality. It’s strange and surreal and hauntingly beautiful.

The actual pursuit of him is slightly less involving, but, it seems, true to the nature of police work. Chief-Inspector Norbert von Wenk (Bernhard Goetzke) builds his investigation, bit by bit, by showing up to scene after scene and victim after victim, asking the same question, pursuing the same activity, until, eventually, he catches a lucky break. I’m not say Wenk is a wanker (har har har); rather, Goetzke brings out the wild determination in his character, hardly content to play the mere stoic representation of law and order, which, in turn, fits with the general air of critique that Lang wrings from the film. It can be enjoyed, quite satisfactorily, as a crime epic, but it gains tremendously via a montage showing how a lowly merchant became a war profiteer during World War I, and onto a respected citizen in the time in which the film is set, that indicates a slightly more damning intent behind the whole affair. 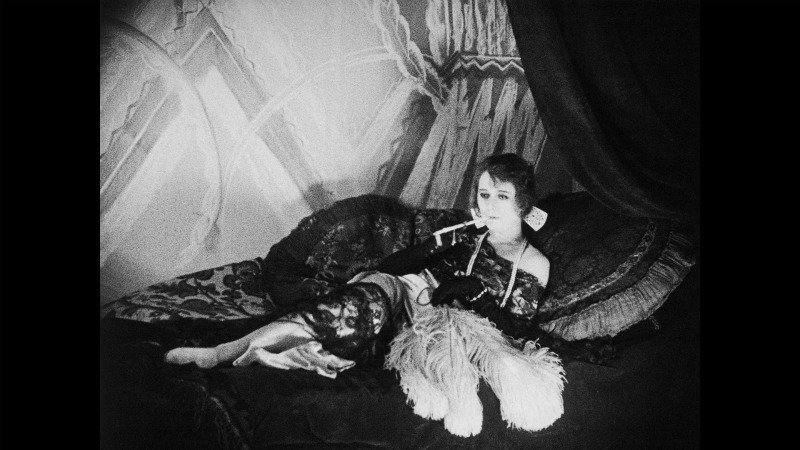 Yet Lang’s critique remains slightly opaque. On the one hand, Mabuse’s rises in the criminal empire through wild manipulation and outright theft, paralleling the actions of the ruling class, but on the other, he is sort of “taking back the night” as it were. Sure, he’s stealing from the rich to give to himself, but if Lang took a different perspective, Mabuse could almost be a class warrior. Instead, Lang seems to be ruminating on the essential greed – for money, glory, or some combination thereof – that is driving all of Berlin. The sort of wild, orgiastic, anything-goes romp that informs Martin Scorsese’s upcoming The Wolf of Wall Street is on full display in 1920s Berlin*, as the gambling halls get wilder and wilder, piling women upon women and money upon money (or perhaps women upon money and money upon women). The women could be often viewed as tokens in such exchanges – wives, fiancees, showgirls, and molls – but the truth is everyone here is selling themselves, either to one another in the form of the numerous debt receipts that exchange hands, or to a culture that is slowly consuming their very soul. Mabuse is the closest thing the film has to a free man, but only by virtue of surrendering his very identity.

*this 1920s-ness is itself of not insignificant entertainment value to someone like myself, and the parade of costumes, sets, and mannerisms add a whole layer of interest that would probably seem relatively mundane to audiences at the time, but, hey, that’s my good fortune. 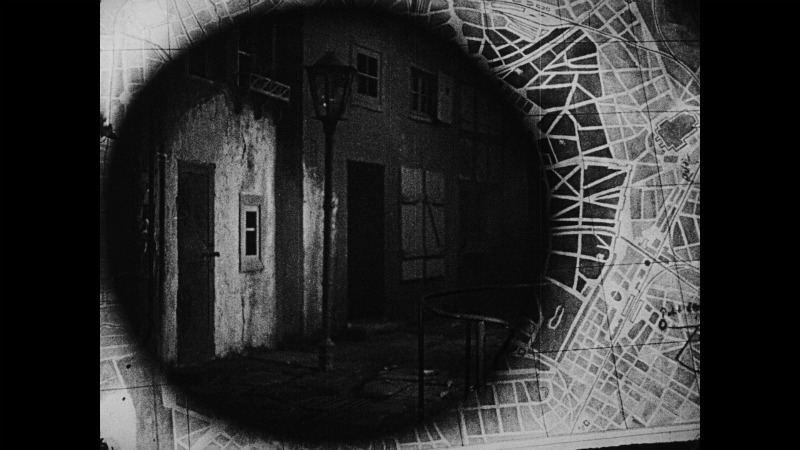 Lang was so enamored with his villainous protagonist that he revisited the character twice – not even ten years later in The Testament of Dr. Mabuse, then again in the 1960s with The Thousand Eyes of Dr. Mabuse. Testament will see many of Mabuse’s freedoms taken from him, though as many a wise prisoner would say, you cannot imprison the mind.

As with that film, Masters of Cinema does a fantastic job bringing Der Spieler to (Region-B locked) Blu-ray, its first appearance on that format anywhere in the world. Contrast is superb, stretching those great Expressionist shadows wide and deep, and MoC have tried to hide not at all the film’s age and the wear-and-tear that comes with it. The film is hardly damaged beyond recognition; it’s just not pristine. But in not reducing those concerns, everything that’s great about the source really comes out – namely depth and detail. As with most silent films, they do have an unusual frame rate to deal with (it looks like 20 frames per second, based on some sources I’m reading online and my own frame-by-frame count), which they’ve taken to solving on the Blu-ray format by repeating frames to bump it up to the technologically-dictated 24 fps. As with their other discs, this mostly works, but there is occasionally some issues as quick movements stay onscreen a hair longer than one would expect them to. That is, of course, a very minor complaint when stacked against everything else that looks so very good. The film is presented in its original aspect ratio, 1.33:1. 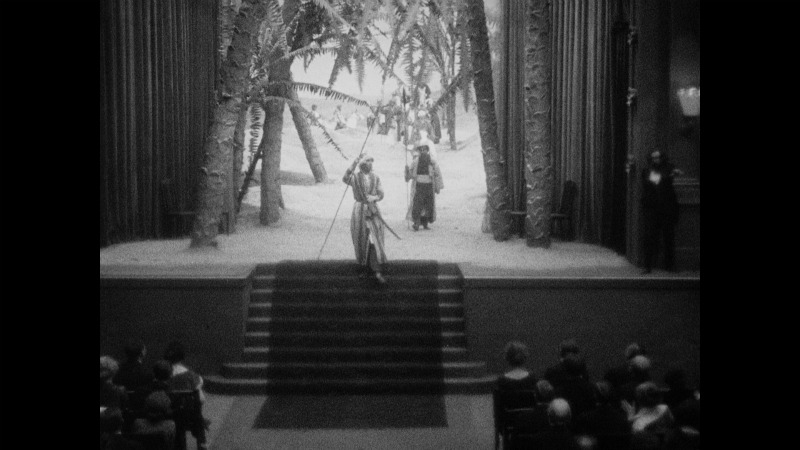 MoC have retained the audio commentary they recorded with David Kalat for their initial DVD release of the trilogy back in 2009, so, if other fans out there feel they aren’t getting enough Kalat in their life, here’s a solid four-and-a-half hours just waiting for you. I haven’t listened to all of it, but the third of it I have is just as spectacular and energetic as ever. It’s easily the highlight of the release, bolstered by an interview with the composer of the score that accompanies the film (which, by the way, is awesome; I was humming it for days), a discussion of the creator of Dr. Mabuse, Norbert Jacques, and an examination of the film within the context of the wider movements in German silent cinema. Feeling perhaps that any critical reading is more than covered in Kalat’s commentary, the booklet turns itself almost entirely over to Lang, offering a transcript of a lecture he gave in 1924 as well as snippets of various interviews he gave in later years that pertain to this film. All in all, it provides a very good, balanced look at a truly amazing film.

Due to its length, the film may seem a tad daunting going into it, but because of its intensely-furcated structure (a two-part film further divided into six acts apiece), it’s quite easy to watch in parts if need be. Moreover, it’s just damn entertaining, and I took great joy in watching it for this piece. Any fan of Lang absolutely must own this disc, which not only presents the film the best it’s ever looked, but also provides a wonderful array of special features to deepen one’s understanding and appreciation. It’d also provide a hell of a gateway to those standing on the outside of silent cinema, or who perhaps have only dipped their toes into the comedies, as they hardly come more exciting than this.