Aside from those who have received deluxe box set treatment (Kenji Mizoguchi or Buster Keaton, for example), no filmmaker in the Masters of Cinema collection is better-represented than Fritz Lang. With eleven films on DVD and six on Blu-ray, the prospective viewer can gain a fairly robust understanding of the artist’s German career (his work in America remains, sadly, tied up with various studios). I wrote last year about how floored I was after watching Dr. Mabuse, der Spieler, a two-part, four-and-a-half-hour film that seems to pass by in a quarter of that time, and here we are again, with another long (163 minutes) silent genre film as breathlessly entertaining as they come in any era or form.

Frau im Mond (Woman in the Moon) has been touted as the first science fiction film, the kind of proclamation that’ll raise several series of eyebrows. “No,” the defense will say, “We realize that From the Earth to the Moon and even Lang’s own Metropolis vaguely fall under sci-fi,” causing the prosecution to nod in agreement. “However, Lang’s film was the first prominent production to really incorporate scientific developments into the story, to ask what would really be required to travel to space, and lay in popular culture the foundation for what would eventually become space travel.” You may need to excuse the few of us who might prefer the fantasy.

Yet the resulting film merges the best of both approaches. It incorporates a terrible amount of scientific justification for the trip its protagonists make past the earth’s atmosphere and to the lunar landscape, while never quite getting bogged down in exposition; all the while, the purpose of the trip is so outlandish and unreal that it, thankfully, doesn’t quite relinquish its fantastical roots either. The mission, you see, is to find gold. On the moon. And there are several parties with tremendous interest in this discovery. Not the least of which are spies! Enemy agents bent on exploiting the dreams and ambitions of the few! 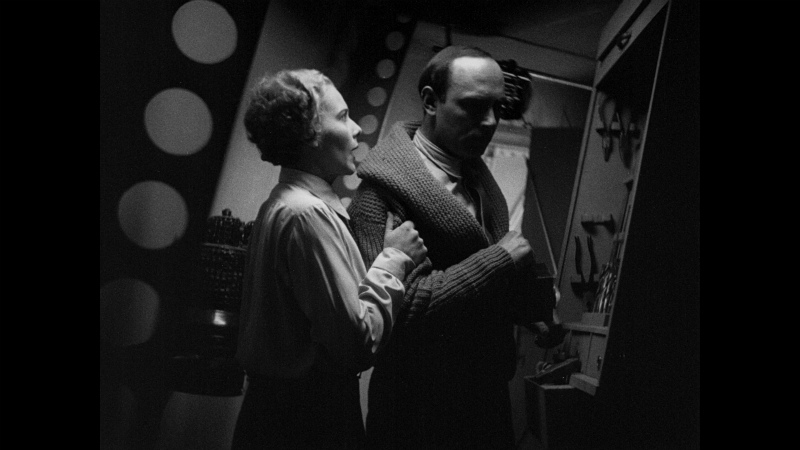 Like his other famous silent films, Lang beautifully toes the line between the absurd and the deadly serious, presenting his characters in a heightened manner that at once acknowledges that, you know, maybe the moon isn’t full of gold, but also builds his characters into affecting archetypes, bigger-than-life figures who feel more, love more, hurt more, and hope more than the rest of us. They are projections, movie-theater-screen-size magnifications of all we desire and believe in. Their mission must be as magnificent as their ambitions. It is one thing to get to the moon; quite another for it to more accurately reflect the moon they dreamed of.

As thrilling as Lang keeps the intrigue on the ground (there is one shot in particular of a man changing his face that, with one simple cut, is as terrifying an image as I’ve ever seen onscreen), it is in space where he truly – you’ll pardon me – soars. The rocket launch itself is a gripping-the-armrests endeavor (Lang is nothing if not visceral), with each character on the edge of death with each mile through which they fly at a blinding speed. The zero-gravity work is quite lovely; naturally limited by the filmmaking technology of the time, Lang nevertheless crafts a quite convincing illusion using some tricks not dissimilar to what Stanley Kubrick would employ near forty years later in 2001: A Space Odyssey – point the camera in the right direction, and our sense of order will quickly unravel.

The moon itself is unlike that which we are more familiar. No need for space helmets here – the air is fine! You can even build a campfire! While some may reduce this, and see nothing but camp or ignorance, I am elated, the adventure elements all the more tangible, the possibilities more imaginative and endless. Lang’s moon truly feels like a new frontier, one we could never reach because it does not exist, which keeps the fantasy that is so wondrous in the film firmly at the forefront, as much our dream as those of audiences in the late 1920s who couldn’t possibly conceive of actual space travel. The scientific shortcomings may date it, but in maintaining the impossible, the film remains timeless. 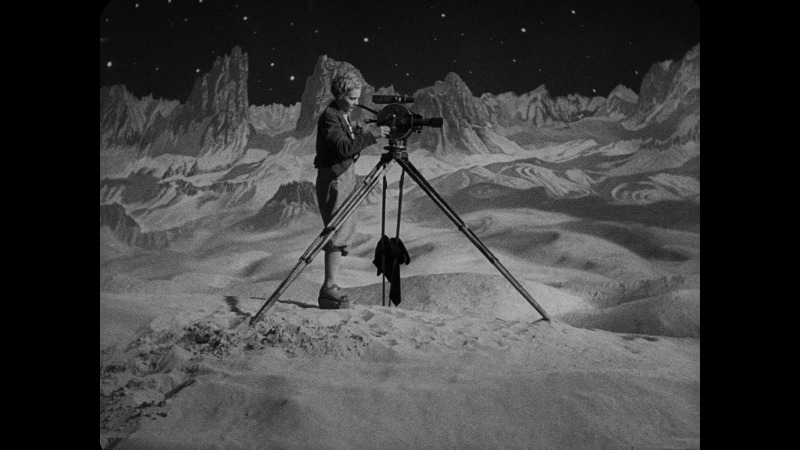 Masters of Cinema’s new Blu-ray release of Frau im Mond features one of the best transfers I’ve seen all year, from any company in any part of the world. The depth and detail on this 85-year-old film is breathtaking. Grain is heavy, but only adds dimension. The whites really pop, glowing in that classic nitrate fashion, without blowing out, only to delve into the deepest blacks without creating any jarring lines between the two. One moves beautifully into another, really capturing the way light pours across the set. This was the first and only collaboration between Lang and cinematographer Curt Courant (who would go on to work with Alfred Hitchcock on 1934’s The Man Who Knew Too Much, Jean Renoir on La bête humaine, and Marcel Carné on Le jour se levè), and both would go their separate ways once the Nazis came to power, but their collaboration here is magnificent, with some of the most stunning images in all of Lang’s remarkable career. Masters of Cinema, working from a restoration by the great Friedrich-Wilhelm-Murnau-Stiftung, have gone above and beyond in presenting them. 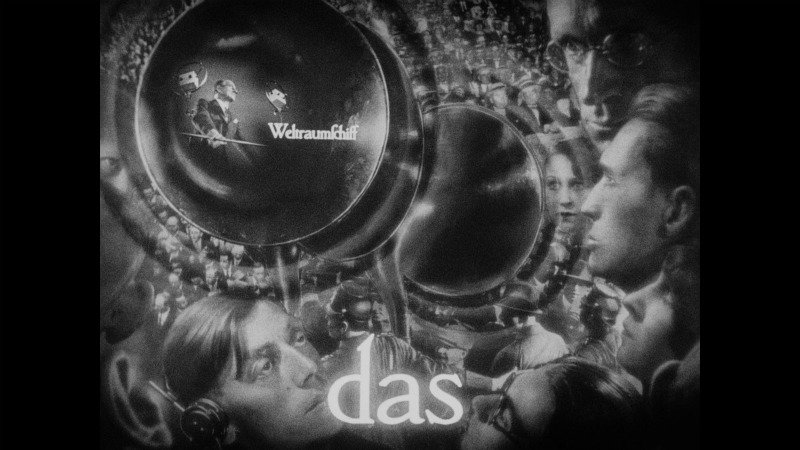 The special features, unfortunately, are not terribly supportive. On the disc, there’s a fifteen-minute German documentary that covers how Lang pulled from the science at the time, most especially rocket scientist Hermann Oberth, who was not the first to conceive the multistage rocket, but who was fortunate enough to live during a time in which this conception (which is arrived at independently) could be seen through. It’s an interesting enough program, if a little brief. The booklet, largely ported over from MoC’s original DVD release of the film, includes a rather stilted essay by computer scientist/abstract painted/mystery writer Michael E. Grost, who discusses the film’s visual motifs, development, place in Lang’s filmography, and eventual influence. All of these are broken up into separate sections, which, in addition to his rather dry writing style, makes for a rather difficult read, but there are some good insights in there. They also provide a few clippings from other pieces on the film.

Luckily, that film – and its presentation on Blu-ray – is more than worth the money all on its own.