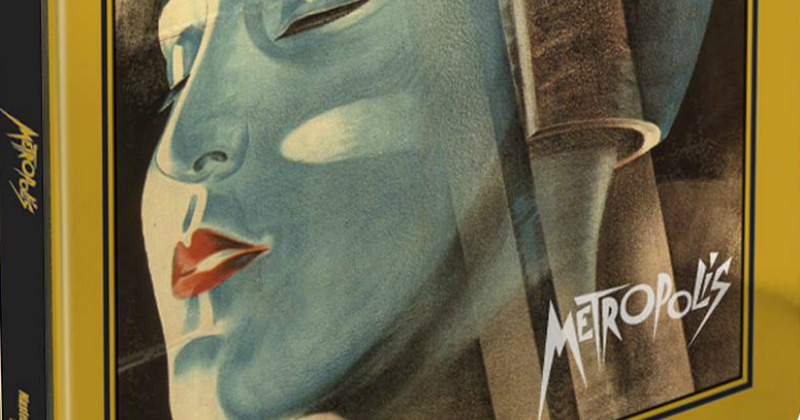 It seems a rather basic concept that one should see an entire film before rendering a verdict on it. And yet, for decades, Fritz Lang’s Metropolis was received, discussed, and beloved as an incomplete film. I do not wish to begrudge anybody that affection; I only mean to state that the greatness of Metropolis made only theoretical sense to me until I saw the 2010 reconstruction, represented again here in a new Blu-ray edition from Masters of Cinema. I understood its impact and influence. I understood the titanic accomplishment of its production, and the fusion of so many elements to create so many indelible images. On the commentary track accompanying this release, David Kalat speaks of how those images carried the film through the many edits to which it has been subjected; how even, as the story made less and less sense, those images still carried irrefutable power. But those images meant little to me. Having seen them reproduced, reappropriated, and sometimes even perverted in forms I could not possibly have distinguished throughout my life, to view the film for the first time at the age of nineteen, with so much of its popular effect deeply embedded, the images alone never stood a chance.

The story was little help in that incomplete version. When I was taught the film in 2005, the disc and professor both held the position, obvious to anyone at the time, that whole sections of the film were lost forever, never to be recovered, and we better make do with a handful of title cards explaining what happens amidst those missing reels. It wasn’t exactly the cut prepared for American audiences, and it wasn’t exactly Lang’s cut that premiered in Germany before being lost to the ravages of time. It was, at best, an occasionally stirring academic examination of what might have once been. Momentum was cut at every turn by title cards covering great chunks of plot detail; but the story, elemental and powerful though it may be, is not what makes Metropolis a great film. Like Kalat says, it’s the images – to be told of what’s supposed to be Metropolis is one thing, but one has to see it to truly understand it. 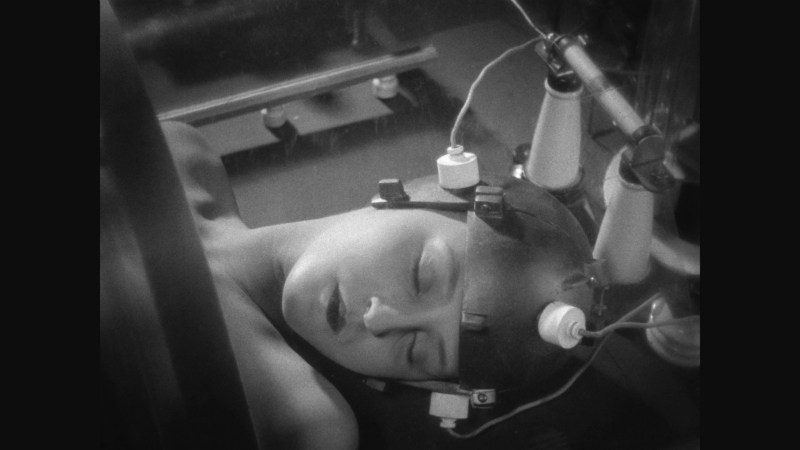 “I never really liked Metropolis,” Anke Wilkening, a restorer from the Friedrich- Wilhelm-Murnau-Stiftung, said after viewing the complete version of the film. “But now I’m thinking about revising my opinion.”

Metropolis was engineered to be the biggest film ever made. The costs spiraled so far out of control that it essentially became impossible to make back the money in first-run. But UFA’s goals were more diplomatic or colonial, depending on your outlook. Though they more or less controlled German film production at the time, UFA was determined to make a film that would conquer American theaters the way so many of their films conquered German box office. So it’s heavy on big, universal themes of brotherhood, empathy, class divisions, and, of course, l-o-v-e. It’s been suggested that the storytelling is perhaps too diluted in trying to tell a story that will appeal to everyone, much how blockbusters of today are engineered to play worldwide, and thus feel totally divorced from anything personal. 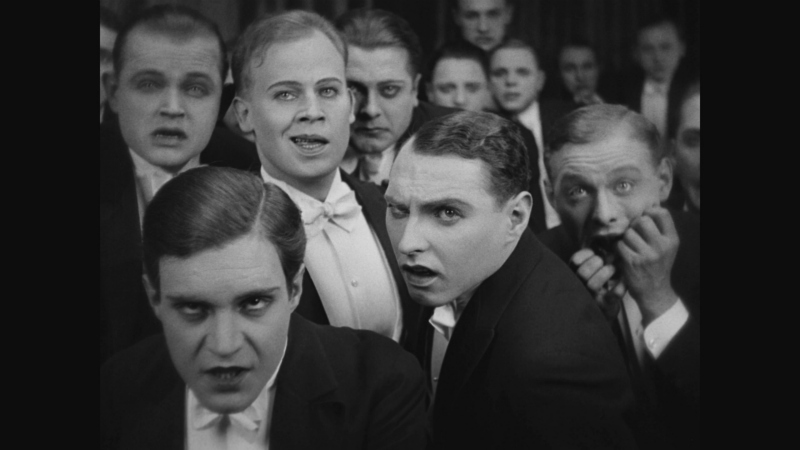 But Metropolis doesn’t feel impersonal. It borders, at times, on agitprop, a term that originated in Russia to describe works meant to agitate audiences with a propagandistic message, usually relating to some tenet of communism. And Metropolis is not short of socialist leanings; audiences in the 1920s and 1930s hadn’t yet been instructed to fear socialism. The idea that a film designed to appeal to everyone would deal with the subjugation of the working class makes the film seem dated, even as the actual themes are nearly as relevant now as they were then. More so, it’s told with the same sort of narrative urgency and appeal to genre that marked Lang’s work at the time. It feels completely of a piece with the trajectory that included Dr. Mabuse, der Spieler, Die Nibelungen, and, shortly after this film, Spione and Frau im Mond. All utilize genre to tell stories infused with action, adventure, mystery, and suspense. They are serial-esque yarns at heart, full of shady villains and noble warriors; heroines and temptresses.

Working from a series of restorations that lead to its full reconstruction in 2010 with the newly-discovered footage, Metropolis, by and large, looks extraordinarily good on Blu-ray, with stunning attention to detail, subtle contrast, with plenty of remaining texture and a transfixing flicker from the celluloid. The cityscape never looked so good. Naturally, the level of quality greatly changes when it shifts to the recovered footage. That comes from a cropped 16mm source transferred from a battered 35mm print, and it’s not in very good shape at all, but they genuinely did as much as they could with it. Since the 16mm elements came from a damaged print, all of its damage is baked into the image, inseparable from the final result. So it becomes very easy to identify the new footage, which is interesting from an academic perspective, and I have to say that they did a great job of timing the footage so that the transitions between sources aren’t too jarring. Screencaps come courtesy of DVD Beaver. 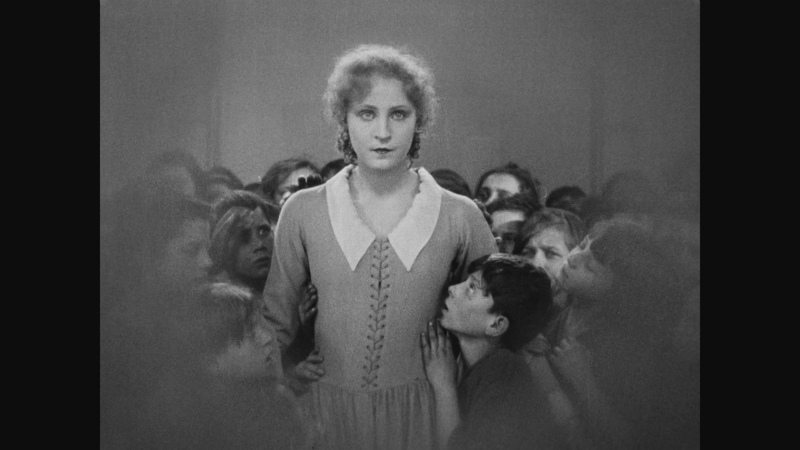 This newly-released steelbook edition from Masters of Cinema has all of the same supplements found on their 2010 disc – David Kalat and Jonathan Rosenbaum’s engaging, lively commentary track; “Die Reise nach Metropolis,” an hourlong documentary on the film; a 56-page booklet with writing from Rosenbaum, Lang, journalist Karen Naundorf on the reconstruction, and Martin Koerber, who worked on the restoration. They’ve also added “Metropolis Refound,” a documentary on the process that lead to the missing footage being found (repeats some of the information in the booklet essay, but adds context and plenty more information); and “The Fading Image,” which looks at how Giorgio Moroder’s 1984 film aided in the continuing project of restoring Metropolis.

Which leads to the biggest new addition – Giorgio Moroder’s Metropolis, previously available in an individual release from Eureka.This version added color and the music of Freddie Mercury, Adam Ant, and Pat Benatar (among others) to create a new experience of Metropolis for a new generation. I had long resisted engaging with this version as I’m a bit of a stickler for seeing a film as it was intended to be seen (or as close an approximation as is reasonable), and Moroder’s effort long seemed like an abomination.. Indeed, if this were 1984, I would think it nothing short of a travesty. Thirty years later, it’s more of a curiosity, a riff on Lang’s vision and the cultural impact it’s had ever since. The idea that someone would see this and feel that they “saw Metropolis” still causes chills, but as a sort of B-side to the main film, it’s plenty intriguing and even, at times revelatory. It’s been decently restored itself; it doesn’t look as good as the main program, but it’s still quite attractive.

The whole package comes wrapped in a new steelbook edition, limited to 4000 units. Metropolis is certainly one of the most important films ever made; there are plenty of Fritz Lang films I prefer, but the thought of not having this on my shelf just feels somehow wrong. Masters of Cinema have really gone all out on this edition, so if you didn’t pick up their previous release (or, hell, if you must have the latest and greatest), this is easily the best way to own it.

Written By
Scott Nye
More from Scott Nye
Not all of the humor will land for everyone; not all of...
Read More