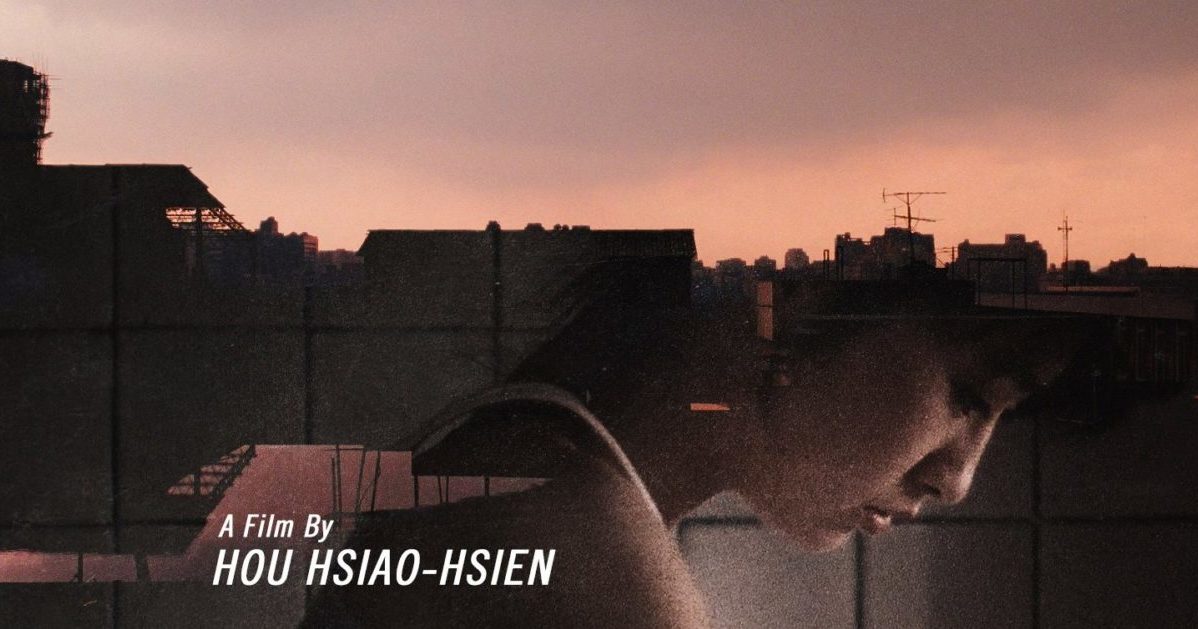 Hou Hsiao-hsien is best known and most acclaimed for historical dramas like A City of Sadness, The Puppetmaster, Flowers of Shanghai, and The Assassin, but a much more persistent subject for him has been contemporary films about young women. From his first two films through the early 2000s (after which he took a break from his native Taiwan, and, soon, directing in general), urban-set and neon-lit portraits of restless youth have proven a renewable source of interest. For those who casually dismiss Cute Girl and Cheerful Wind as pop entertainments he made for hire – they were, but they’re quite good – this trend can more definitively traced back to 1987’s Daughter of the Nile.

Lin (played by pop star Lin Yang) is in her late teens, working at KFC and attending night school (where, typically, underperforming or troubled students are shuffled). Her mother has passed away, her eldest brother killed in gang activity. Her father is largely absent, and her sole remaining brother is entrenched in gang life. She and their grandpa try to care for the house and especially her younger sister as best they can while she tries to maintain something of a social life. But even when she’s out having fun – at her birthday, riding on motorcycles, lounging at the beach – she’s stuck on memories of her family, and how distant she is from what she expected. Right from the start, in which Lin – appearing older than she will through the rest of the film – recalls her father bringing her home a Walkman after a night of burglary, we’re set up for a film of memories, fleeting moments that tell around a story more than they directly tell a story about her life.

Which I guess is sort an apologetic way for saying I hope you’re as seduced as I by people gazing longingly in neon lighting, listening to old American pop songs, and occasionally bursting into pathetic bouts of violence. Plus there’s some fart humor. The poignancy comes from seeing these moments through Lin’s recollections, her intermittent voiceover addressing some opaque plot considerations that she’s helpless to prevent or forget. She can only look back and wonder at her distractions and shortsightedness and occasional ability to recognize a purely good moment. This was a popular narrative tactic for Hou at the time, one he employed in A Time to Live, a Time to Die, A City of Sadness, and – more directly – The Puppetmaster, but only this and 2001’s Millennium Mambo posit the narrator as living in the future from when the film was made. This gives the films an incidental optimistic quality, certain that whatever our present struggles, a better tomorrow waits. Hopefully then, we’ll be free of present strife and left to reflect on all that’s passed us by.

If I had to guess which would be the first Hou films to make it to western home video, Daughter of the Nile would have been pretty far down on my list, but I’m very grateful it’s the one that broke through. When the Hou retrospective was touring two years ago, it was the second film I saw in the series and the one that most compelled me to stick with it. While I could rattle off at least a half-dozen Hou films I now prefer, this is an ideal entry point, infused with just enough genre to make its teen melodrama more appealing, and Hou’s typical lyrical reflection to not let us take much pleasure in those gangster scenes.

Masters of Cinema presents the film in a beautiful new Blu-ray edition, which gives us a consistent, film-like image with robust colors and skin tones, convincing depth and detail, and very little visible damage. The presentation does differ from how I recall the 35mm print, but it being probably the only print in existence with English subtitles, it’s hard to imagine it could continue to be called an accurate reflection of how Hou and cinematographer Chen Huai-en wanted to film to look. The differences – a slight coolness so popular in transfers these days – is not so drastic as to call into question its integrity.

I don’t normally comment on the sound for discs, unless there’s something unusual about it, and I am faced with precisely that issue today. The soundtrack is unfortunately a little tinny, distorting anytime it rises above normal conversation (let alone a gunshot), and can be a little distracting. It’s far from ruinous, it just doesn’t work ideally in partnership with such a fine visual presentation.

Supplementally, we get a nice short booklet with a “Director’s Note” and a “Director’s Statement”, both of which lean towards the apologetic. Hou admits that the film didn’t totally come together the way he was expecting, concluding, “The film is, of course, unsatisfactory. But to me, the process of making it was really fruitful.” If the film is unsatisfying, so be it; restless art has its own considerable merits. On the disc, we get a lengthy interview with scholar Tony Rayns, who walks us through Hou’s career and places this film within it.

If you’re among the many outside of urban areas who have little exposure to Hou’s films, this should prove a fine starting place – a moving little film with a terrific presentation.