With the abundance of nature documentaries capitalizing on our collective desire to see the world around us rendered in super-slow-mo, super HD, sometimes 3D, often narrated by a familiar and reassuring voice, the total effect has produced quite the opposite of its intended purpose, at least in me – the world can seem quite small, manageable, and digestible. Rarely is the documentarian shown to grapple with the elements, to seek something in vain, or face some task that’s insurmountable. There seem to merely be an excess of animals leaping about and titanic shifts in natural forces for dozens of networks and studios to capture and make all their own.

It is then refreshingly eye-opening to travel back to 1924, when George Mallory and Andrew Irvine enlisted Captain J.B.L. Noel to capture on film their attempt to reach the summit of Everest, a venture that would leave both dead, but closer to the goal than anyone had attained before. The record mirrors the journey, forever in awe and terror of what lies ahead, limited by the cinematic technology of the time and intensely curious about all that remained unknown to much of the Western world about the legendary mountain and the people who live at its base. 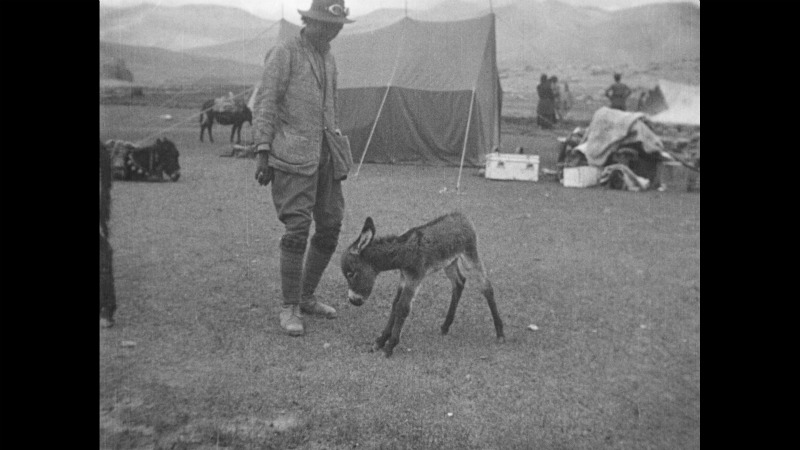 Viewing the film now, we can share their fascination, their sense of wonder at that which had yet to be conquered and known. I’ve seen a handful of Everest films, including one in Omnimax, but none communicate its grandeur as magnificently as this. Noel uses tinting in some sequences, but mostly it’s in his way of letting shots run long, allowing us to take in every possible detail, and editing the film in such a way that isn’t terribly tethered to geography, but which nevertheless presents a sense of ascending. We start to notice how the snow gets thicker, the remnants of human activity less common. By the time he reaches a palatial section of the mountain, which the intertitles insist is as blue as the tinting makes it appear, the climbing party seems to have wandered off the planet entirely and into alien realms. Perhaps it is because he is forced to present the environment in such an unreal way, either in traditional black-and-white or tinted, that the mountain takes on such an otherworldly quality, but the effect is so singular and staggering that is quickly transcends the mere task he was assigned to simply provide a record. Oftentimes, Noel cannot get his equipment where Mallory and Irvine are; he can only watch their tiny bodies traverse what seems quite plainly insurmountable. It’s a transcendent, surprisingly spiritual experience, showing man at once one with the elements and yet so very, very small against them.

Presented in its original aspect ratio, 1.33:1, in a high-definition transfer from the BFI’s new restoration, The Epic of Everest looks tremendous on this (region-free!) Blu-ray, giving a tremendous sense of depth that greatly enhances the entire purpose of the film. Grain is prevalent, but not overwhelming, and the tinted sequences especially look downright luminous. The entire point of the film is to capture the majesty of nature, which would be squandered in a lesser transfer; the BFI has heroically stepped up to the challenge at every turn, and we’re quite lucky to have the results readily available. 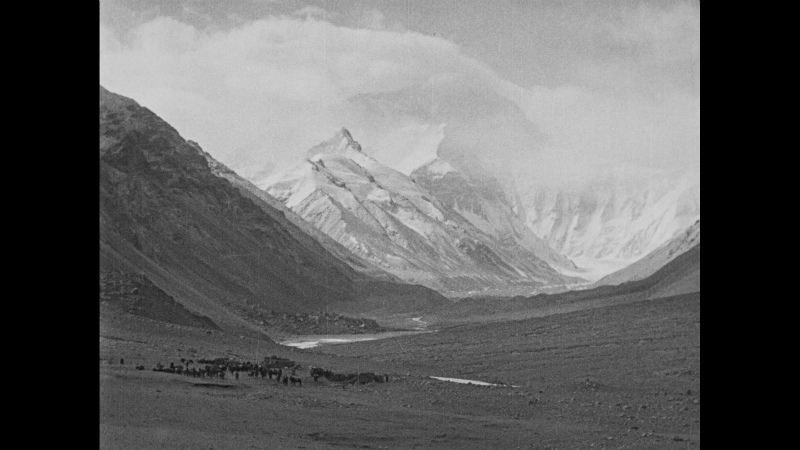 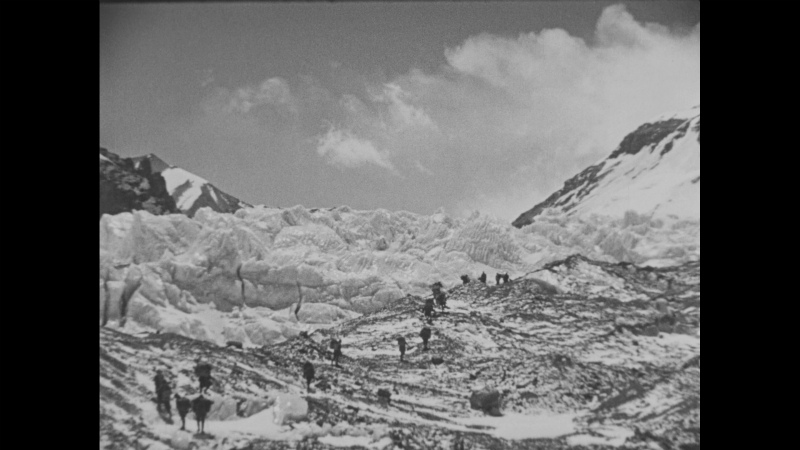 Two score options are available, and each are so distinct that your selection will come down entirely to taste. The most prominent one, which is the default option on the disc, is a new composition by Simon Fisher Turner, who takes a decidedly moody and nearly avant-garde approach, filling in ambient sounds and bits of quite foreboding music. This gives the film a decidedly different texture than the new recording, reconstructed and directed by Julie Brown, of the 1924 “score” that Noel helped craft at the time of its released. Made up of over two dozen pieces of classical music (Terrence Malick devotees may recognize Bedřich Smetana’s Má vlast, from that filmmaker’s The Tree of Life), it does a much better job at capturing the sense of adventure and wonder of the expedition.

Special features are fairly slight – three featurettes running under ten minutes apiece, one providing an introduction, another a look at the process of restoring the film, and finally one on the new score that was created for it. Definitely give the introduction a look (though, as is often the case with such things, it’s best saved ’til after you’ve seen the film), and the other two are worth consideration for those with an interest in such matters. I’m a bit of a restoration nerd, so those features always fascinate me, and I will say that hearing from Turner about his musical process was enlightening, especially his supposition about the wind atop Everest. Basically, he figured, since it’s the highest point in the world, one could hear the wind from all corners of the globe. So he gathered the sound of wind from other Everest documentaries, as well as samples from other regions he has access to, and combined them. None of this made me much more enthusiastic about the end product, but I did appreciate learning this side of things. There are also four music pieces that were part of the film’s original exhibition, presented here as audio-only supplements. 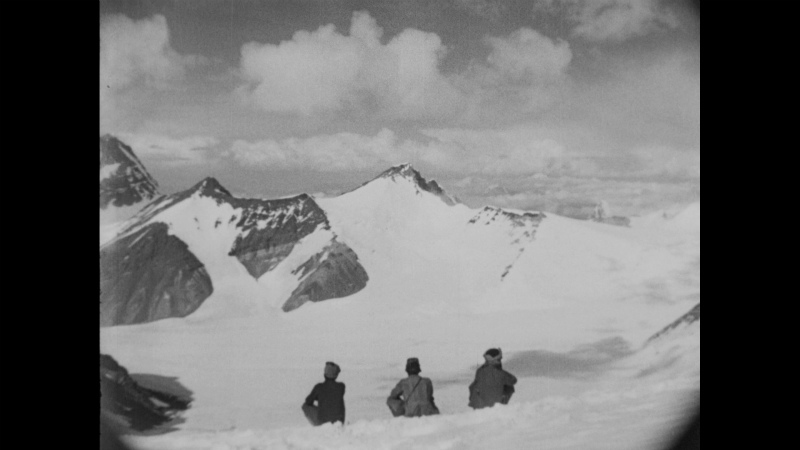 As I noted at the top, I tend to feel a little underwhelmed by the majority of nature documentaries, which so take for granted their subjects that they end up undermining the very power they felt so obviously communicable. Noel, despite having only this single feature to his name, seems to naturally understands his medium and subject, and beautifully communicates the staggering feat before them. I was in awe.