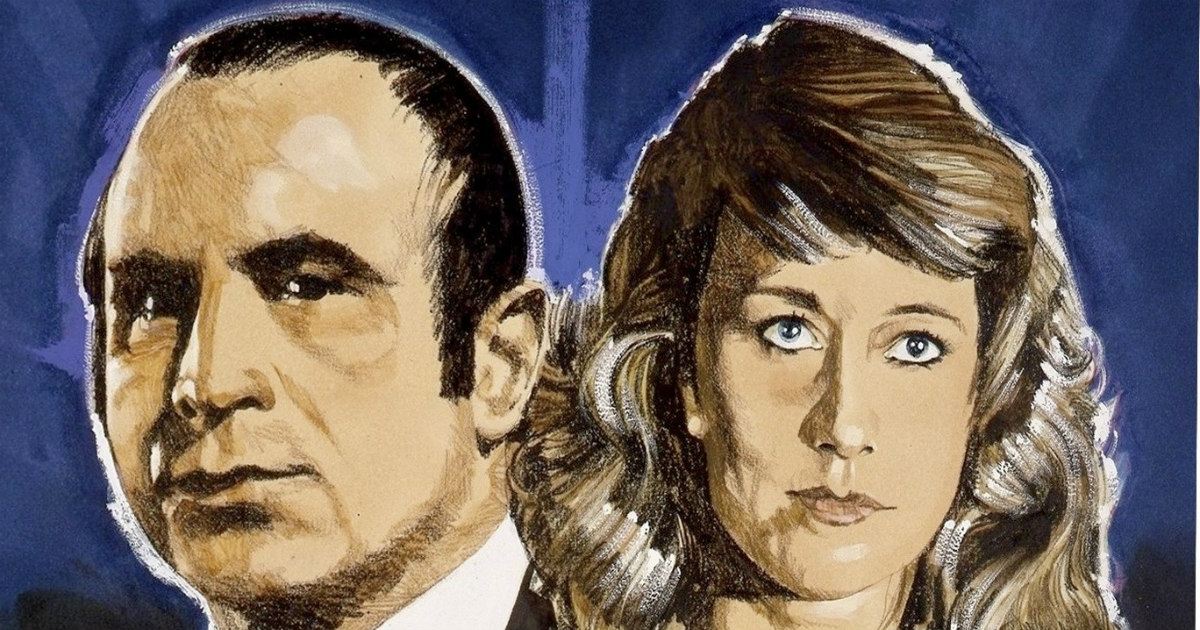 Throughout the supplements on Arrow’s new (rather impressive) Blu-ray edition of this landmark gangster film, nearly everyone involved speaks of their collective desire to simply make the best film they possibly could, and in many ways, The Long Good Friday is just about the most natural result of that pursuit. Nothing goes unaccounted for, the characters are all richly drawn, the narrative drive is forceful without overwhelming a chance for reflection, and there’s just enough of a mystery to the whole thing to keep the audience hooked. The satisfaction that can come from such a well-rounded, expertly-delivered film can sometimes, however, be diminished by the sheer contentedness of the thing. Life is unwieldy, unpredictable, and sometimes incomprehensible, and films that ignore those qualities in the pursuit of “perfection” can feel closed-off.

Indeed, most of The Long Good Friday follows this tendency – Harold Shand’s (Bob Hoskins) is a London gangster on his way to legitimacy, if only he can convince a visiting American (Eddie Constantine) to invest in his development plan. But wouldn’t you know it, this just happens to be the weekend that his entire operation is under attack. Can his wife, Victoria (Helen Mirren), continue to charm them while he gets this whole mess under control? Can he get this mess under control? Who’s attacking him anyway, and what secrets will they dredge up? All fairly potent stuff, but it isn’t the thrills that make the film so effective. What absolutely seals it comes down to a single shot at the very end of the film, and here there be spoilers:

As desperate as he gets throughout the film, Harold puts himself forward as a man who can handle anything. And by the end of the picture, we sort of think he’s right; the Americans may not have gone for his deal, but we’re meant to think they’re shortsighted. Our sympathies naturally align with a protagonist who’s under attack. But with this brief, fleeting shot, lasting only a couple seconds as we see a kidnapped Victoria dragged away in a car running the opposite direction as the one he is in, we get the sense of it all suddenly being whisked away. A man with influence can get many people to do many different things, but in the end, he has only his body and his wits, both of which have considerable limits. Sometimes, there’s just no escaping.

And that was the moment this Very Good gangster film turned to greatness. It’d be well and trite to see him get away with it, a nice little indictment of capitalism that we all generally agree with. To see him not get away with it, and see the interests that may be taking his place, requires a great deal more consideration and uncertainty. The future painted by his success would be a familiar one; the one we’re left with is chaotic and frightening, ultimately unknowable. If this guy can’t master it, what hope have we? 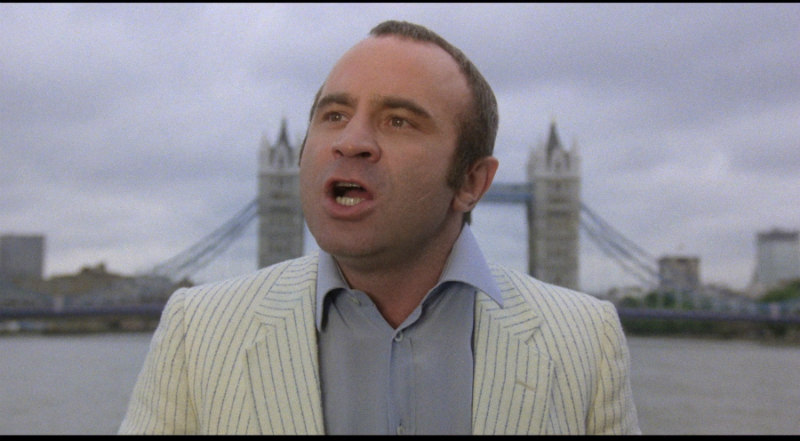 Arrow brings The Long Good Friday to an excellent (Region B locked) Blu-ray edition via a brand-new restoration sourced from the original camera negative and supervised by cinematographer Phil Meheux. The restoration comparison on the disc is pretty convincing stuff, but the result itself would be plenty striking all on its own, with natural skin tones, well-rounded (not overbearing) contrast, and just an overall density and depth that’s enormously pleasing to watch. This isn’t the sort of flashy cinematography that necessarily calls for Blu-ray for many, but it’s the sort that seems to pop all the more because of it. You’d never guess how much image there is in seemingly simple images.

The disc comes loaded with a commentary from director John Mackenzie, a comprehensive documentary on the making and releasing of the film (the most interesting tidbit: a distributor wanted to dub Hoskins, fearing his thick accent would be incomprehensible in America, and the production actually sued them and found a new avenue), along with interviews with producer Barry Hanson, Meheux, and writer Barrie Keeffe. There’s also a brief – interesting, but hardly essential – comparison between the UK and US soundtracks; some lines were redubbed by the actors for clarity, and changing some British slang to terms shared with Americans. 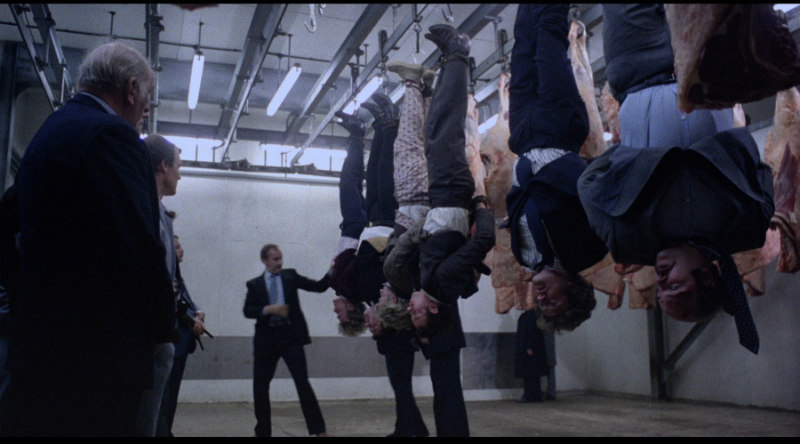 The limited edition version (still available from the Arrow store and Amazon.co.uk) also comes with Neil Jordan’s Hoskins-starring Mona Lisa, as well as Mackenzie’s rather odd farm safety film Apaches, which apparently has haunted children in the UK for decades. In it, children make innumerable mistakes around farm equipment, leading to a number of surprisingly-gruesome deaths. It is, to say the least, an odd use of some extra discs in a box set, and for that, I greatly commend Arrow. The image quality there isn’t exactly pristine, but also a whole lot better looking than you might expect. That disc also includes an introduction by Meheux, who shot Apaches, as well as more Long Good Friday material – a Q&A with Hoskins and Mackenzie and extended interviews with Hanson, Meheux, Keeffe, assistant director Simon Hinkly, and assistant art director Carlotta Barrow. As the talks on the main disc run quite short, I’m glad Arrow found room for them elsewhere. The Mona Lisa disc features a commentary with Hoskins and Jordan, and interviews with Jordan, writer David Leland, and producer Stephen Woolley (this reviewer did not receive this disc, and cannot comment on the image supplement quality). Mona Lisa is also available separately, but Apaches is exclusive to the set. The whole thing is wrapped up with a 100-page book chock full of writing.

All in all, it’d be difficult to comprehend a more comprehensive package for The Long Good Friday, and while the box set does boast a higher price point, it provides such a fascinating look at the entirety of the film, with two bonus films providing greater context for the career of its director and star. Available from the Arrow store for less than the cost of buying The Long Good Friday and Mona Lisa separately, it’s quite a bargain, too.