A few minutes into the commentary track included on this Blu-ray, Australian writer/director Kim Mordaunt notes that he and his producer Sylvia Wilczynski were inspired to make this film during the process of shooting their 2007 documentary Bomb Harvest, an experience that apparently lead them to spend ten years in Laos. I did not know the nationality or race of the filmmaker before seeing the film, but, to be perfectly honest, hearing that this film was the result of a white man living amongst an impoverished people really clarified the film’s central problem – it’s the result of an outsider looking too-admiringly at a group of people he feels sorry for, so much so that he decides to construct a happy ending both to prop up his subjects, and to assuage perceived (Western) audience concerns that an actual portrait of the poverty in question would just be too much of a bummer. It’s weak, cloying, undercooked filmmaking, heavy on the superficial “authenticity” that informs set design, but so slight on the emotional authenticity that would actually resonate.

Ahlo (Sitthiphon Disamoe) is born to bad luck, quite literally – his twin died during birth, and, due to a local superstition that twins bring bad luck, his grandmother encourages his mother to kill him as well. His mother’s sympathies win out, but Ahlo is stuck then having to constantly disprove his grandmother’s beliefs, a feat that gets more and more challenging at every turn, as the boy has something of a knack for getting into trouble. Things go especially poorly once he and his family are forcefully evacuated from their homes by Impersonal Western Force, until he latches onto a chance for salvation via their new village’s local annual tradition – an amateur rocket festival. 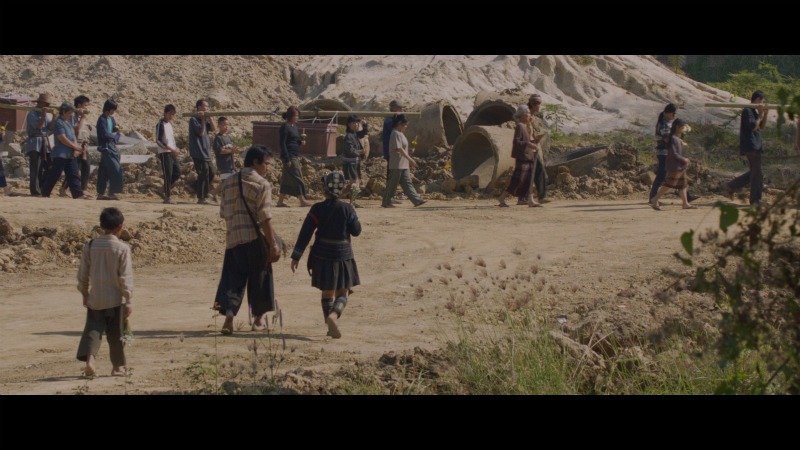 Bomb Harvest becomes something of a jumping-off point. That film followed a bomb disposal specialist (who, like Mordaunt and Wilczynski, is Australian) as he goes about the business of safely detonating the many resting explosives that litter the Laotian countryside. During the Vietnam War, Laos was a heavy target for US bombers, so much so that it earned the dubious distinction of being the most-bombed place in history. Nearly a third of those failed to detonate as expected, but have just been left sitting there, drawing in street children hoping to mine them for scrap metal and repelling more fruitful efforts, including growing food. Bombs are constantly within range of characters in The Rocket – one slight misstep, and trouble hits. But more to the point, the history of war, genocide, and poverty in all their forms pervades the film, and the history of U.S. involvement in the region leaves one character in particular ostracized and permanently scarred, in unexpected ways.

Which is to say, again, that Mordaunt has a very clear, sharp sense of place, less so an instinct of how to bring those elements together to create satisfying drama. There is an extent to which the film indulges its protagonist, telling the story from his young point of view, divorced from the specifics of why his new friends are ostracized or what exactly his father hopes to do for money or why they’re being moved in the first place, but all of these pile on to create a story that’s just rather simplistic. Mordaunt takes it for granted that we don’t give the superstition any credence (the grandmother is almost hilariously evil), but overcoming it is essentially Ahlo’s sole obstacle, and so the conclusion to that struggle becomes quite easily foreseen. For as invested as Mordaunt is in the setting, he’s shockingly disinvested from his characters. 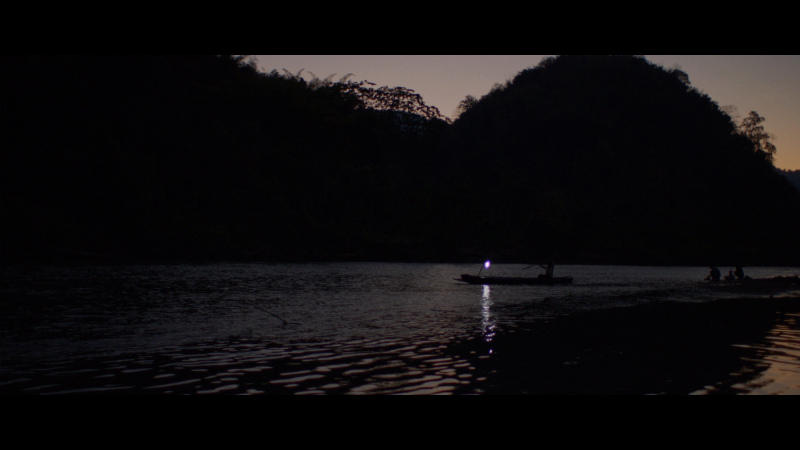 Eureka’s new (Region-B locked) Blu-ray edition of The Rocket is quite spectacular to look at. The colors of the Laotian countryside really pop, excellently detailed and quite crisp. Special features are limited to the aforementioned commentary with Mordaunt, which is informative if a bit sparse (long sections go by in which he has nothing to add), as well as a 20-minute making-of featurette, which is sort of a classed-up EPK (a lot of clips from the film, with snippets of interview). I cannot recommend The Rocket sight unseen, but I know I’m in the vast minority for not much caring for the film. If you’re one of the many who are fond of it, this is a very fine way of owning it.