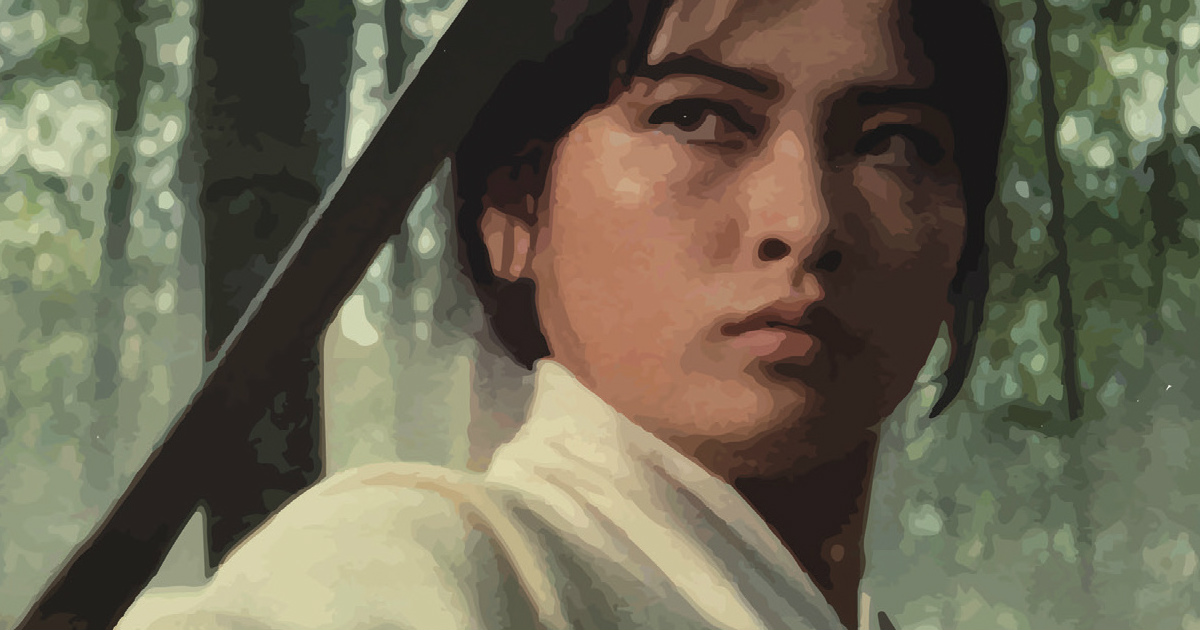 King Hu’s A Touch of Zen is such a good movie that you kind of wonder if maybe they should have stopped making movies altogether after it. Sure it was completed in 1969, and we would have missed out on hundreds of greats, but really, be honest now, in the face ofA Touch of Zen – how good were they really?A Touch of Zen almost gets to what Hou Hsiao-Hsien used the wuxia genre for in The Assassin, but about fifty years ahead of it. Its first hour contains zero action scenes. I wondered for a good portion of the film if it had merely been incorrectly billed. When the fighting does start up, it’s thrilling and all, but is more naturally an extension of the languid pace it had previously established. Every element of the film flows through to the next and back again. The protagonist for that entire first hour is virtually abandoned by the end, but by that point, the film has far transcended the usual call for an audience surrogate of some kind. It’s become a film of beauty, of movement, of action, of inaction, of spirit and spirituality. Its climactic fight is barely a fight at all, ascending through realms yet unimagined, communing with the world around it, sharing emotional space with every living things and all those not yet born. It is a moment not of terror, as 2001: A Space Odyssey portrayed another such journey, or of triumph, as Speed Racer did, but of spectacular realization. Of enlightenment.

Ku (Shih Jun), a scholar who loves his work and has little desire for success, lives with his mother, who urges him to get married and take a state exam to attain a position in life. He laughs off both concerns, but when a beautiful young woman (Hsu Feng) moves in next door, he can only push his mother away so much and stay within good manners. The strangers, however, is unreceptive to Ku’s, or his mother’s, advances, a resistance made suddenly clear when it is revealed she is a former member of the royalty and a fugitive. Since escaping, she has trained as a warrior, and she and her guards have thus far eluded capture. But their enemies are descending, and in greater numbers. Luckily, Ku, though lacking even basic physical coordination, has quite a mind for strategy, and has just the plan to fend them off…

The plot inA Touch of Zen could easily be compacted to two hours, and probably even ninety minutes from there, but the joys of seeing it spread out over a full three hours are innumerable. To be so firmly entrenched with the peaceful, unambitious Ku before violence becomes the truly-shattering force it’s not nearly often enough depicted to be; to watch these battles play out over fifteen, twenty, thirty minutes; to move from one character to the next, backwards and forwards in time, beyond the physical constraints of the immediate surroundings. I don’t have a lot of direct experience with the wuxia genre, but I take it that effects like the trampoline jump and other manners of short-term flight are not uncommon; the genre using such elasticity to express something far more resonant than physical danger.A Touch of Zen simply takes that a step further, by inserting disconnected shots of rivers, trees, and other parts of nature in the midst of battle, representing the transcendence its more successful combatants are drawing on for their success. A Touch of Zen never meanders, but it does explore. It lets certain moods – victory, eroticism, terror – settle in completely before complicating or upending them. Its world is not fixed, but can often feel that way, making those moments of transcendence all the more wondrous.

A Touch of Zen underwent a historic restoration in 2014, the results of which are presented here on (Region B locked) Blu-ray. It is quite stunning, though not without its (perhaps unavoidable) issues. Color tones are natural and feel true to a film balancing a degree of realism with colorful costume details, and shot on the stock available in the late 1960s. Depth, texture, clarity, and contrast are all top-notch. On this three-hour film, I didn’t notice any compression artifacts or damage. However. Occasionally during the film, there are these strange dark smudges smeared across the lens. This is extremely apparent at the 2:21:40 mark, but at many other spots as well. My guess is these are inherited and unavoidable. A rather small blemish on an otherwise remarkable disc, but I felt it worth noting.

The Blu-ray contains a new audio commentary by film scholar Tony Rayns over select scenes, which, when you select the “commentary” option from the menu, the disc helpfully skips ahead on its own to only the scenes he’s remarking upon. Rayns is an expert on Asian cinema, and it’s easy to see why with this track, which goes through the working histories of King Hu and all of the principle cast, along with fantastic insights into the way King worked Buddhism into the story, despite he himself not being a Buddhist. Masters of Cinema’s limited edition also includes a bonus disc with a 47-minute documentary on the filmmaker, and a video essay by David Cairns, but we were not sent this bonus disc. The booklet includes a introduction by King Hu, which accompanied the press kit for its screening at the 1975 Cannes Film Festival; a short analysis of “The Eight Characteristics of The Swordsman in King Hu’s Films”; a 1975 interview with King Hu by Tony Rayns; and “The Magnanimous Girl” by Pu Songling, the short story upon which the film is based. Even without that bonus disc, but certainly once one accounts for it, this is a spectacular release, featuring truly one of the greatest films I’ve ever seen. I cannot hope enough that this new edition brings more people to it.