Sometimes it’s wise to take the “hey, whatever gets the movie out there” approach. Masters of Cinema has recently embarked on a collaboration with the World Cinema Foundation to release box sets of the films they have helped restore onto home video, a completely noble and commendable endeavor. I do wonder, however, whether grouping them in such a way is doing more to bolster the films, or the company handling their revival.

The three films we have here – Trances, Dry Summer, and Revenge – could not have less in common. They differ in nationality, narrative, theme, aesthetic, film stock; that two of them have the same aspect ratio is nearly the only unifying characteristic. Surely they benefit from the lower price point – a cool £28.00 for all three compared to the usual £12.00-£14.00 asking price for a single title – but to what extent? Is it purely the fact that Martin Scorsese, chairman of the World Cinema Foundation, has lent his name (as well as face in the video introductions) to them enough to give them credence? Is there no hope for cinephiles to simply trust the Masters of Cinema label that they need yet another label to endorse them, and only then in a group?

Whatever the commercial concerns that resulted in this decision, I can’t go so far as to say their motivations were without merit. It’s not that the films are not good enough on their own; I would enthusiastically and unreservedly recommend any cinephile to rush out and own each and every one of them. Hell, Revenge alone is worth the £28.00. But others may see the landscape a little differently. And so this set, in some ways, appeals to everyone. Those who have been eagerly awaiting the release of one specific title will find much to celebrate; those who collect indiscriminately will add three for the price of two to their collection; and best of all, those willing to just take a leap will be exposed to three very good, even great, films that would have had difficulty finding an audience elsewhere. It may be transparent in its goals, but dammit, the set works. 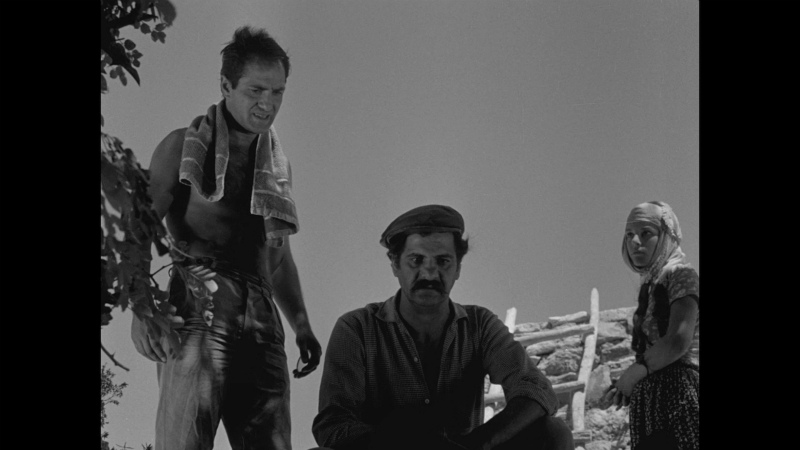 I already wrote quite a bit about Dry Summer, but it is worth emphasizing two things – first, that it is a spectacular film that grabs you by the throat and doesn’t let go, somehow perfectly conveying the passage of time while also keeping the pace moving relentlessly; and second, that there is one shot of violence against an animal that it entirely unnecessary and almost impossible to watch. Despite having tremendous sympathy and affection for animals, I have a pretty strong stomach for stuff like this, but it was way too much for me to entirely get past. Your tolerance may vary one way or the other, as I can still very easily say that I really, really like the film. Despite being shot in naturalistic settings with only one terribly exaggerated performance, it has the feeling of an especially grim comic book or cartoon, warped in the way of There Will Be Blood or The Long Goodbye, those films that seem very artificial yet inextricable from the horror of the world we’re put into.

Ermek Shinarbaev’s Revenge also seems entirely not of this world, but in very different ways. It may be the most beautiful of color films, to begin. Shinarbaev’s compositions are truly like paintings come to life – not in the way Kubrick accomplished with Barry Lyndon, but in the sense of using the embedded qualities of cinema – exposure most prominently – to shape reality in a painterly way. The images he finds are unlike anything I’ve seen, seemingly pouring a pure, almost heavenly, light or drenched in darkness so pervasive, it seems to have density. The narrative stretches centuries, but largely settles on a couple decades in the first half of the 20th century, following a familiar with the titular subject very much on their mind. Along with the typical futility that is explored in such narratives, Shinarbaev explores the tricky nature of legacy and birthright, the extent to which children owe their lives to their parents, and the way the sins and offenses of the past reverberate throughout time. Despite not really calling specific dogmas into question, it’s an immensely spiritual film, one that seems to intrinsically understanding the connectedness of simply being alive. 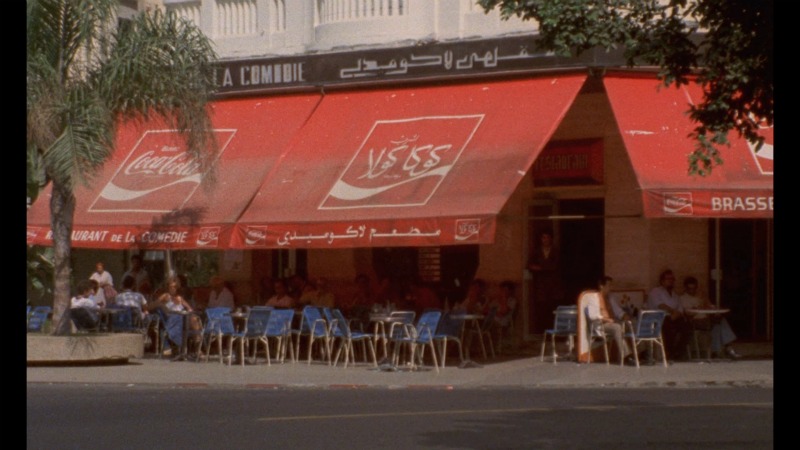 Ahmed El Maanouni’s Trances could not be more distinct in its approach or tone, yet it, too, is about finding that same spiritual connectedness; here, through music. The film follows Moroccan band Nass El Ghiwane as they play shows, recount their origins, and debate the future of their organization and even basic profession. Bilge Ebiri, in the essay included with this release, notes that the band has been compared to The Beatles, The Rolling Stones, and Bob Dylan in terms of their cultural impact, and yet they seem throughout the film like a band that is in the rocky stages of catching their big break. They do not know if it will be viable for them to continue to make money at it, though they are not concerned if they should not. They are focused solely on the music, and with good cause – their songs are truly incredible, deeply felt and spectacularly executed, a sort of extension of Phil Spector’s “Wall of Sound” but accomplished entirely with practical instrumentation and their own voices. Trances began as a concert film, and much of that genesis remains, making for the film’s most explosive sequences, so compelling that I usually switched the subtitles “off” in order to experience the purity of the music to which the band’s many fans were so ecstatically surrendering. Their dancing feels like an extension of the music, and vice-versa, creating a total onslaught of bodies, movement, lights, music, screams, and cheers. After that, it scarcely matters what else the film is trying to accomplish, though rest assured, there’s plenty of traditional documentary in there as well.

Just as each are very distinct films, each present their own challenges in and modes of presentation in transferring them to Blu-ray. Trances, shot on 16mm, retains the power of that smaller format, full of grain and washed-out colors, but beautifully in tune with the band’s low-tech and earthy art. The transfer, subsequently, doesn’t offer much in the way of sharpness or depth, nor would I especially desire it to, but the palette is bold and rich, suffering not at all from compression artifacts, even as El Maanouni and his team rush from subject to subject around the band’s concerts; all his images retain their power and potency. 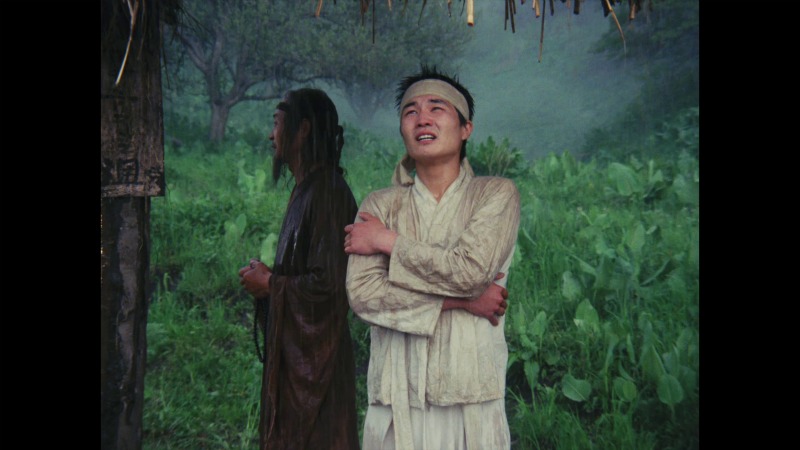 As mentioned, Revenge is one of the most beautiful color films I’ve ever seen, and I’d only know so because the transfer replicates it so well. This is where you get all the sharpness and depth your could desire, with images so rich, they feel as though they are in some imagined version of 3D yet to be developed. The way the dust dances about the air is mesmerizing, because each little flake is rendered with the clarity some outfits can’t even afford to give to faces. It is an absolutely gorgeous restoration and transfer. Dry Summer doesn’t offer as many technical challenges, but is crisp and clear, with great contrast for the black-and-white cinematography.

The only special features on the disc are introductions by Martin Scorsese that mostly amount to him providing video proof that he approves of these releases (each run only a couple of minutes), and the 80-page booklet only spends about half of that on content, only 24 pages on the essays (by Phil Coldiron, Bilge Ebiri, and Kent Jones) themselves. The essays are very good, however, discussing a lot of valuable behind-the-scenes information, from basic production information to whole reams of cultural background to which a British or American audience might not necessarily by privy. It’s a slim package, unfortunately, but what’s there is very strong, and the films themselves, I hope, will start to make a lasting impression on the cinematic landscape.

Written By
Scott Nye
More from Scott Nye
The Oscar-nominated film is now available on DVD, and is a must-see.
Read More