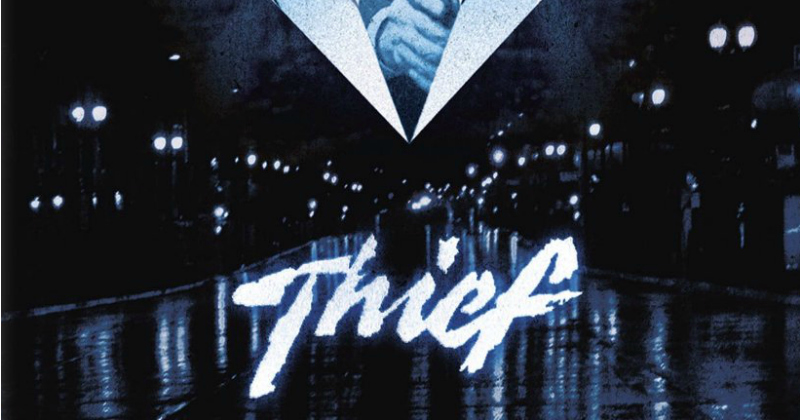 The first Michael Mann film I saw was Collateral, upon its release in 2004. I liked it immediately. In the ten-years-and-change since, I hadn’t really enjoyed the films of his that followed, or the earlier ones that I watched here and there.. That all changed last month with Blackhat, the sort of film that, though lacking in more “classically” compelling attributes like complex characters, logical storytelling, or even, occasionally, audible dialogue, has a weird sort of purity that suddenly brought Mann’s whole “thing” into focus. Besides providing an electrifying experience all its own, it made me keen to revisit those past films to see what I might have missed. And wouldn’t you know it, Arrow Films was putting out a brand-new edition of Thief, his 1981 crime thriller.

I hadn’t even seen Thief that long ago. I caught up with it for the first time last February, following its release from Criterion. Like the bulk of Mann’s work, I found it quite stilted, too admiring of its protagonist, too obsessed with his “vibe,” his “cool” if you like. And yes, if the trajectory of this piece was not already evident, I realize now how wrong I was. Sure, we’re meant to have a certain admiration for the skill involved in the work Frank (James Caan) does, criminal though it may be. But Mann displays it in sharp contrast to his resistance to emotional engagement, his hot temper that leads to petty behavior, and the greed and pride that gets him in over his head. Skill alone is meaningless if not properly employed. 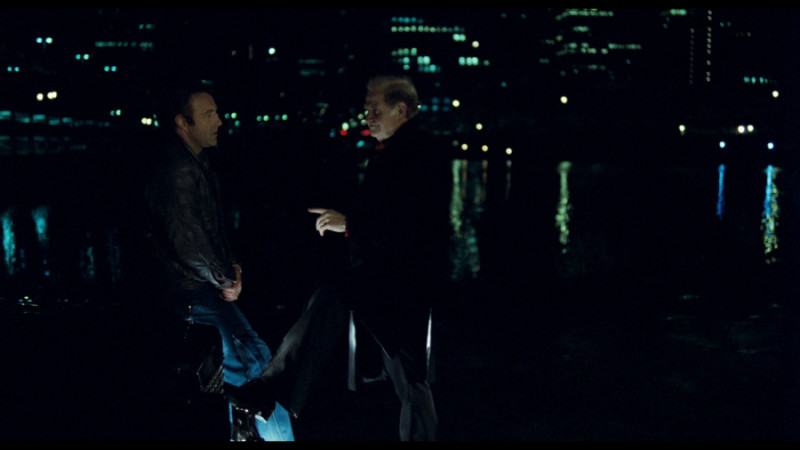 Mann’s famous, neon-infused style is pointedly seductive, drawing us into Frank’s world before being repelled by what everyone – including and especially Frank – does within it. Just as important to seeing his silhouette against Chicago’s nighttime skyline is the way Mann holds on his lead in times of great anguish, as the charismatic paragon of masculinity is unable to process his own emotional response. Too used to rushing to anger, there’s finally no one to lash out at, no one to curse or blame. Similarly, the final shot, so disconnected from both the 1970s nihilism and the 1980s macho heroics, severely undercuts either standard, offering something altogether more grim and compelling.

Arrow Films has gone above and beyond in presenting Thief on (Region B locked) Blu-ray, giving us not only the same 4K transfer of the director’s cut that Criterion used, but also, the first 3000 units will include the film’s theatrical cut in 1080p. In terms of video quality, the director’s cut is undoubtedly superior, offering better clarity, much better depth, and, though its actual color palette is more limited, the colors that are present are better-rendered. The theatrical cut features a warmer color tone, a more traditional, direct representation of what the people and sets looked like when they were photographed. And while it may not be true to Mann’s vision, I have to admit that the theatrical cut played a pretty significant role in raising my appreciation of the film. There’s something about seeing Caan reduced to just a regular man instead of this icon that really sells the humanity and vulnerability at the film’s core. And Mann’s visuals still translate tremendously, the neons, reflections, city lights, and rain-soaked streets still as captivating as ever. A comparison of the images is below: 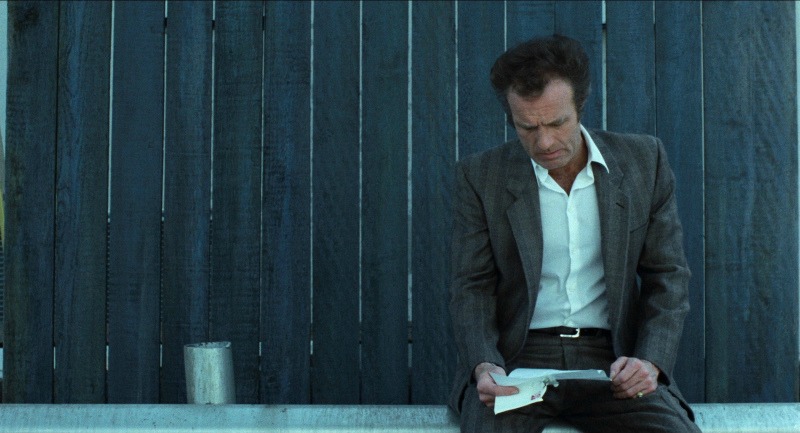 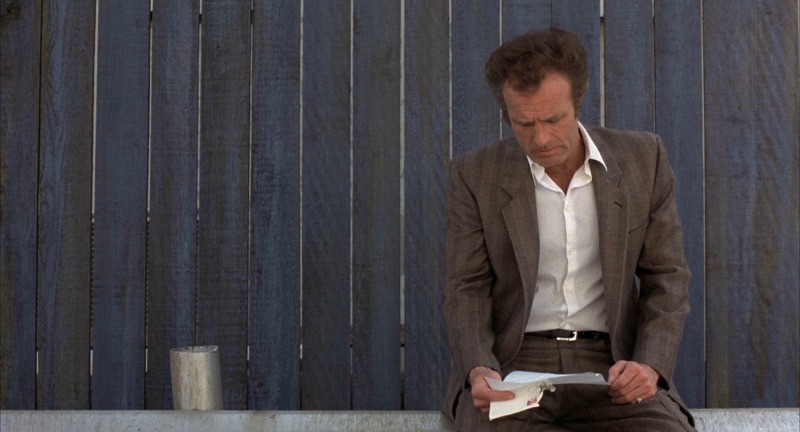 For many, Thief is Mann’s feature debut, but his prior made-for-television enterprise The Jericho Mile actually received a theatrical release in the United Kingdom, where Arrow Films is based. Perhaps as a result of this, or simply Arrow’s own predilections, their release has a decidedly different flavor than Criterion’s. Criterion concentrated their few supplements around reflecting on the film itself; its development and execution. Arrow instead posits the film along a continuum, its supplements focusing on its place in Mann’s filmography and how it established many of what would become his hallmarks.

To that end, we get the same commentary Criterion had, featuring Mann and Caan, that’s full of very long pauses, certainly, but also many interesting tidbits about the production and its development. For those who haven’t the time for a commentary, many of those same stories are repeated in other pieces on the disc. We get two interviews with Caan (one archival, one brand new), an hourlong overview of Mann’s career to date from 2001, and best of all, an extended, 67-minute video essay on Thief and its relation to Mann’s other films by author and critic F.X. Feeney, who has produced numerous works on the filmmaker and interviewed him dozens of times. He shares that personal history without it ever feeling too indulgent, always ensuring his impressions of Mann relate in some way to his critical analysis of the films. It’s one of the best supplements I’ve seen in some time. 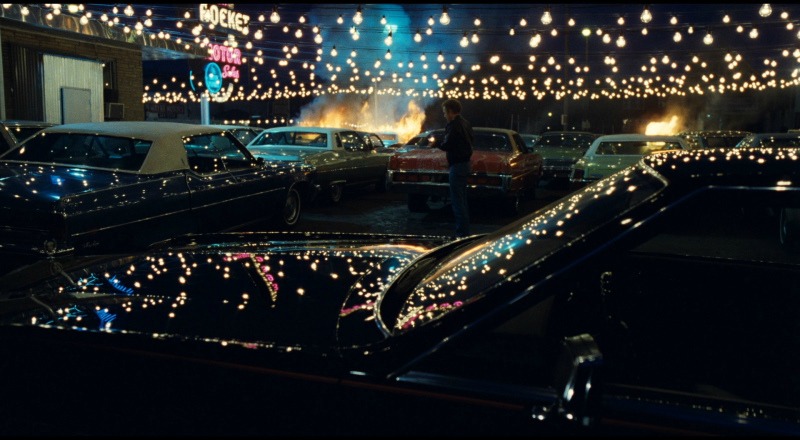 Arrow tops all that off with a short booklet, featuring an essay by film scholar Brad Stevens.

It may have taken a second viewing for me to come around on Thief, but I was thrilled that Arrow offered such a chance to do so, and in two different forms, no less. While the director’s cut will be the go-to for most viewers, the theatrical offers an excellent opportunity to see the film as it was released, and may prove a vital entry point for other viewers, as it did me. The supplements handily best Criterion’s edition, offering a more rounded look at Mann’s career, and, thanks to Feeney’s inclusion, an incredibly thorough analysis. For Mann fans, this is absolutely essential, and comes easily recommended to other curious viewers.