There are few things in cinema that more grate me than dishonesty. It can take a variety of forms, but it typically boils down to some manner of hypocrisy, a film’s insistence that it’s accomplishing one thing, when it is actually working in direct opposition to that. I guess what I’m saying is that I cannot stand Sullivan’s Travels, a message movie about how unnecessary and unwanted message movies are. Further, it’s a film that damns the attempts of the rich to assume they know what poor people want, which then ends with a rich dude insisting (triumphantly!) that he knows exactly what poor people want. Further still, wouldn’t you know it, it turns out the the thing that poor people want is exactly the thing that this film’s writer/director has become famous for producing! All praise to Sturges; it takes brass balls to make a whole film to declare your work’s vital importance to the fabric of American culture.

John L. Sullivan (Joel McCrea) has made quite a living as a director of immensely successful, but creatively unfulfilling, Hollywood comedies. He wants to adapt a socially-conscious novel about the plight of the working man (this is the Depression and all), but his producers discourage him, insisting that he hasn’t the life experience to even conceive of what life is like for the truly poor. He agrees, so he goes about finding out. Sullivan resists the many strictures his bosses place on him, in a series of incidents that are, make no mistake, often very funny. Sturges might not have the grand vision for a film of this nature, but his undeniable talent for crafting incident and character is as strong as ever. The film veers wildly, almost absorbing whole other genres in the process, yet retains its center through his ability to identify and maintain the core of his protagonist. That’s no small thing. 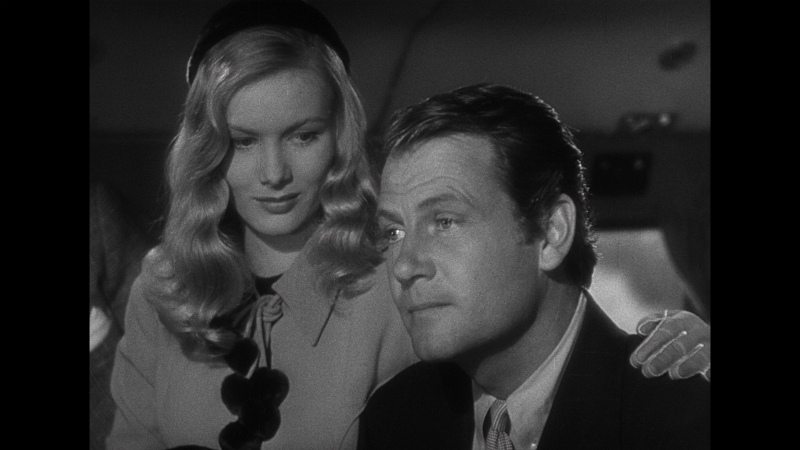 And it seems, for a time, that Sturges is actually on the verge of capturing something. Once Sullivan has truly lost everything, the scenes of his time amongst the poor are often stirring and galvanizing, operating on similar ground (if not quite reaching the same heights) as Ford’s The Grapes of Wrath, released one year prior. But to see only these elements is to ignore Sullivan’s entire storyline with the unnamed girl (Veronica Lake), whom he meets at a coffee shop, and who is as sloppily inserted as the film itself actually suggests. A little self-awareness goes a long way, but not at the expense of actually crafting good drama. And whatever credibility Sturges had worked up is so thoroughly jettisoned during that horrid, preachy, condescending, and tone-deaf finale, in which Sullivan sums up the film’s entire theme in a speech, delivered with such misguided pretensions that you’d almost believe Sturges was still lampooning the poor lug (given that his attitude towards the poor remains as elitist as it did at the picture’s start) if not for the swell of music and a montage of poor people at the movies, laughing. It’s so self-important, I’m surprised that the film they’re watching isn’t Sturges’ own Christmas in July.

The good news for those of you who are fans is that Arrow Films have assembled a truly remarkable (Region B locked) Blu-ray release. Their high definition transfer is luminous, really bringing that glow that reminds you why it was once called the silver screen. It’s been nicely cleaned up, short on damage but high on grain, contrast, clarity, depth, and especially contrast. It’s one of the more visually pleasing comedies of the era, making a certain point of assuming especially beautiful qualities (its cinematographer, John Seitz, would go on to shoot Double Indemnity, The Lost Weekend, and The Big Clock, among many more), which can be all the better appreciated through Arrow’s commendable efforts. 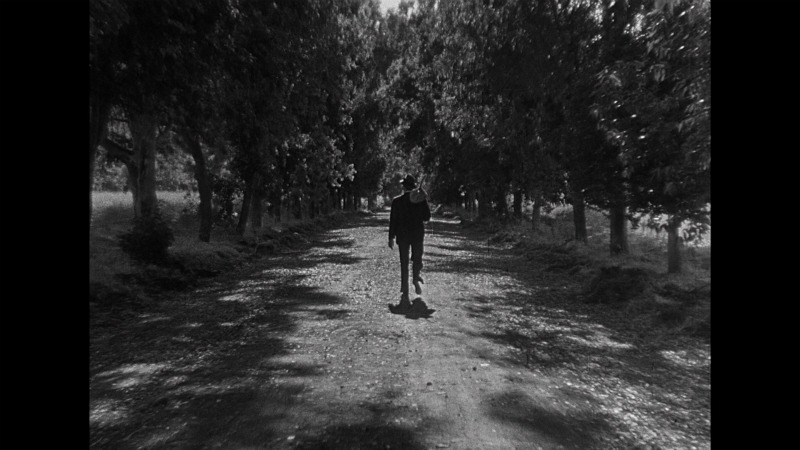 From there, we’ve a huge array of supplements. Former Monty Python member Terry Jones provides the commentary track, and while it’s a bit more stocked with enthusiasm than insight, I suspect fans of either the film or the speaker will get a good deal out of it. Kenneth Bowser’s 75-minute documentary, Preston Sturges: The Rise and Fall of an American Dreamer is up next, providing a tremendous overview of the filmmaker’s life and career. English writer and broadcaster Kevin Jackson provides a 21-minute appreciation of the film that’s a little redundant, but again, for fans, probably worthwhile. But besides the Bowser doc, the supplement that really makes the disc worthwhile is a 46-minute piece discussing the many cast members who were in three or more Preston Sturges films. Sturges, like many directors of the time, was famous for his sort of “stock company” of players, even if they individually often went unmentioned (or indeed uncredited), and I greatly enjoyed finding out more about each of them, as well as, of course, seeing clips from their contributions to those famous films. Lastly, we get a 10-minute propaganda film, scripted by Sturges, called Safeguarding Military Information. The package also includes a booklet with an essay by Peter Swaab, excerpts from reviews written upon the film’s release, an excerpt from Sturges’ memoirs discussing the film (noting, to his credit, that he wished he could have handled the ending differently), his eleven rules for box office success, and a tremendous essay discussing his often-overlooked career as an inventor.

In my review of Porky’s, also out on Blu-ray from Arrow Films, I praised the film for resisting the temptation to dictate how the viewer receive it. Sullivan’s Travels practically provides an instruction manual for how it wants to be read, but it’s one belonging to an entirely different product. If you’re a fan of the film, however, this new Blu-ray edition seems to me to be the finest version currently available, and should be bought without hesitation.