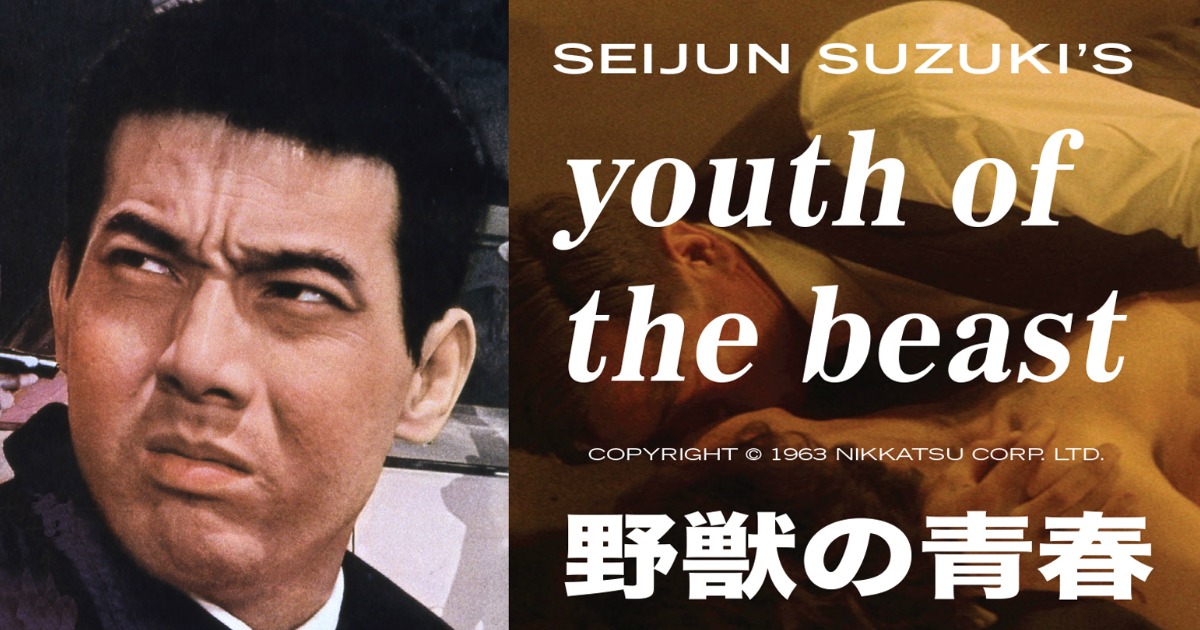 Seijun Suzuki films – at least, his best, most-remembered ones – put the viewer on a sprint atop a bullet train while on acid. They exhilaratingly fly past any attempts at exposition or plot development, practically begging to be considered incomprehensible, yet are so thrilling and bewildering moment to moment that they take on a purely experiential pleasure. 1963’s Youth of the Beast is no exception.

Without giving away the only plot development that truly matters, the film follows Jo Mizuno (Jô Shishido) a hitman of sorts who seems to have no real ties to anyone, including whoever happens to be employing him at the moment. He’s not picky about money or excitement in choosing his jobs, and will work for seemingly whoever happens to be in front of him at the moment. He makes his way through Japan’s underworld, full of pimps, whores, gunmen, gang bosses, movie theaters, soundproof rooms, model airplane displays, and any other bit of ephemera of which Suzuki and his team can conceive. 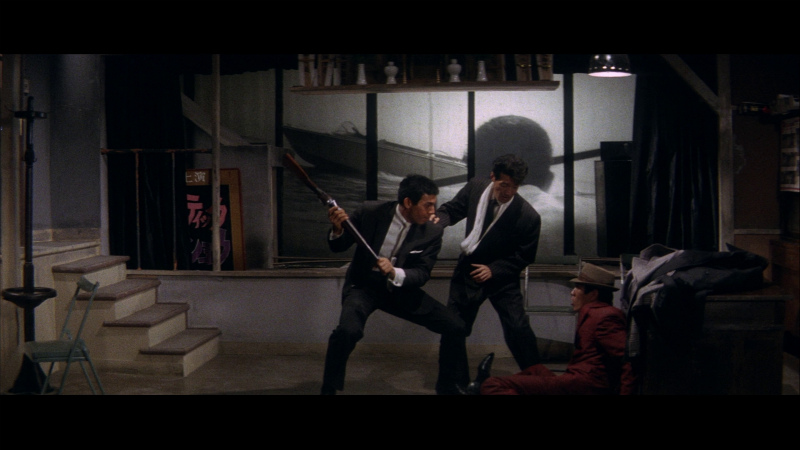 It’s not quite as nonsensical and freewheeling as 1967’s Branded to Kill, nor quite as elegant and expressionistic as 1966’s Tokyo Drifter, but its wilder, slightly more unhinged and certainly more grotesque sensation is terribly effective. In the supplemental feature on Masters of Cinema’s new release, Tony Rayns relates an anecdote in which Suzuki’s brother admits that neither of them really developed past the age of twenty. Suzuki was forty when he made the film, but it has not only the energy of a much younger man, but the sort of distorted worldview that thrills at violence, both lusts for and despises women, and aches for all that is “cool.” It’s an adolescent experience, but effectively so. I have to admire any film that commits so totally. Such purity is hard to find, in both life and art.

Never mind the straight-up skill with which Suzuki operates. Nearly every frame could stand on its own, at once quite formally accomplished while containing a nugget or two that throws it off balance, an element of surrealism. In the booklet accompanying this release, film scholars Frederick Veith and Phil Kaffen quote the Japanese critic Hasumi Sheigehiko’s assertion that the film is really about Jo’s pursuit of the color red, which, like the butterflies in Branded to Kill, becomes his sole object of fascination until it eventually overwhelms and devours him. It’s an interesting and nearly convincing read on a director who perhaps worked too quickly and intensely to intend such subtlety, but whose process and talent would almost naturally create it. Moreover, it speaks to the way the film, in many ways a simple genre story, does take on a certain existentialist atmosphere as Jo gradually destroys the world around him in the course of his self-assigned mission. 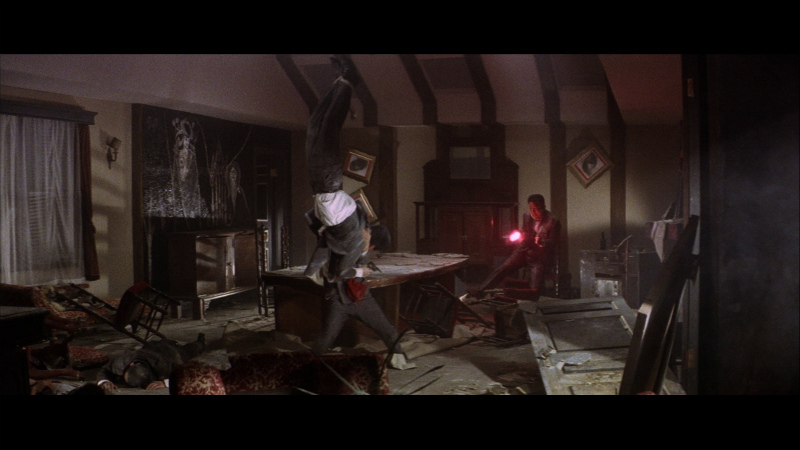 Masters of Cinema’s new (Region B locked) Blu-ray provides ample opportunity to investigate this theory for yourself, and uncover any other aesthetics-based readings you like. We get a crisp, clear image that boasts strong colors, convincing contrast (not too sharp, not too wishy-washy), a pleasing level of grain, and a stable picture. There are a few blemishes here or there that remain, but they’ve done nice work cleaning it up and transferring it to high definition.

I’ve already mentioned the only supplements. On the disc, we get an interview with Tony Rayns that runs 26 minutes and covers the highlights of Suzuki’s career, spotlighting Youth of the Beast and Branded to Kill (his final film before being fired from Nikkatsu) a complex saga in and of itself.Rayns isn’t the most dynamic speaker, and much of the feature is simply him speaking into the camera, but it’s a nice one to put on in the background while you clean the house or make dinner. In the booklet, we get that great essay by Veith and Kaffen, whose reading of the film and Suzuki seem so on-point that it made me want to go back and watch the film all over again, having only seen it the day before.

This isn’t the most ostentatious MoC release, but for fans of Suzuki or the often wild scene of Japanese filmmaking in the 1960s, it’s a very good one to own. For those perhaps put off by Branded to Kill (a divisive film, to say the least), Youth of the Beast is certainly more accessible and classically thrilling, but is clearly the work of the same director. With a strong transfer, though, and a pair of excellent supplements, the edition reflects Suzuki himself – bold, flashy, and short.

Written By
Scott Nye
More from Scott Nye
The porn-star biopic is a lie, as cinema as much as fact.
Read More