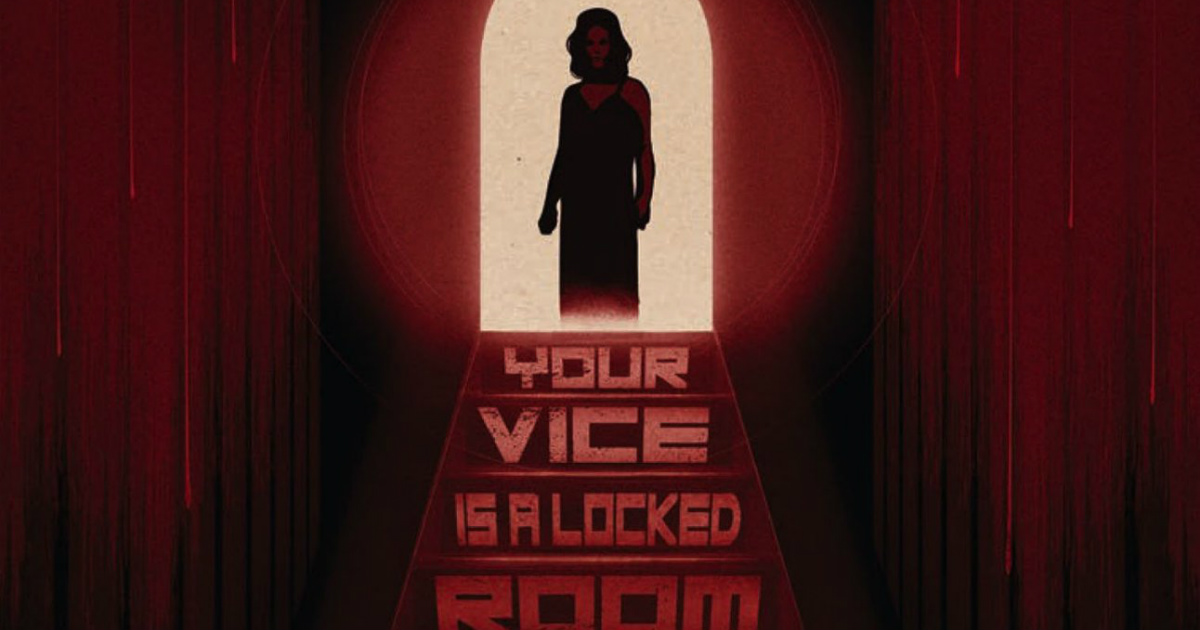 Your Vice is a Locked Room and Only I Have the Key calls to mind what Orson Welles said of Paper Moon – “That title is so good, you shouldn’t even make the picture, you should just release the title!” For the first twenty or thirty minutes of Your Vice, I thought Welles’ advice especially apt. People keep dying in grisly ways around Oliviero (Luigi Pistilli), a failed writer who’s nonetheless held onto a pretty great mansion and is plenty creepy enough to be a rather obvious suspect. He regularly hosts parties for hippies as a way to amuse himself, feel connected to the kids, and provide a public platform from which he can get off on abusing his wife, Irina (Anita Strindberg). She’s timid, trapped in a hellish marriage, and genuinely terrified of Oliviero’s late mother’s cat (in her defense, the cat is named Satan). Oliviero has sort of a hang-up on his mother all around that teeters between sexual and haunted.

Complicating matters, Oliviero’s niece Floriana (Edwige Fenech) has picked just the worst time to come visit, what with the murders and all. But what can you do? You can’t say no to family. Meeting her aunt and uncle at the train station, but arriving via sportscar, Floriana is immediately set up as the sort of sexual free spirit Oliviero likes to have around, with a bit more bite and determination than the wishy-washy young women he’s used to seeing undress in front of him. This means, at least at first, no sex for Oliviero, though she’s more than happy to go to bed with Irina and a dirt-bike-racing stud who comes around now and again. While Pistilli and Strindberg made for compelling enough monsters, it’s Fenech’s cool calm that brings the film a much-needed dynamic, a counterbalance and a more palatable hook amidst the scheming and screaming. 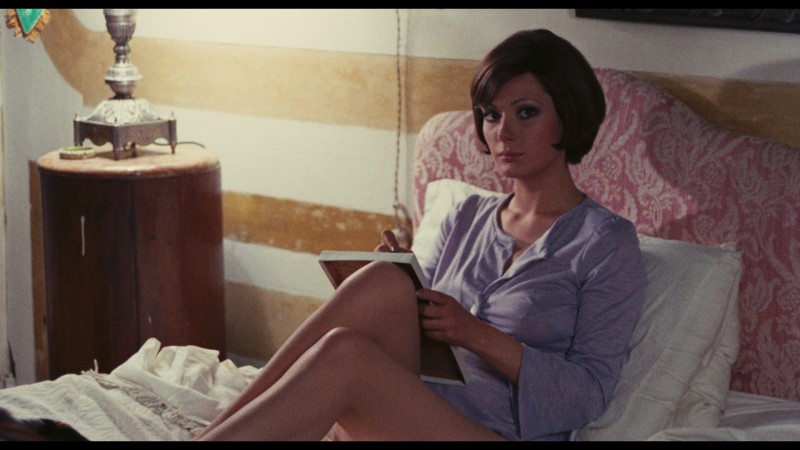 Loosely based on Edgar Allen Poe’s short story “The Black Cat,” Your Vice boasts a very Poesque sense of irony and what-goes-around-comes-around karma, condensing any sense of horror or tension into a handful of gory thrills. When people die, they die bad. What compelled me was less wondering where Oliviero was or what he was truly up to, but whether the women’s more sympathetic manners might conceal something more sinister. Floriana in particular carries herself with a disarming confidence that could be either an exploitative screenwriter’s wet dream or a genuinely otherworldly presence mean to signal doom on all who touch her. Her gaze seems to never break, her poise at once rigid and lithe.

Oliviero and Irina in some ways suffer most from navigating their repressed upbringing with the contemporary free love culture. Oliviero suffers amongst other lovers; Irina, within herself. If that’s something of a pat gender deconstruction, the eventual unveiling of Irina’s sexual potential complicates it a good deal, especially how her self-hatred manifests itself amidst her own lovers. And she is the only one sick enough to abuse an animal, should it come to it. However you want to interpret these relationships, Your Vice is a Locked Room and Only I Have the Key is one cool, sexy slice of psychological horror wrestling more sincerely with its ties to the past and enamoration with the present than most far-out freak shows. 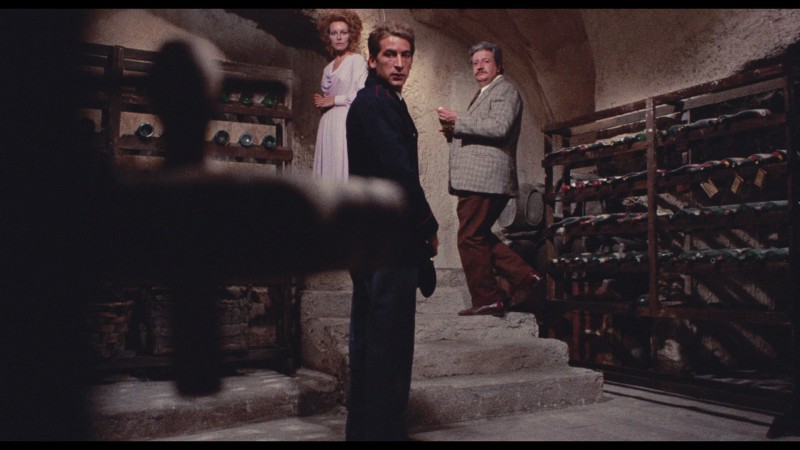 Arrow brings the film to (region free!) Blu-ray in a brand new 2K restoration from the original camera negative that looks quite outstanding. It’s sharply-detailed, presents fine, thick grain structure and good depth, and enough contrast to hide in the shadows while not compressing the hell out of it. Skin tones are well-balanced, beautifully reflecting light. There’s some very minor intermediate damage in the form of white specks, but they don’t distract at all. Arrow has brought us another stunner. (screencaps via doblu.com)

The film comes with both Italian and English soundtracks; I preferred the Italian by a considerable margin. A 23-minute making-of featurette compiles interviews with director Sergio Martino, Fenech, and screenwriter Ernesto Gastaldi, and provides a good background on the film and its players. The video quality on the interviews suggest they were filmed some time ago, and the segments play out for quite awhile, so some of the pizzaz we’re used to in more recently-produced supplements isn’t quite there, but this provides more time for the subjects to tell stories and explore tangents. There’s also a more modern, 34-minute interview with Martino that’s naturally able to go further in-depth, especially into the context (social and cinematic) in which the film was made. A half-hour visual essay by Michael Mackenzie on Martino rounds out Martino’s aesthetic influence (but, per the advance warning, includes spoilers for a number of his films, so I only watched the section concerned with Your Vice; Mackenzie’s insights were fascinating, though), and a half-hour video piece with (a jarringly fish-eyed) Justin Harries gives some biographical information on Fenech in an uncommonly dynamic fashion. Also Eli Roth is interviewed for reasons; he’s not as insightful as the other contributors, but it’s a more worthwhile piece than you might expect if you’re, say, me.

I leapt at the chance to review this based solely on the title, and was rewarded with a far more haunting, interesting bit of near-exploitation than I could have expected. Stocked with beautiful, nasty people using and abusing one another, gorgeous cinematography, and a creepy score, Your Vice is a Locked Room and Only I Have the Key is flat-out awesome.

Written By
Scott Nye
More from Scott Nye
DreamWorks Animation's latest is their most beautiful of the CGI era, but...
Read More