I don’t know whether this is very common for other cinephiles, but I go through phases with what I value in movies. These days, I’m particularly pleased by films that seem spurred on purely by instinct, often creating wild tonal shifts and rather abrasive, surprising ways of getting at certain emotions. But not so long ago, my primary fascination was with films that latched onto a central idea or premise, and ran as fast as they could, all the way with it. To use a popular example, think of the way Fight Club starts with the rather modest proposition of boxing clubs before expanding into all-out anarchy. Fight Club may have its problems, but modesty is not one of them.

Ted Kotcheff’s Wake in Fright has even fewer problems, and, though it takes place on a much more modest scale, is much less modest in its suggestions of human nature and societal civilization. John Grant (Gary Bond) is a schoolteacher in an extremely remote area of Australia (the kind that only requires a single schoolteacher). It’s time for the Christmas break, and he has plans to meet up with a very beautiful woman in Sydney. Someday, he’d like to be a London-based journalist. But before he can do any of that, he has to spend a night in Bundanyabba, referred to as simply “The Yabba” by locals. The Yabba is many things, but for John, who quickly goes flat broke at an almost insultingly-simple coin game, it becomes a sort of purgatory, where he’s forced to face all his fears, shortcomings, and the many things that people are able to bury deep down within them in order to simply exist. 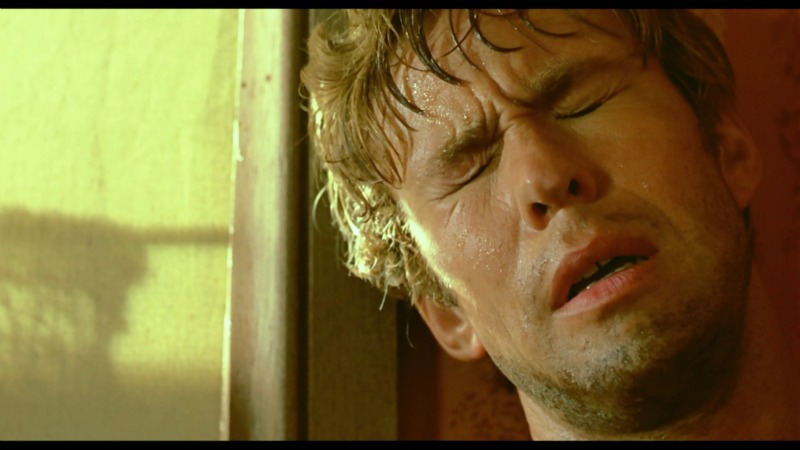 The film is rather neatly divided into four sections, one for each day (or part thereof) that John spends in The Yabba, each one more horrific and debasing than the last. The whole town seems to run on converted repression, a fight down every corner or a wild round of gambling in every back room. The homes in which The Yabba’s residents live are functional at best, a hive of incestuous lust even when they appear otherwise normal. They all profess great love for their home. “It’s the best place in Australia!” exclaims John’s cab driver upon arrival. “Everybody loves The Yabba!” Gambling and revelry are momentarily halted in a bar to pay tribute to…something. Some hidden menace never uncovered. A police officer who shows John around on his first night suggests there’s some internal logic guiding the town. “Every man knows what’s coming to him,” he says of the rather chaotic payout at the gambling house, stating earlier that his job is rather easy since there’s nowhere really for the town’s few criminals to go. An outlaw doctor, played by Donald Pleasance, lives entirely without money, a feat he claims to have found rather easy in The Yabba.

And yet there’s no Body Snatchers behind it all; no menacing force overpowering the town. It just exists, in all its casual self-destruction, at once the most welcoming place in the world and the most oppressive. “If you’re a good bloke, you’re all right [here],” the aforementioned cabbie assures John, but, as any introvert caught up in a culture of extroversion can attest, the types who say that often have a very specific notion of what constitutes a “good bloke.” “What’s the matter with him?” an almost comically masculine man asks later of John. “He’d rather talk to a woman than drink?” “Schoolteacher,” their host says, as though that excuses something that doesn’t even need excusing. 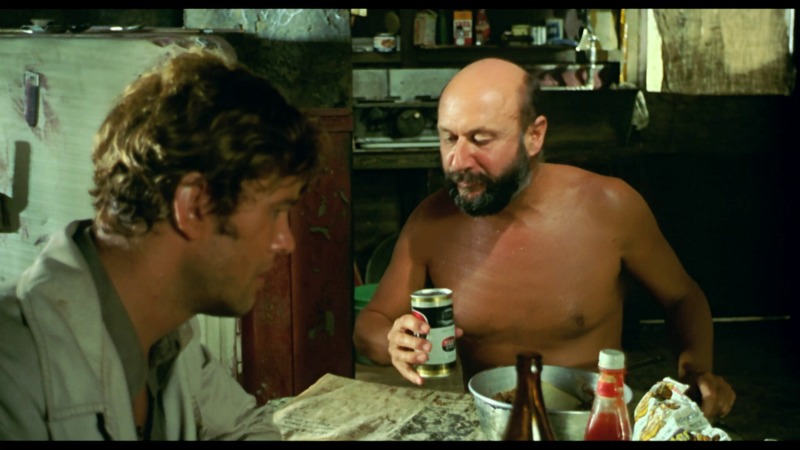 Grant’s transformation over the course of the film is striking – we meet him as the very image of a 1960s bachelor; well-groomed, well-dressed, possessing a certain ease with himself behind his broad, dark sunglasses and carefully-toned wardrobe. His clothes start out as a conscious reflection of himself, and gradually become to reveal how little control he has, as dirt piles upon dust, and dried blood becomes a dominant factor. Only in The Yabba could he stumble into a bar in such a state and barely raise an eyebrow; he has not only become one with what he despised, but far exceeded it.

The transfer, taken from a digital restoration that used the original negative as a source, feels strangely somewhat wanting to me, a little soft in the long shots. Perhaps this is merely inherent to the source, but it’s not something I often see with films that have undergone such a rigorous restoration. Close-ups look spectacular, and the film’s warm color palette really sings, with tremendous contrast accentuating the pitch-black darkness of the film’s nighttime scenes. The film is one of the sweatiest ones ever made, and the transfer really conveys the physical effects of such constant heat. So while this is hardly representative of the Blu-ray format, and there are many elements that give me pause, I still thought it solid work. 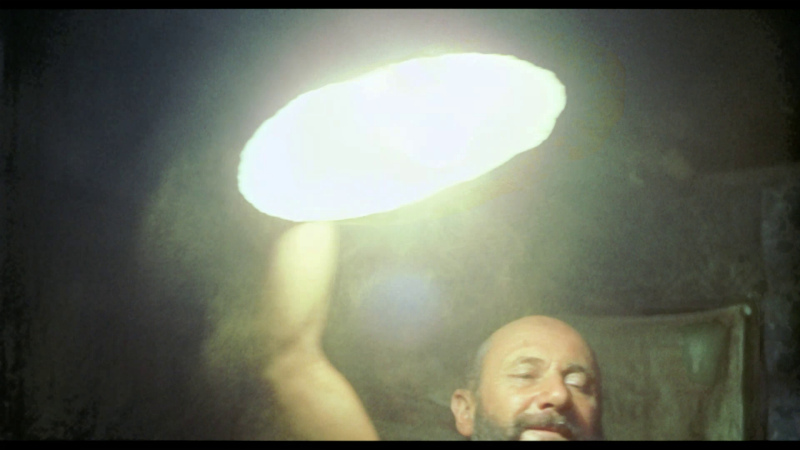 The disc comes with a good deal of supplements, though only the commentary, with Kotcheff and editor Anthony Buckley really stands out. He’s (rightly) quite proud of the film, and more than happy to underline the aesthetic choices he made to draw out the themes of the stories, in addition to recalling many stories from the film’s production. There are very few lags in it, and it’s great to hear how energized he has remained about it, doubtlessly more so given its recent restoration and renaissance. A 23-minute interview is also available, but often feels like a condensed version of the commentary.

From there, a few very short excerpts from Australian television. A five-minute piece called “Who Needs Art?” looks at the burgeoning local film industry, and includes behind-the-scenes footage from Wake in Fright; a three-minute tribute to the late Chips Rafferty, who plays the police officer in the film, is also on the disc; finally, a six-minute item from 2009 talks about the effort to restore the film, the fruits of which we of course now have available.

If you can stomach much of the content, and recognize the rather ironic way in which Kotcheff is presenting it, Wake in Fright is a must-see. A total evisceration of much of what is held up to be noble about men, it’s also just a very funny and quite engaging bit of storytelling. Masters of Cinema’s new Blu-ray edition doesn’t present a perfect transfer, but does look quite good overall, and comes loaded with largely valuable supplements.