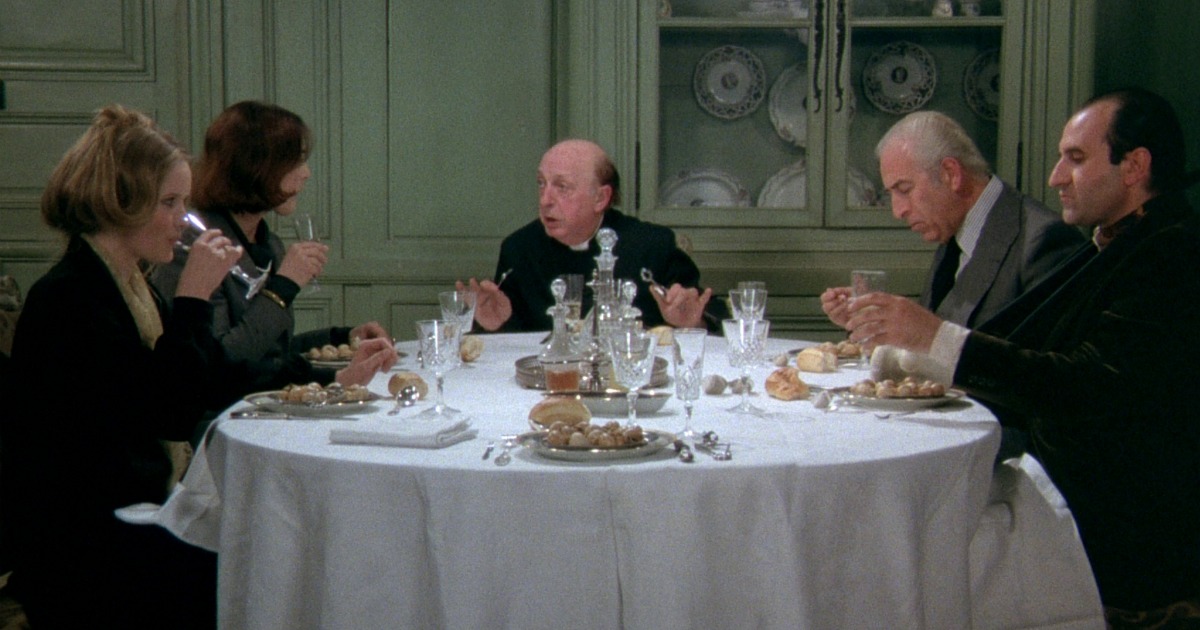 As I was not particularly enchanted with Borowczyk’s Immoral Tales, it came as little surprise to discover that the bulk of what worked least in The Beast came from that – an extended dream sequence in which a young aristocratic woman is raped, then pleasured by the titular animal who pours over her what could only be described as gallons of semen. In the booklet accompanying this release, Arrow producer Daniel Bird and film critic David Thompson argue persuasively that the exaggeration of the Beast’s physicality (never mind the utter fakeness of the costume) indicate that the film in general, and this sequence in particular, are meant to be viewed as comedy. I buy it, but I can’t say I was laughing. I’m just a man, standing in front of his readers, admitting that I totally have my limits and that semen humor isn’t for everybody. Nor, really, should it be.

Luckily, the larger film surrounding that dream sequence (which doubles as a sort of flashback) is much more fascinating. Due to a rather complex and eccentric will, two families have much to gain financially by seeing the wedding of Lucy, an American, and Mathurin, a deformed and possibly mentally disabled French horse-breeder. They warm to one another, but it gradually becomes clear that Mathurin’s struggles are not the sort that can be entirely ignored, but which point to the haunted and sordid past of his familial lineage. 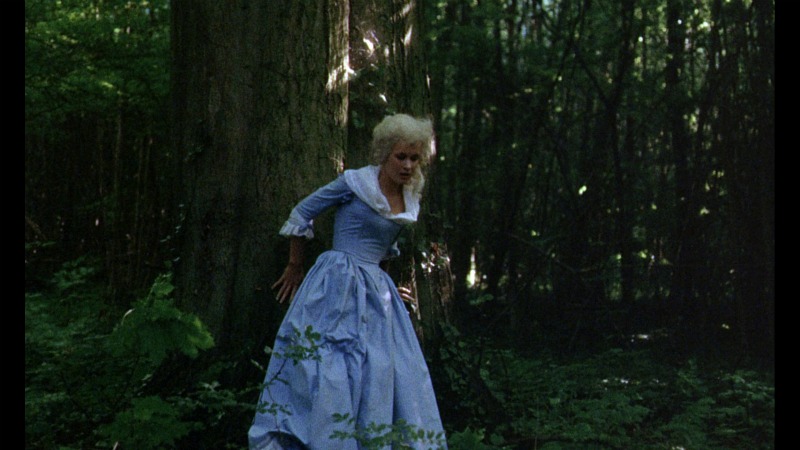 The weight of personal history as it relates to national identity were both central to Borowczyk’s earlier live-action films, Goto, Isle of Love and Blanche. Like those, The Beast unravels its complex, intimately-imagined world patiently, carefully teasing out details of the larger forces that drive its protagonists. Unlike those, the details of The Beast‘s world are more overtly, and comically, sexual. The most amusing involves servant who uses every spare moment to screw his lover, finding that the moments don’t quite last long enough to achieve satisfaction, leaving her to mount a bedpost in search of relief before returning to her own duties as the caretaker of small children (the intersection of these events are sometimes so narrow that one questions Borowczyk’s own concern for the children’s well-being).

Lucy herself is a fascinating creation, apparently quite aroused by even the semblance of sexual activity, up to and including the nitty-gritty of the horse-breeding business. Her increasingly-strained celibacy conflicts her curiosity as to the family’s sordid past, and her eventual eruption ends up the culmination of all of Borowczyk’s sexual themes, drawing together eroticism, sin, horror, repression, vulnerability, and humiliation. 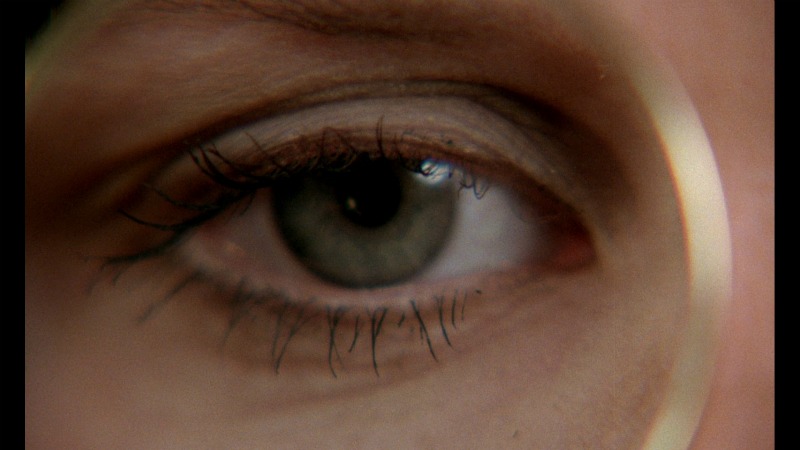 And what better way to see all of those subjects explored than in glorious high definition? As with their other Borowczyk releases, Arrow’s new Blu-ray edition of The Beast presents a dense, film-like image, nice as crisp without being over-sharpened, colorful without being oversaturated, and grainy without being noisy. There is a clear difference in source quality once it dives into the flashback, as that was shot for another film entirely, but that too looks quite fine. Altogether, another remarkable piece of work from Arrow.

Equally remarkable are the special features they’ve assembled, mightiest of all being an hourlong documentary on the film’s production, featuring behind-the-scenes footage and featuring narration by camera operator Noel Very. Very has been an essential voice in Arrow’s various making-of featurettes on their other Borowczyk releases, and he proves a solid host here as well. We also get an introduction by critic Peter Bradshaw, Borowczyk’s sketch designs for the Beast, and Borowczyk’s short film Venus on the Half Shelf.

Having been somewhat put off by Boroczyk’s Immoral Tales, I approached the more-controversial The Beast with no small amount of trepidation, but was delighted to discover how much it was an extension of his prior, more successful works, even as it included some material that was, frankly, too much for me. If you can stomach that section, I highly recommend taking a look at the film, and Arrow’s presentation here is top-notch. 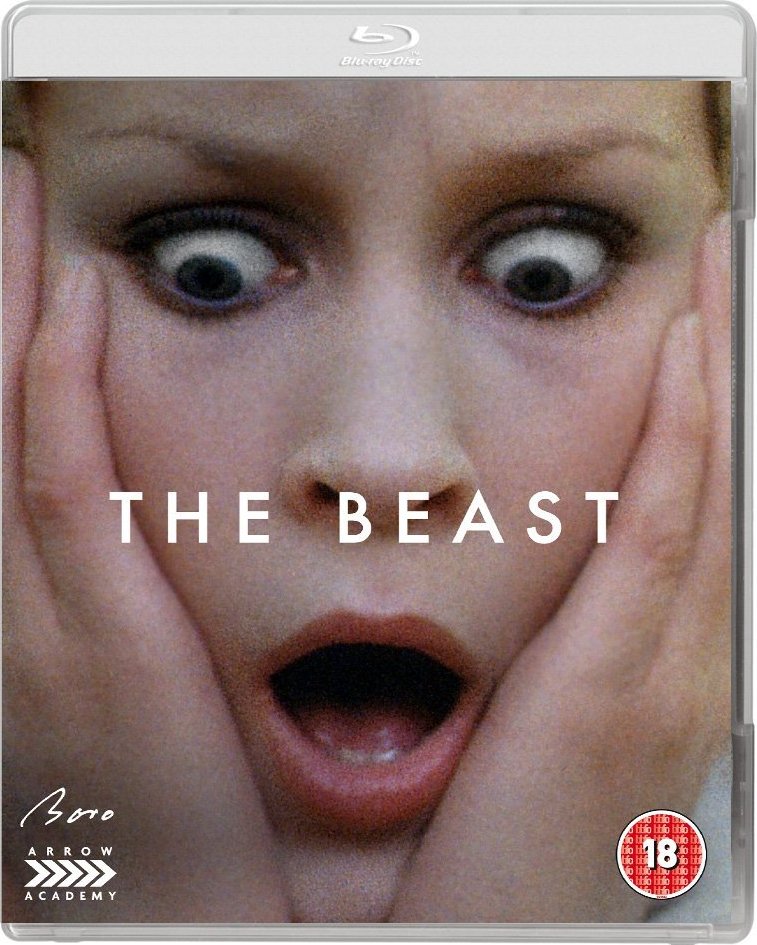