Last week on my Criterion Reflections blog, I wrapped up my coverage of the Criterion Collection films of 1963 with a brief look at Mothlight, a pivotal short film in the life and career of Stan Brakhage. The by Brakhage DVD and blu-ray releases highight his important role as a pioneer in avant-garde cinema, whose spontaneous, randomized and super-accelerated editing techniques proved to be extremely influential on popular culture, even if his name remains relatively obscure outside of the usual art house/cinephile circles. For nearly a decade, Brakhage stood practically alone within the Criterion library as the sole representative of idiosyncratic experimental film (unless one wants to include artists like Jean Cocteau or Luis Bunuel within those ranks.) Last year’s release of A Hollis Frampton Odyssey gave us another vital in-depth look at an idiosyncratic filmmaker whose output was equal parts exhilarating and baffling to the untrained eye. 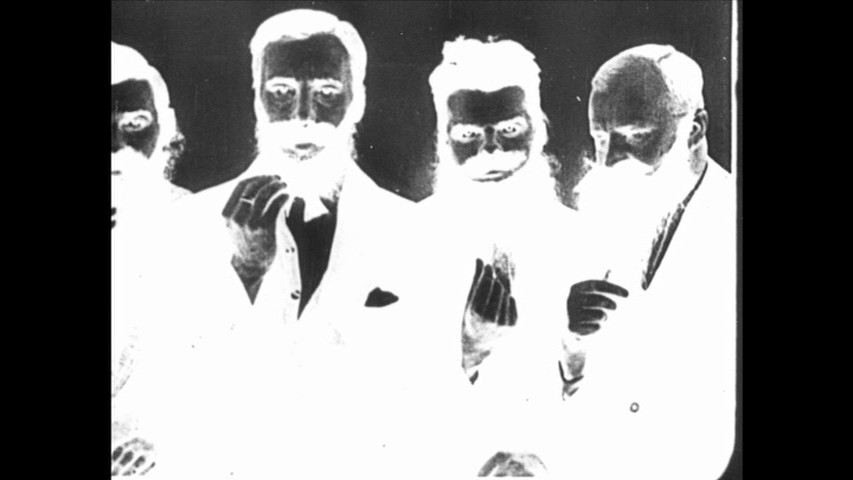 While I’m hardly alone in feeling deep appreciation to Criterion for exposing me to these unique creative talents, the elevation of personalities like Brakhage and Frampton to the level of having robust tributes paid to them via top-shelf archival blu-ray treatment can create the impression that they were practically sui generis, ecstatic visionaries at the very frontier of exploratory consciousness who operated on an exalted plane of awareness that the rest of humanity is struggling to catch up with. 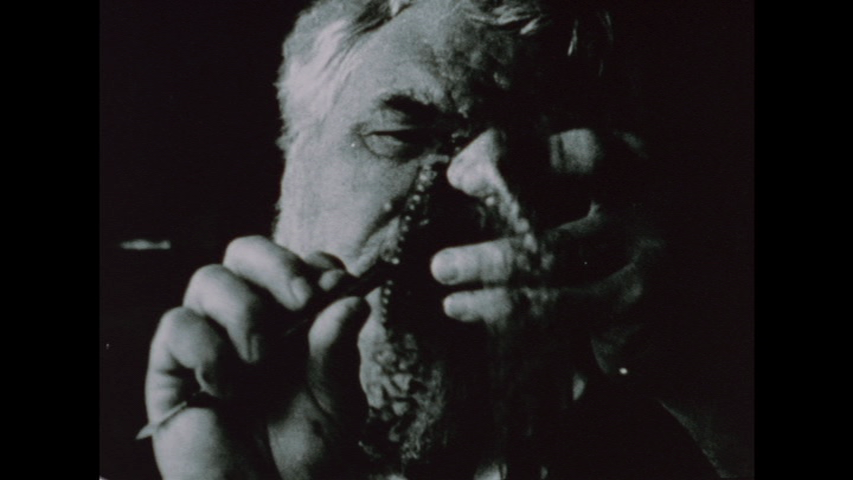 The reality of the situation, of course, is that they were each part of a collective cultural scene, a community of expression that interacted freely and fed off of each other back in those pre-internet days when it was considerably more difficult to find kindred spirits from isolated locales all over the world. Brakhage, in particular, though he struggled with a lack of recognition, appreciation and adequate funding, was not exactly without peers in the early 60s as he continued to refine his abilities to create images on film that were quite memorable, but as it turns out, not altogether unprecedented. 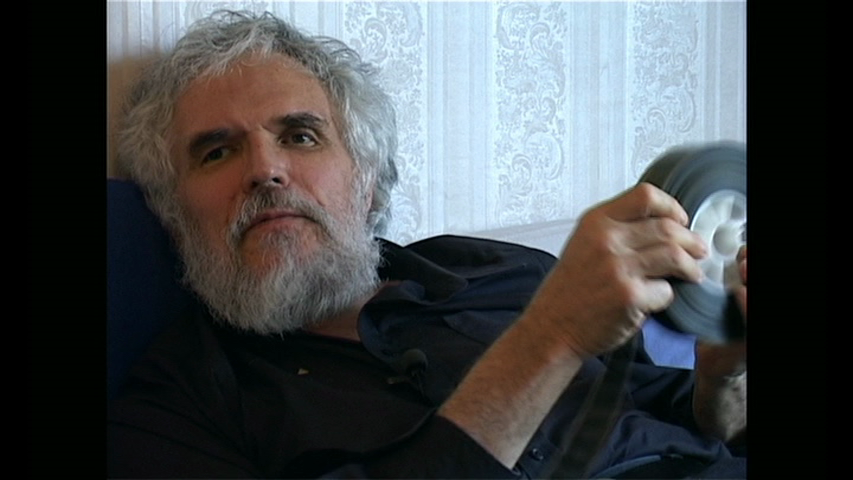 Brakhage’s story is just one small but significant thread that runs through Free Radicals: A History of Experimental Film. Released theatrically in 2010 and earlier this year on home video by Kino Lorber, this relatively short (82 minute) documentary may be faulted for promising a bit more than it delivers, as the focus is actually somewhat narrow and subjective in summarizing its chosen topic. Chodorov is a third-generation child of a media-savvy family (dad worked in TV, grandpa worked in the movie industry) whose childhood experiences put him in direct contact with many of the key players in the subculture of 1960s underground cinema. No doubt inspired by the infectious eccentricity of artists like Jonas Mekas, Len Lye, Hans Richter and Brakhage himself, Pip grew up with a commitment to carry on the tradition of daringly non-commercial, low-budget (really, self-funded) cinema. Having done his share of that kind of guerrilla film-making, and recognizing that those  men are getting up there in years (indeed, Brakhage was already gone, passing away in 2003), Chodorov rendered us a great service in compiling this excellent introduction to a “greatest generation” of renegade indie auteurs. 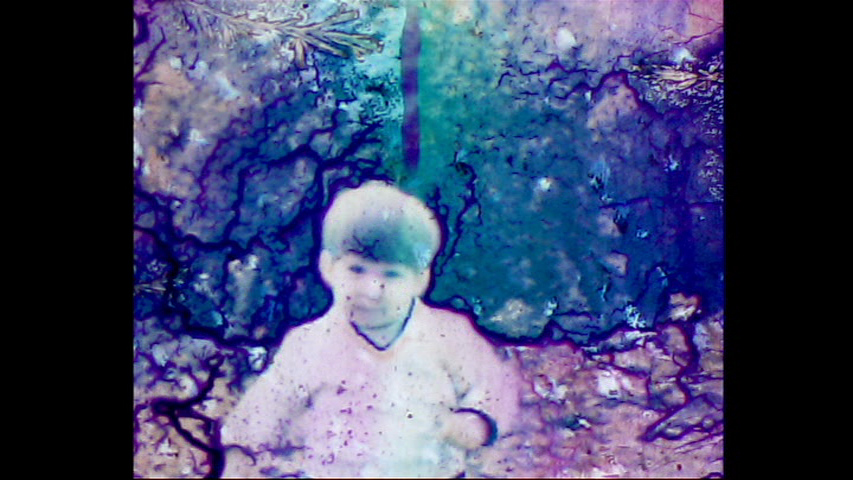 Free Radicals begins with an assortment of short clips of a young family captured on film that appears to have been run through some kind of experimental filter or other treatment, resulting in a vivid color palette of blue and purple, distinguished by bold black crackling that bursts with wild unpredictability across each frame. We quickly learn that the secret to this remarkable visual effect is that a dog peed on the reel, quickly transforming the document into something entirely new and unexpected. Or as Chodorov says on the voice-over narration, “it looked cool.” 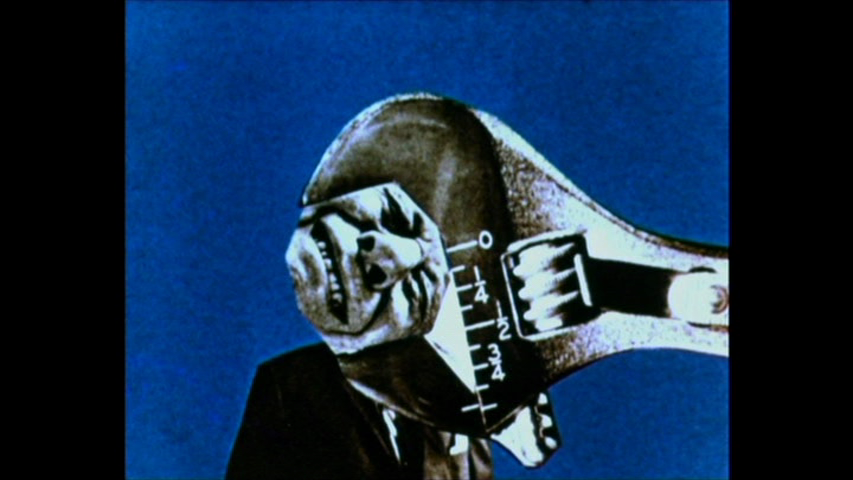 That generosity toward the unanticipated outcome of odd notions and crazy manipulation of images is a critical ingredient to both the creation and appreciation of experimental cinema. With its lack of concern for traditional story-telling, the absence of “movie stars” and a frequent tendency to confront, perplex or even sometimes outright mock its audience, this kind of radical filmmaking enters the conversation with a strike or two against it. These films are typically made by social misfits of one sort or another, people who see things that the rest of us usually miss and are often driven by an urgency to express what they see in a manner that refuses to conform to the status quo. 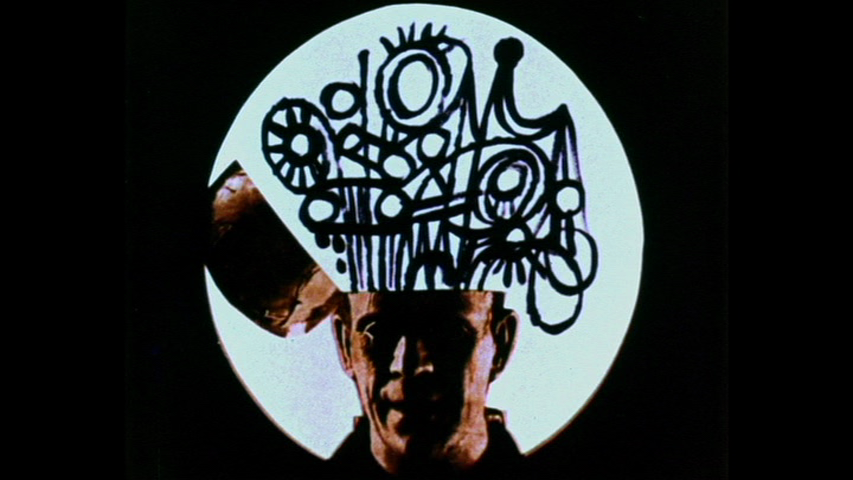 The opportunity for the films’ creators to elaborate more extensively on what motivated them to persist in their endeavors, despite the lack of financial gratification or other less obvious ego strokes that are often heaped upon those who are content to reinforce the conventional wisdom, is a big part of what makes Free Radicals such an inspirational watch. Hearing men like Mekas and Richter look back upon an era when bold advances were being made in the cinematic art form, even if relatively few were paying them much attention, is quite enjoyable. And they provide a helpful answer to questions like, “just where in the hell did they even show these nutty short movies back then, and who paid to see them?” There’s some great documentary footage here about the co-ops and other grassroots efforts that were dedicated to distributing and preserving these rowdy manifestations of mad genius. 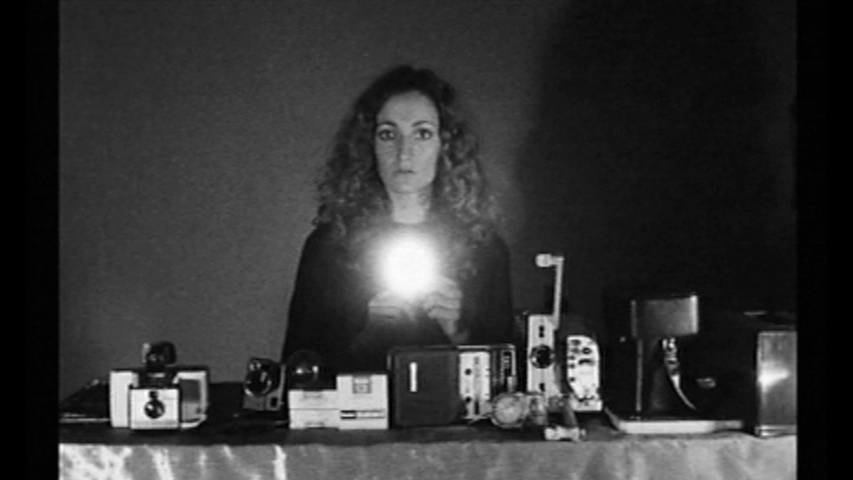 Chodorov also does a nice job balancing the oral history of that scene’s last survivors with generous samples of the work they did, including several full length short films and long-enough excerpts to create a rough outline of progression and influences. It helps novices to the avant-garde like myself to recognize that, as unclassifiable a filmmaker as the creator of Mothlight may be, Stan Brakhage was hardly doing his thing in a vacuum. In an era where nine-digit production budgets appear to be on the verge of becoming the norm rather than the exception for what we look forward to seeing at the local cineplex, a film like Free Radicals is worth seeking out if for no other reason than to keep hope alive that the voice of the ragged and wooly non-conformist might still break through the deafening roar of blockbuster films whose ending credits run longer than most of the works featured in this invaluable documentary. 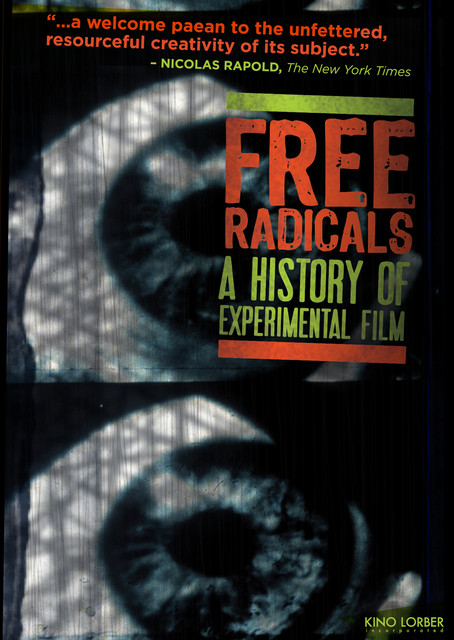 Purchase Free Radicals: A History of Experimental Film through Amazon.com