There are a few films, some very, very few films, that, upon first seeing them, I was literally astounded they existed. So closely did they tap into a conception of the possibilites of cinema that I could never articulate, so beautifully did they express themselves that I just fell to pieces watching them.  Trouble in Paradise  is one such film.

To describe it is almost to do is a disservice, as it requires mere words to describe music, which is really what Ernst Lubitsch’s 1932 film is. More than any other director of the time (save perhaps von Sternberg, at once his equal and diametric opposite), Lubitsch took to the talking picture immediately, knowing precisely what to do with it to make it as exciting, if not more so, as anything in the silent era. Even his earliest sound films in the late 1920s have little of the awkward stodginess so endemic during the period, and by the time he made his tenth talkie (they really churned ’em out in those days, kids),  Trouble In Paradise  was lightyears ahead of its contemporaries.

The plot involves two master thieves, Gaston and Lily (Herbert Marshall and Miriam Hopkins, neither better than here), who quickly fall in love and work together to rob Madame Colet, a wealthy gold digger (Kay Francis) whose once-elderly, now-deceased husband left her in charge of his perfume empire (ah, Paris). The manner in which this particularly con is deployed involves Gaston taking the position of Madame Colet’s secretary, earning her trust to the point at which he’s able to move her money close enough for him to snatch it overnight. Kay Francis is quite a charmer herself, bored by the suitors (the incomparable Charles Ruggles and Edward Everett Horton) who so often come calling, and takes immediately to the dashing ease with which Gaston conducts himself. But Gaston did not plan on his own attraction to her. 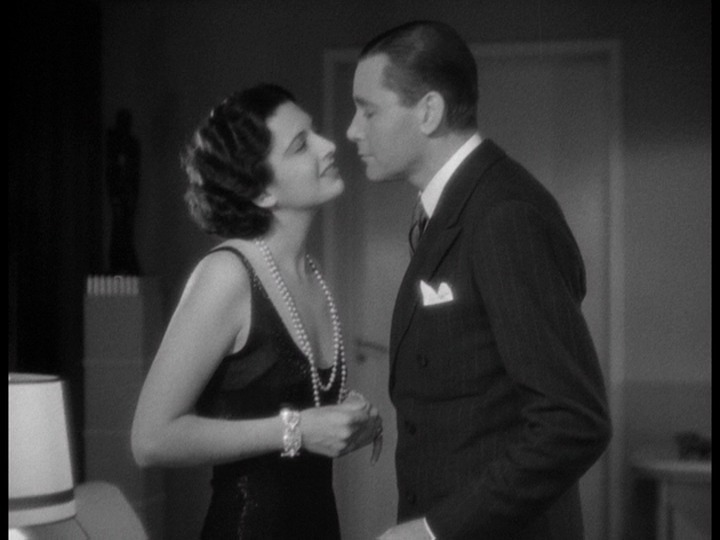 So the film quickly bubbles over with the kind of sex appeal one really only could find in this brief period before the Production Code took over, and I have a harder time thinking of many films sexier than it. Double entendres, the bread and butter of the era, are not nearly enough – nearly everything that Marshall, Hopkins, and Francis do or say carries the undercurrent of sex, and the early scene in which Gaston and Lily fall in love is far and away my favorite seduction in cinematic history. As a result, however, there exists a perception (even by the film’s screenwriter, Samson Raphaelson) that  Trouble in Paradise  is little more than well-made fluff. Even if that were true, oh, what fluff it would be, but Gaston’s conflict is both deep and instructive. It’s easy to be taken by sex appeal, but finding someone with whom you can truly live is another matter altogether.

The film is an absolutely pleasure to watch, with nary a minute passing without better jokes than those that populate many movies of its or any other time. It seems to walk amongst the clouds, the score (by W. Franke Harling and Leo Robin) dancing along as Victor Milner’s cinematography sparkles. Criterion’s 2003  disc, which has gotten no small amount of play in my house, was always problematic, soft around the edges even as it retained some nice grain. Masters of Cinema’s new Region 2 DVD-only release isn’t a complete revelation, but it does look considerably better. It’s much sharper, allowing for a real crispness in the grays and depth to the blacks that you don’t get with Criterion’s transfer, and the audio follows suit, sounding much more robust even as it has artifacts usual to a film over eighty years old. The film is presented in its original aspect ratio, 1.37:1. 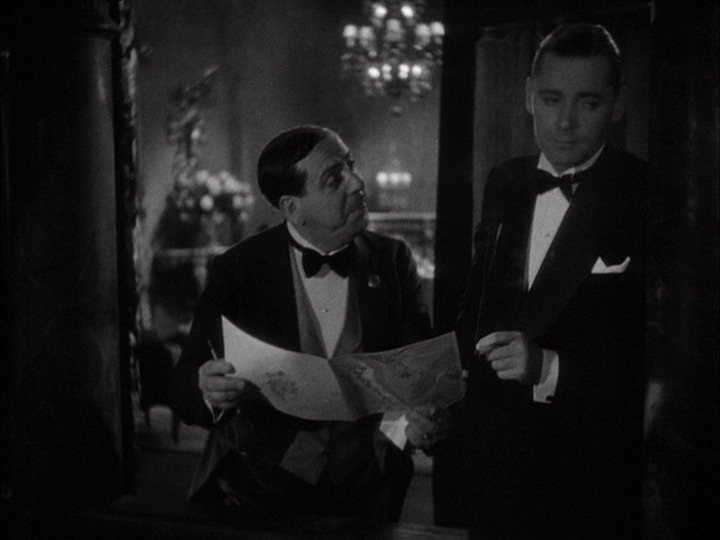 But don’t throw out that old Criterion disc yet! None of its bonus features are ported over, though the MoC disc is no slouch either. There’s only one on the disc, but it’s a doozy – a loose forty-minute conversation between cinephile luminaries Kent Jones and Dan Sallitt. While lacking somewhat in production value (the audio’s a little choppy and Jones is almost framed out), it’s a gold mine for sussing out exactly what we’re talking about when we talk about the Lubitsch touch. These are two incredibly bright men, so it’s a treat to hear them discuss anything, but to get them on Lubitsch is just the tops. MoC doesn’t deviate often from the static shot of the two of them, occasionally diving into still images over their voices, and very rarely going to a clip, allowing us to get the most out of this.

On the booklet side of things, there’s a long piece by Raphaelson that he wrote for The New Yorker in 1981, discussing he and Lubitsch’s relationship, or lack thereof. It’s an interesting, slightly rambling piece, revealing that even this in this age of  camaraderie  so often described to us, interpersonal relationships could be just as awkward as ever.

Trouble in Paradise  is something of a dividing line for many cinephiles surveying Lubitsch’s better-known work. For many, I know it represents a culmination of this fun, but ultimately too-fluffy-to-be-taken-seriously Pre-Code period for the filmmaker, before he got onto more “respectable” work like  Shop Around the Corner  and  To Be or Not To Be. I love those films, but they’re nothing near what he got out of  Trouble in Paradise. For me, it’s the culmination of the wonder that was Lubitsch in the early 1930s, which one can explore further in Criterion’s Lubitsch Musicals Eclipse set  and their Blu-ray release of  Design for Living. It’s not only as great as Lubitsch ever was, it’s about as great as cinema gets. I still can’t believe it exists, but boy am I glad it does.

Buy Trouble In Paradise from Amazon.co.uk