After a two-year hiatus, the fine folks at Kino International have extended their series of Classic Educational Shorts with another pair of meticulously curated DVDs. Volume 5, Rules for School, and Volume 6, Troubled Teens, follow the DVD releases that I enjoyed and reviewed here right around this same time back in 2011. Whereas the earlier editions focused on broader topics of safety and salesmanship, these latest installments exert a strong appeal to me as someone working in social work, education and mental health disciplines. And even if you don’t share my professional interests, anyone who enjoys brief revisits to a swiftly receding cultural past just brimming with unintended irony will find plenty to marvel at in these snapshots of the neurotic hangups of a bygone era.

These collections of gems, originally released in 16mm format and ranging in length between 6 and 25 minutes, provided stern but loving measures of instruction and, when necessary, confrontational inquiry to a generation of Americans growing up between the early 1950s and the early 1980s.  Courtesy of master 16mm film archivist Skip Elsheimer, founder of the A/V Geeks Film Library, each volume benefits from a thematic unity that ties together most of the loose ends of films shot by different directors over the course of four decades. His on-screen annotations and sequencing don’t quite add up to narrative continuity, especially since the films don’t even play in chronological order, but that’s not a deficiency at all. The organizing principle of the discs is something approaching the symphonic, with a grandly stated opening theme or overture of sorts kicking off each disc, followed with selections that modulate the tempo, build dramatic tension and result in a vividly memorable climax at the end of the main program.

For example, Rules for School opens with a self-evident title track, School Rules: How They Help Us. The viewer is immediately struck by the force and power of the narrator’s authoritative, paternalistic tone – that “voice,” instantly recognizable as The Man In Charge. His solemn intonations are solidly reinforced by the next few segments, How Quiet Helps at School, Manners in School and Safe Living at School. Clearly, there is no room for messing around. But for those who remain curious about the cheap gratifications of forbidden rowdiness, Take Your Choice, School Spirit and Sportsmanship and Mike Makes His Mark lay out in plain terms the risks and inevitable reprimands awaiting those who choose to color outside the lines by getting caught up in delinquent pranksterism. Rescue Man offers a brief reprieve from the growing tension as we envision ourselves through the eyes of its protagonist as a youthful hero (or really, just a kid sidekick clad in cringe-inducing yellow satin short-shorts and green tights) who rises to the challenge of helping his fellow students evacuate an imperiled school bus. Finally, Noontime Nonsense brings us to a rousing finale as students come to grips with the dangers of peeling out of the school parking lot at lunchtime in their souped-up hot rods after some innocent bystanders are nearly run over. In response, they form a study committee, develop rational strategies for slowing down the traffic flow and come up with calm, manageable solutions that prepare them for the future leadership responsibilities in Corporate America that will certainly fall upon them (or in the young women’s case, their husbands) in the years ahead.

Likewise, Troubled Teens immediately gets our attention as we step into the high school locker room to get a candid pep talk on male sexual development in As Boys Grow. The excitement and arousal generated by this invigorating opener is prudently dampened by The Last Date, starring a young Dick York (the original Darrin on mid-60s sitcom Bewitched) as a cocky young fellow who just can’t resist pressing that gas pedal all the way down to the floor. What Made Sammy Speed? seeks to probe into the psyche of emerging leadfoot drivers, while A Quarter Million Teenagers reprises the hormonal overtones of As Boys Grow by delivering an alarming cautionary note about the hazards of VD when that “growth” is recklessly engaged. Then, without much warning beyond the dates printed on the DVD case, we’re thrust from the relative tranquility and orderliness of the early 60s into the psychedelic wilderness that swept across the landscape in the latter part of that decade. Drug Attack (produced incongruously by the Lockheed Aircraft Corporation) is an amazing impressionistic experimental film, consisting of seemingly random still images spliced together – they made me think of what Chris Marker or Hollis Frampton were doing around the same time – over a groovy, jam-filled soundtrack, only to see the trippy excursions through late 60s pop culture end in the bummer of a drug bust, hospitalization and intrusive medical examinations. Violence and Vandalism exposes teens run amok, stoking the tension even higher, but Teeth, an absurdist juxtaposition of hallucinatory swirls and earnest reminders to maintain consistent dental hygiene, lightens the mood in reminding us of just what a goofy phase of social development our nation was going through in the early 1970s. The respite of chuckles is brief though,  as Lucy, The Party’s Over (watch it in the embedded video below) and, most traumatizing of all, The Day I Died, each strike hammer-blows against the conscience of any sensitive viewer, warning them to get back on the straight and narrow BEFORE IT’S TOO LATE.

But as the on-screen salesman have been pitching us for years… “Wait! There’s still more!” These DVDs are truly loaded with material, well over three hours of footage on each disc. After the main programs of films directed toward the young folks have run their course, Bonus Shorts offer guidance to the adults trying to steer them toward the success and prosperity that we just know awaits them if they only stay in line and play by the rules, doggone it. The Rules for School disc has over an hour of material aimed at refining the skills of school teachers and volunteers, ranging from the mundane (guiding kids safely across busy intersections) to the serious (When Should Grown-Ups Stop Fights? quizzes viewers on how to tell the difference between youthful hijinx and serious aggression) to the cataclysmic (Civil Defense in Schools spells out the necessary measures to take in the event of a nuclear missile attack.) A vintage bit of nostalgic funniness focusing on the teacher’s day-to-day responsibilities comes in the form of Maintaining Classroom Discipline. Poor Mr. Grimes is having a bad day, and his class will pay the price.

The Bonus Shorts on Troubled Teens veer away from the focus on basic group maintenance that prevails throughout Rules for School, casting their attention instead on what to do when the behaviors in question become more difficult and problematic. Talking to Your Teenager About VD, Condoms: A Responsible Option and The Gang all give practical insight as to the subject matter through their titles alone. And the urgent question of what to do about America’s drug of choice, alcohol, is dealt with from a distinctly market-based perspective in this film aimed at convenience store retailers, A Case for Beer. It definitely stirred up memories of my own adventures in underage buying, back in the day…

The rough quality, vertical line damage and other blemishes you see in these YouTube videos are pretty much identical to what you’ll find on the DVDs. For the most part, the worn-out condition and overall warpiness of sound and image function like a patina of venerability on these fine old relics, conveying a sense of authenticity that full-fledged restoration (were it even possible) would somehow diminish. It’s hard for me to imagine how subsequent collections of Classic Educational Shorts could fall more squarely in my personal wheelhouse than these two volumes, but I can vouch for my own addiction: along with Criterion Collection and Eclipse Series releases, I consider myself a completist when it comes to this line of DVDs. I just hope it doesn’t take Skip Elsheimer and Kino International another two years to come up with Volumes 7 and 8, regardless of whatever direction  they want to go as they sift through that monumental A/V Geek archive. 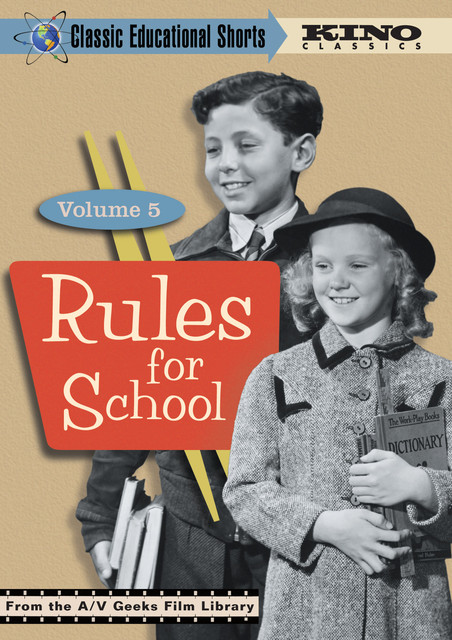 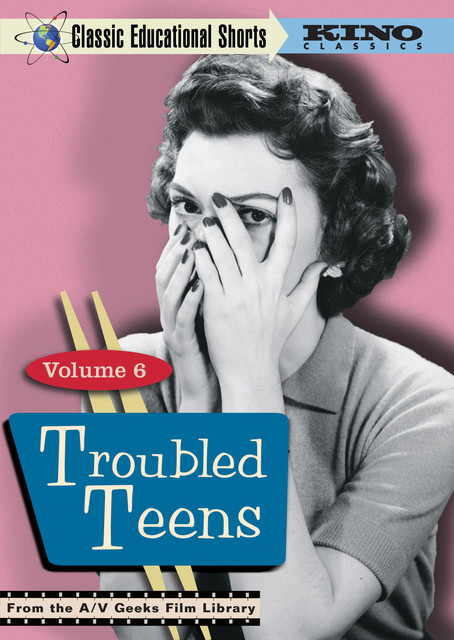