The story of the wandering ronin is back once again with the Akira Kurosawa’s underrated 1962 gem “Sanjuro“, a sequel to the wonderful film “Yojimbo”. Toshiro Mifune reprises his role of Sanjuro, just appearing on the screen when the nine samurai are discussing their struggle with the ‘bad’ elders in their clan. Sanjuro just pops up from another room and of course, with his amazing wit, is already involved in the scheme of things. As with the previous film, he somehow finds a way to play the role of ‘anti-hero’ with a wonderful bravado only Mifune knows how to exude on screen. This time around he takes the name Tsubaki Sanj?r?, which translates to “Thirty year-old Camellia Tree”, a little nod to the joke in the first one where he took the name of a nearby plant. And he also adds, like in the first film, that he ‘is almost forty though.’

The movie starts fiercely and ends as fast, with a brief running time of 98 minutes that seriously goes by before you know it. Sanjuro poses again as a bad ronin, trying to get to the bottom of the scheme of Hanbei Moroto, which actor Tatsuya Nakadai steals the movie in this villainous role. A great little confrontation between the two ends with Hanbei challenging Sanjuro because he has been made a fool, and Sanjuro is reluctant to agree, due to the fact that one of them would surely die and there is no gain in that at all. But he insists and Sanjuro agrees and ultimately the showdown is had. Not giving anything away from the ending except the farewell “Abayo” which means “See ya later”, it’s a great indicator of the overall tone of the film.

As per usual, Criterion has done a bang up job with this release, especially in the Blu-ray format. Exclusive to the Blu-ray is a DTS-HD Master Audio, which makes the rich, deep sounds of the swords even more powerful, which also gives the film a whole different feel from past releases, especially from the older print from 1999. Also included on this release is a great 35 minute making of documentary, which was created as part of the Toho Masterworks series Akira Kurosawa: It Is Wonderful To Create, which features Kurosawa himself speaking about the making of the film. It also features Tatsuya Nakadai (who plays villain Hanbei Moroto), production designer Yoshiro Muraki and longtime Kurosawa collaborator Teruyo Nogami. As with their release of “Yojimbo”, they brought out a new and improved English subtitle translation, but suffers slightly from being too bright on the screen.

At times light hearted and comedic and at others a somber tale of a lost samurai who truly has nobody he can relate to except for his sworn enemy, “Sanjuro” is a film that makes perfect sense in the Criterion Collection. It has Akira Kurosawa, for one, who is the most prolific director in the collection. You then have a masterful performance by Toshiro Mifune, another regular in the collection. And that it is a beautiful and stylized samurai film makes this trifecta a perfect fit and is as wonderful today as it was almost 40 years ago in Japan. 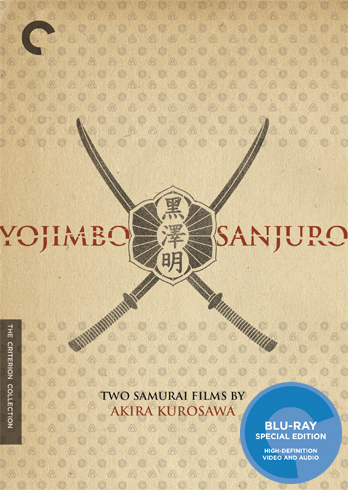 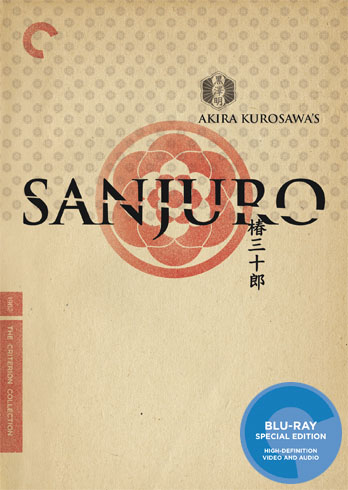 Images and Trailer courtesy of The Criterion Collection