As many of you know from reading our site and listening to our podcast, we are pretty big H.P. Lovecraft fans. Fans to the point we will check out anything and everything that is influenced by his stories or are as close to an adaptation as you can get. So when news came around that there was a comedic horror film coming out that was influenced by Mr. Lovecraft, our interest was definitely through the roof. Considering films from Re-Animator to Hellboy mix a bit of comedy into the horror, which is usually what Lovecraft did within his tales, it seemed like the most logical step into making a film. But does it work?

The Last Lovecraft: Relic of Cthulhu tells the story of Jeff (Kyle Davis), an office worker who just wants to live a normal life and his friend Charlie (Devin McGinn) who is always getting him in trouble. They’re attempting to make a comic book but of course they’re mundane life always gets in the way. Unknown to Jeff, he is the last descendant of H.P. Lovecraft, novelist and fighter of evil. Yes, his books were actually warnings to the world about the coming of Cthulhu, who has his own minions on Earth, attempting to get their lord back to take over the world.

Jeff is given a piece of the relic which is the key to opening the tomb of Cthulhu. The Starspawn, one of Cthulhu’s generals, is in search of this relic and with his minions will stop at nothing to get it back. Jeff and Charlie are on an adventure now, and they need help. Their ‘friend’ from high school, Paul, who is obsessed with everything Lovecraft, is the help they need. Will they be able to stop the Starspawn and Cthulhu’s minions in time?

I truly wanted to love this film. Anything with Lovecraft tends to be a reason for me to watch a movie, even if it’s very subtle. With Henry Saine’s The Last Lovecraft: Relic of Cthulhu, it starts off seeming to be a loving tribute to Lovecraft’s works, but then goes into muscle head comedy, which was the last thing I expected from such a film. Why do I say that? Paul, who is the Lovecraft fanatic, is called gay and a weirdo throughout the film. Some would say lovingly by his friends, but ultimately it’s a cliche of most films, when dealing with the ‘nerd’ of the film. We’ve seen it in films like Superbad, but with that film there was a bit of heart throughout. In The Last Lovecraft, it comes across as very mean and vindictive.

And that’s a shame, because it has the pieces to a better puzzle, but they never put them together to make a fun film. I did chuckle throughout, such as a scene with the Starspawn dealing with his minions and asking who the leader is. I was hoping for more of those scenes and less of a bad Ryan Reynolds impression by Devin McGinn, who plays Charlie. He is also the writer of the film, and you can see there is a love of Lovecraft’s material, but with the minimal budget and film making experience, it just never comes together.

As a creature feature, it’s adequate but I’ve seen most of this before in Jack Brooks: Monster Slayer, which had a better mix of practical effects and comedy. The Last Lovecraft deals with some great practical effects in some scenes and then some abysmal CGI which just takes you completely out of the picture. Even a film such as My Name Is Bruce, which has some questionable material (Ted Raimi as a Chinese demon?), it has the power of a Bruce Campbell who tends to carry any film he’s in.

Ultimately, The Last Lovecraft: Relic of Cthulhu fails at being a horror film and a comedy as well. It’s a difficult mix, and most don’t understand the proper amount of each. A few chuckles and some good effects does not make a movie. If you want a good horror comedy, stay with Shaun of the Dead. If you’re looking for a good mixture of dark comedy/horror and Lovecraft, stick with Stuart Gordon’s Lovecraft films Re-Animator, From Beyond and Dagon. You’ll have a more loving feel of the material. 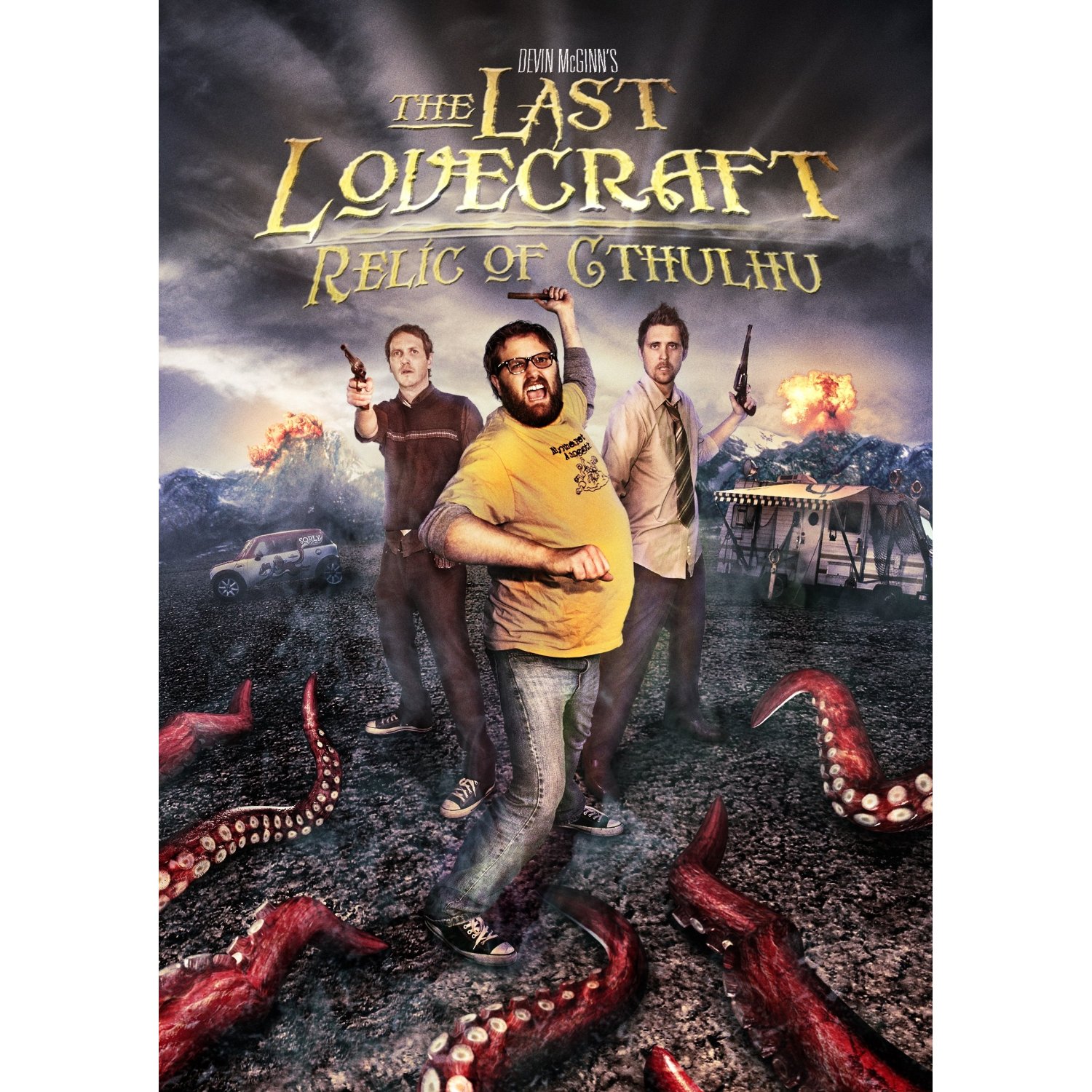