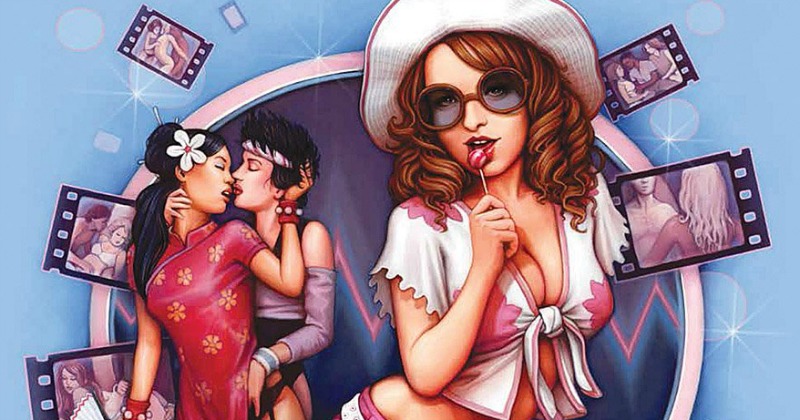 Warning: There might be some words and posters that could be deemed NSFW. I wouldn’t want anyone getting fired for such a reason.

How does one go about writing a book review? That is a question I’ve dealt with all my life. I’ve gotten a few film related books in my time, delving deep into information about specific genres of film or about a director or an actor. Those types of books you can find a beginning, middle and an end. But Robin Bougie’s fantastic new book, a sequel to the amazing first Graphic Thrills book, which delves into film posters of pornographic films from 1970 – 1985, was going to be tricky.

The reason it was going to be tricky was that it was going to be me gushing (poor choice of word?) about the amazing posters he featured, while he gave great insight into the particular films, the stars and filmmakers behind those films, all in one beautiful package. It would probably end up me just showcasing a few of the posters in a listicle format, or one of those dreaded clickbait articles where you have to go through page after page to just see the next poster. But that’s not how I roll.

Instead, I decided to do something which I had never done before. I went out onto the trains of the New York City subway system, to coffee shops, to libraries and just sometimes on a park bench and would randomly open up the book next to someone. I would ask them if they were interested at looking at the book or a particular page I opened up to and then asked them what they thought. Most people just got up and sat somewhere else. I had one woman smack my arm and tell me I was the devil. Another guy told me I was going to go to hell with that smut on the train. But plenty of people gave me some good insight on pornographic films and what people think about them as a whole. Their names have been changed because most didn’t give me a name anyway.

Charlie sits next to me on the F train. It’s about 6 p.m. He looks over at me, down at the book, back at me and smiles.

“Yes, it is. It’s a collection of them, with some stuff about the films. But the focus is on the beauty of the posters, the artistry.”

I show him a few more and he asks me where he can buy it. I tell him Fab Press is putting it out, also the usual places like Barnes And Noble and Amazon, or a local bookstore.

Rochelle gets on the train and sits next to me. It’s a bit tight due to it being rush hour on the N train. She looks at the book.

“Oh god. Why do I have to sit next to the weird ones?”

“The weird ones? What’s so weird about an art book.”

“This is pornography, not art.”

“One person’s pornography is another person’s art. Just take a look at this.”

“I’m not looking at anything nude and crude!”

I show her a picture of the poster to Disco Lady.

“No, no. That’s Rhonda Jo Petty. She was famous because she looked like Ms. Fawcett.”

John sits next to me. He sees the cover of the book in my lap.

I laugh. I open up to a random page. Oriental Babysitter is the poster of choice.

He leaps up, giving one more glance before heading to the other side of the train.

Richard sees a picture of the poster for Sweet Cakes.

“I used to love Jennifer Welles’ films. She was a favorite of mine.”

“What is this book?”

I explain to him the book and it’s purpose.

“This is great. I miss the days when you could go to a legitimate theater in Manhattan and see these films. 42nd Street before they made it all family oriented.”

“Oh yeah, the Deuce. Those days are sadly all gone.”

“Exactly. Now people can’t even watch the full films. They just go on their computers and watch 3 minute clips and get off in that amount of time. It’s awful. Makes me sick.”

Larry sits nearby at a coffee shop. He looks over at me while I have the book up. He motions for me to look at him.

“So, films with fucking in them? I got all you need in my bag.”

“That’s okay, sir. I’m just reading about them right now. You have anything from before 1985?”

Rachel sees the poster for Sodom and Gomorrah: The Last Seven Days.

Craig sits down and sees the book in hand.

I hand him the book. He looks through, laughing at some of the posters. He stops at one in particular.

“Who is Long Jeanne Silver?”

“Oh, she’s amazing She was born with a birth defect. She had a footless leg and would use her stump like a penis to penetrate.”

“Whaaaa? That’s crazy! How can I get her films?”

Johnny sits down, looks over at me and is about to get up until he sees the poster for The Incredible Sex-Ray Machine.

“Haha Big John Holmes. That’s an understatement. Wasn’t he the guy who had a huge dick?”

“Yeah, that was his calling card, so to speak.”

“That’s probably true. But I’ve heard horror stories about it, that they can’t truly feel good because most women are actually afraid of the size.”

“Really? So it’s like a Catch-22 then. You have this God given gift, but it’s a burden on your own life? I never thought of it like that before.”

And Johnny gets up, shakes my hand, thanks me for the time and leaves the train at the next stop.

This book is a film lover’s ideal gift, especially with the holiday season coming up. Even if you’re not into pornographic films, especially classic artistic ones from the 70’s, it’s still a treasure trove of a section of cinema that gets typecast as just dirty, filthy and one note, when in fact it wasn’t always that way. Yes, the films were there to titillate the audience, but sometimes you had some people like Jamie Gillis, Sharon Mitchell, Constance Money and various others who were actors who also were very good at having actual sex in front of the camera. 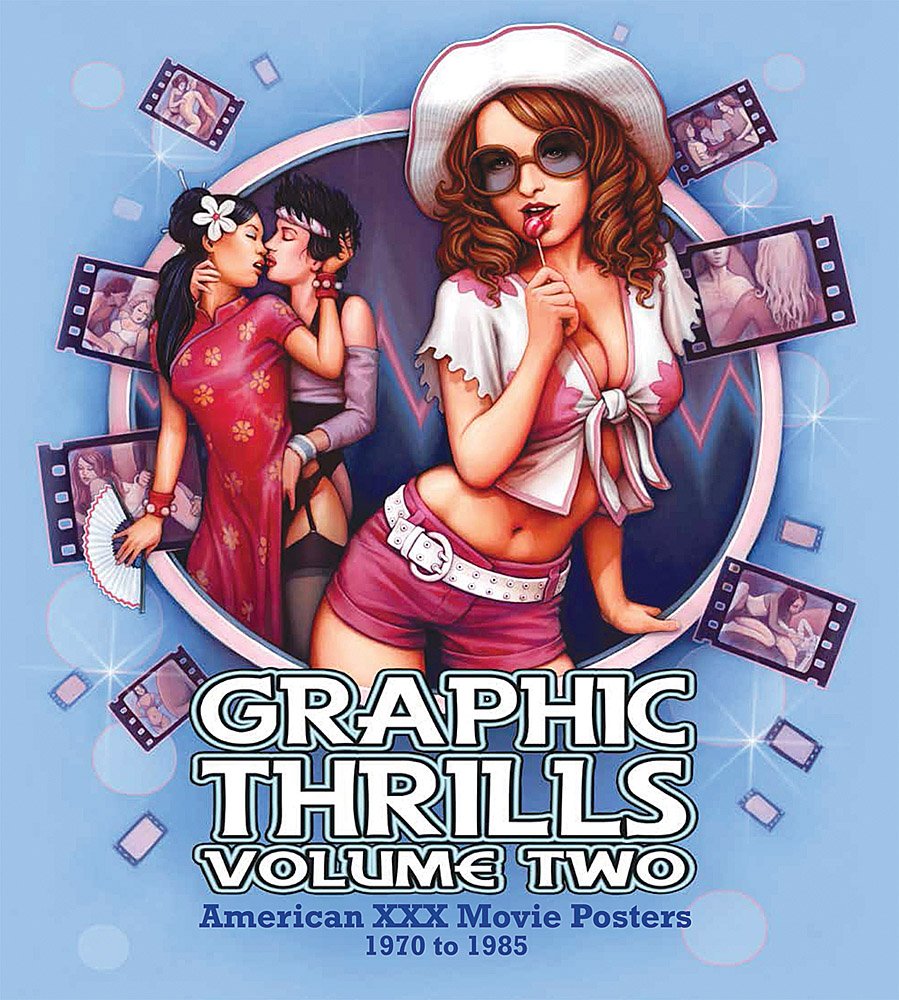