Nobody has given credit where credit is due when it comes to Shout! Factory’s great treatment of the original Gamera series. Each film in the series has been remastered and put out on DVD, this being the last double feature, and for all kaiju fans out there, happy days are here. But considering this is the last of the series (the 90’s saw a return to the shelled warrior, but that isn’t in line yet), it is also a sad day, considering this is the last Gamera DVD that will be released anytime soon. But how are the films included?

In the first film, Zigra attacks a moon base without warning. Two children, Helen and Kenny, see Zigra’s spaceship going toward the ocean. They go to investigate with their fathers, but they are captured by Zigra’s female minion, who is attacking Earth with gigantic earthquakes to showcase their superiority in science and power. She proceeds to tell the Earth to surrender their planet. The children escape from her ship by transporting themselves back to the ocean and are convinced Gamera must help the Earth once again.

In a back and forth between Gamera and Zigra and the space woman and the children, it is a fun film which doesn’t bore the viewer. It has the most peculiar ending for any Gamera film, which I won’t ruin for anyone who hasn’t seen it, but has the best use of the Gamera theme song ever. Like most Gamera films, there isn’t much plot besides the usual ‘kids in peril who beg Gamera for help’ device which has been used time and time again, yet in this case is back to being a good time.

Gamera: Super Monster was the belated final entry in the Showa series. Zanon comes down to Earth and starts to enslave it. Earth’s mightiest heroes, the Spacewomen, are no match for him, so they go in search of a young boy who has a special connection to Gamera, who they must ask for help against Zanon and his minions, his most dangerous enemies ever: Gyaos, Zigra, Viras, Jiger, Guiron and Barugon. If he can match his might with all of these monsters, he will try to defeat Zanon for the Earth.

This film was intended as a kid’s movie, and you can tell. It also uses a ton of stock footage for all the fights with the monsters. A third of the film is stock footage, with about two thirds of new Gamera footage to attempt to make sense of all the fights. As a fan of the series, I appreciate how they explained how he fought Guiron on the alien planet, which was where he fought him in the original film. And being the last film for 15 years for Gamera, it is a touching and sweet ending to the eight film series.

Nine years separates both of these films. Gamera Vs. Zigra (1971) and Gamera: The Super Monster (1980), but one wouldn’t necessarily know that, considering the budgets were sadly being cut every time a new film was being made. As I said above, the last film was a third of stock footage and primarily for children, so you can tell where it was going. Shout! Factory again put out another proper release, uncut and with both the original Japanese and English dubs. The only complaint, which isn’t their fault, is that the second film’s English dub is pretty horrible sounding. But why are you watching it dubbed anyway? It’s just sad that this is the last review I’ll be writing the word Gamera in for who knows how long. 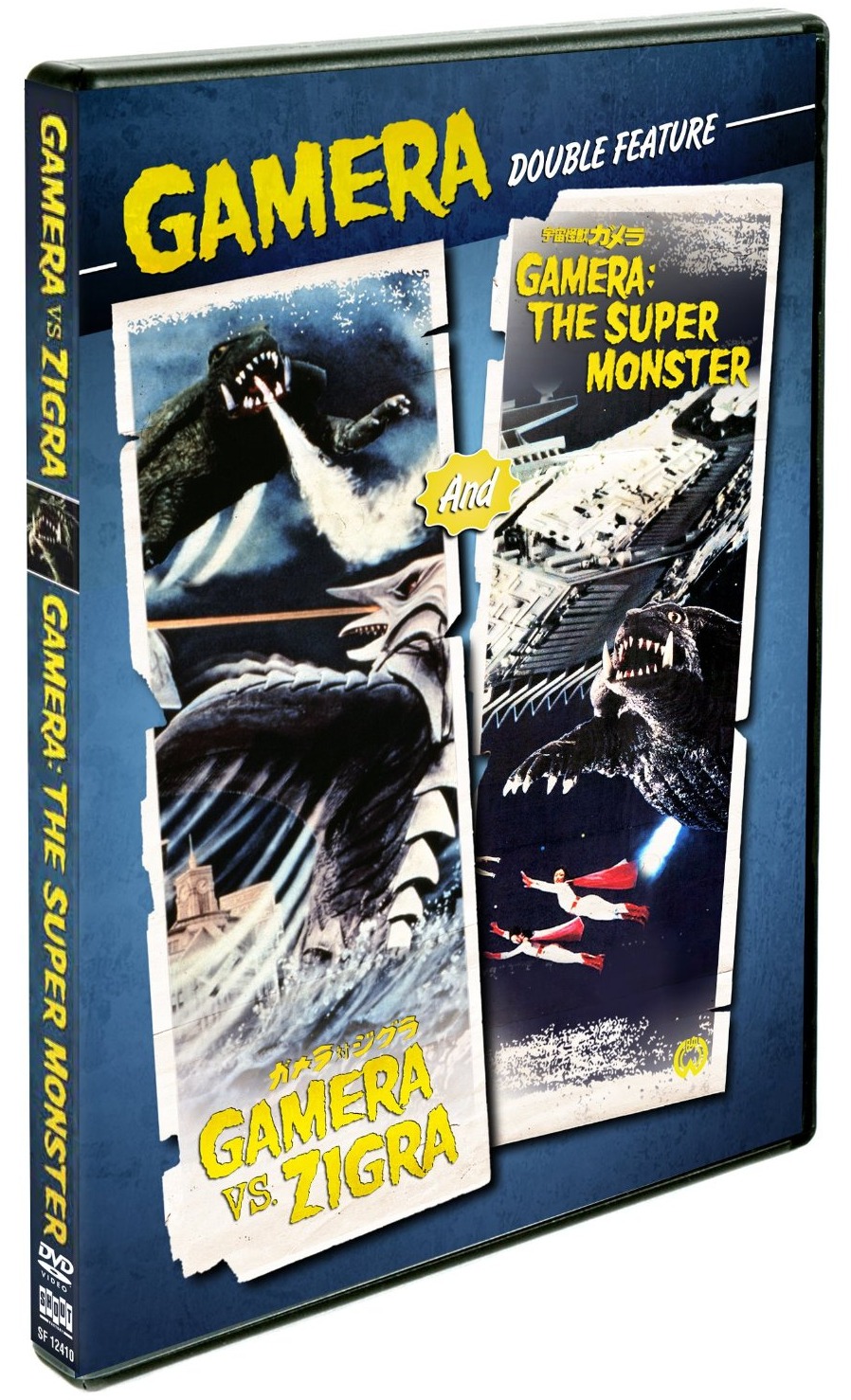