Time is an interesting beast when it comes to its relation to particular films, or cinema as a whole.

Often taking a negative toll on films, genres or cinematic eras as a whole, some films are able to not only transcend the concept of time on a narrative level, but with in the case of Broadcast News, which has recently made its debut in The Criterion Collection, it’s the film’s themes and ideas that truly hold this film’s head above the pile of water known as time.

James Brooks’ second feature film (after 1983’s Terms Of Endearment), followed in the wake of not only hit TV franchise after hit TV franchise spurned by the iconic pop culture giant, but also decades of growing political, social and cultural change.

At its core a story of relationships, Broadcast News follows three journalists; a hapless but handsome anchorman, a shlubby yet talented and inspired journalist, and a cutthroat but charming female producer, and you have the core of what makes Broadcast News the transcendent piece of cinema that it is.   Focusing less on the nature of journalism (although it is there, more on that in a moment), and more on the love triangle at the film’s core, Broadcast News is a thematically interesting look at three peoples separate senses of obsession, that would be compelling enough for one Werner Herzog to stand up and applaud.

The film stars one hell of a cast.   Led by William Hurt, Albert Brooks, and Holly Hunter, the wholly brilliant screenplay is given a great sense of depth by the cast here. Hurt plays the handsome but dimwitted Tom Grunick, and while it’s not a role he’s accustomed to (Hurt has always been known for much deeper and somewhat darker roles), he’s perfect here.   You get the sense that this man isn’t quite as superfluous as the film would have you think, and while he does bend the ethical rules a wee bit, you end up feeling really charmed him.   It’s a great, layered performance, that really pairs well with its two counterparts.

Hunter is also fantastic here as the producer Jane Craig.   The character is pulled between two men who she truly falls hard for, and while she’s a character so steeped in the concept of truly knowing everything that is going on, there is this deep seeded sense that she is totally lost in this world, that when she heads into the booth to produce a show, she finally finds a home.   It’s a really fantastic performance.

However, I found the true star here to be the always entertaining, and the always hilarious, Albert Brooks.   He plays the charming, and yet overlooked Aaron Altman, and you can tell that this was the one actor that James Brooks had in mind while penning the film’s screenplay.   It’s the quintessential Albert Brooks performance; blunt, sarcastic, self deprecating, and yet it’s one of the most charming, and ultimately emotionally moving performance you’ll see from this era of American filmmaking.

That said, it’s Brooks’ screenplay that I think is the film’s real star.

At its core, it’s a truly moving romantic comedy.   Featuring laugh after laugh, the film is drenched in this sense of melancholy, that really comes through wonderfully in Brooks’ fantastic script. However, it’s also very telling of the times.   Made in 1987, times were changing.   More and more women were becoming a major part of the workplace, particularly in the news business, which itself was seeing a complete shift in style.   Seven years into the 24-hour news cycle (CNN was founded in 1980), news was slowly becoming more and more polarizing, in an attempt to fill the allotted time.   With the onslaught of computers coming as well, the film does a great thing both on the page and in the frame, of showing the viewer that yes, this is a fast changing world that these characters are dealing with, and it’s okay to be a bit confused, as our three leads often are during the film.   It’s a thematically compelling bit of writing, that I think bleeds perfectly into the film’s simple, yet completely pitch perfect visual sensibilities.

Oh, and it looks mighty gorgeous on Blu-ray.

The new Blu-ray’s transfer is absolutely fantastic, giving the film’s stylistically 80s sensibilities a wholly new life.   It’s still very much telling of that era, but the HD gives the film a great sense of fluidity, that it’s a really nice upgrade.   The sound is also great here, giving Bill Conti’s score a much needed shot in the arm.   It’s a relatively cliché score, but it does do a good job of adding to the film’s emotional core.

As far as features go, this one is full of them. The champion here has to be the documentary, James L. Brooks ‘“ A Singular Voice, which features interviews with the likes of Hans Zimmer, Julie Kavner, and other various collaborators.   It’s a long look into the life and career of James Brooks, and really adds a lot to the film either before or after seeing Broadcast News.   It’s extensive, and very compelling as both a documentary on its own, and a simple supplement.

Rounded out by interviews with veteran CBS producer Susan Zirinsky, and a featurette featuring on set pieces and interviews with the core cast, you have a justly deep collection of features for one of the ‘˜80s most transcendent and timeless pieces of cinema. Moving, hilarious, and thought provoking, Broadcast News is a must own.

Since the 1970s, the name James L. Brooks has been synonymous with intelligent television comedy’”his shows are insightful about work and love and always plugged in to the zeitgeist. He is also a master storyteller of the big screen, and none of his films was more quintessentially Brooks than Broadcast News. This caustic look inside the Washington news media stars Holly Hunter, in her breakout role, as a feisty television producer torn between an ambitious yet dim anchorman (William Hurt) and her closest confidant, a cynical veteran reporter (Albert Brooks). Brooks’s witty, gently prophetic film is a captivating transmission from an era in which ideas on relationships and the media were rapidly changing. 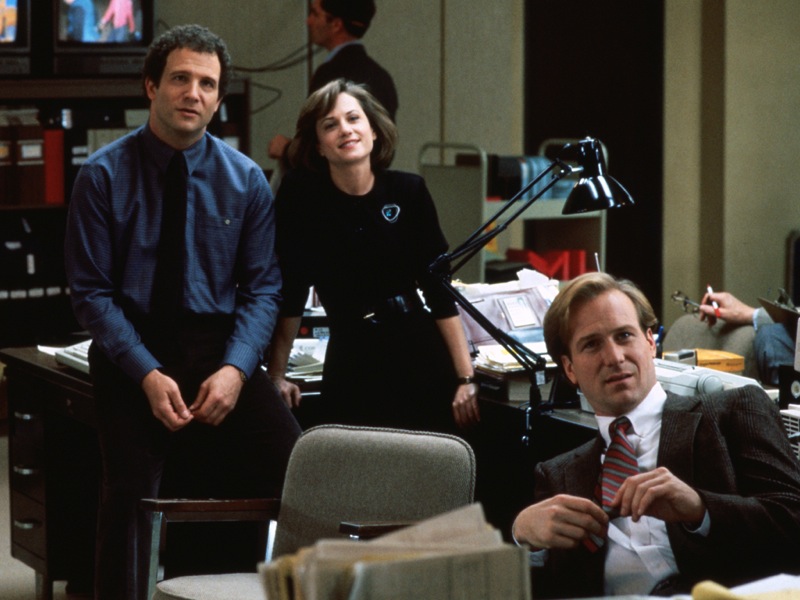 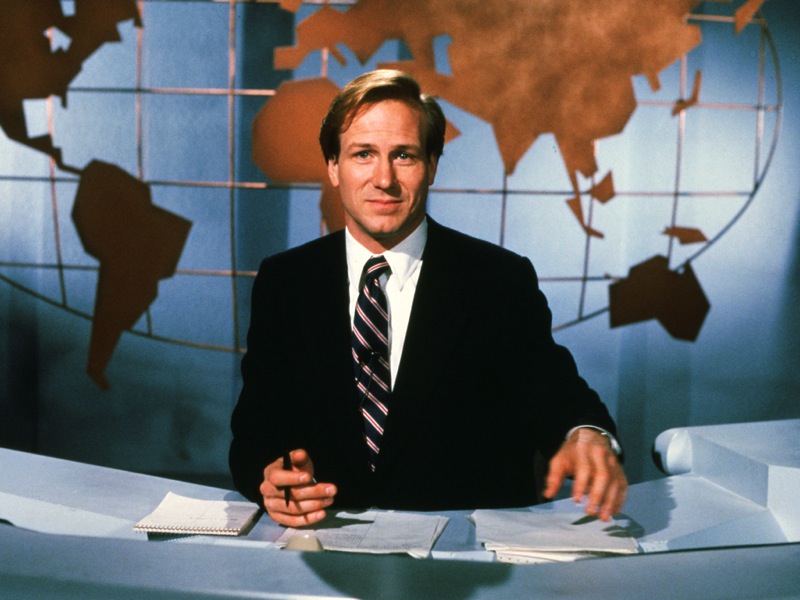 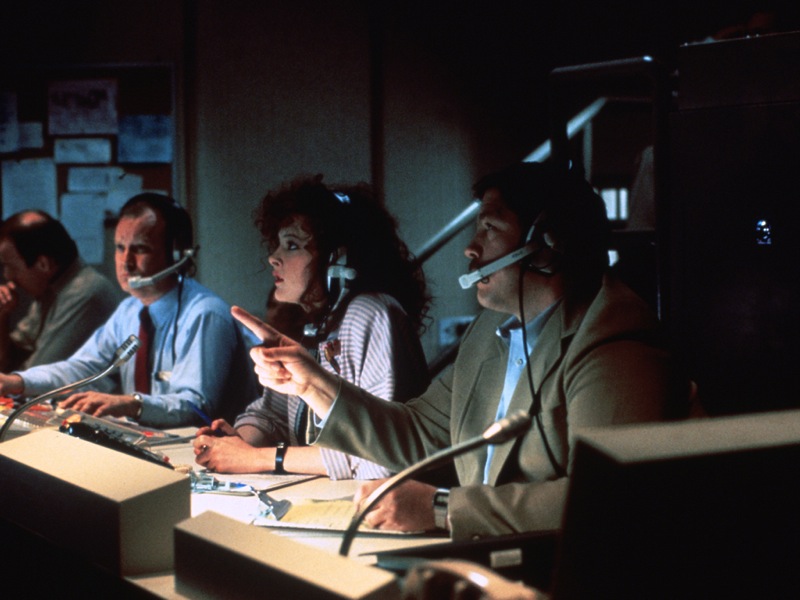