How badly do you want to live? How much is your life worth to you? Is the human will strong enough to get you out of any horrific situation? These are some of the question asked in the new film by Danny Boyle (Trainspotting and Sunshine), 127 Hours based on Aron Ralston’s book, “Between a Rock and a Hard Place”.

127 Hours is about the real life situation of canyoneer, Aron Ralston (James Franco) who was trapped in a canyon, who’s right arm was pinned under a boulder for, you guessed it, 127 hours. The journey of a man coming to terms with his life’s decisions and ultimately coming to accept the fact that he might have to cut off his arm to free himself from certain tragedy. The premise is simple enough but what is conveyed in this film is far from simple.

The film opens with a fast pace commute of people all over the world from New York to Tokyo along side Soccer matches to show the joy of life. This follows along with Ralston as he packs for his weekend excursion into the unforgiving wilderness of the canyons of Utah. On his adventures, he meets two lost hikers Megan and Kristi (Amber Tamblyn and Kate Mara). Ralston uses his charms to seduce the hikers into having an adventure together. This done in an exciting sequence involving a canyon and a small pool of water. Once they part ways, an accident with a boulder has Ralston trapped. This has got to be one of the longest opening title sequences I have ever seen. Highly effective to get an audience in the right mind set of what’s to come.

A majority of the film is spent in this claustrophobic canyon with Ralston. For the most part, it works. James Franco is a strong lead, playing an ultra fun, adrenaline junkie, in Aron Ralston. We as an audience feels every moment with his character. The agony of fear and the small pleasures of a bit of sunlight during a cold day is portrayed brilliantly by James Franco. At times funny and always sympathetic, James Franco is extremely convincing as a man on the brink of madness, engulfed with the fear of death and desperate for food and water. 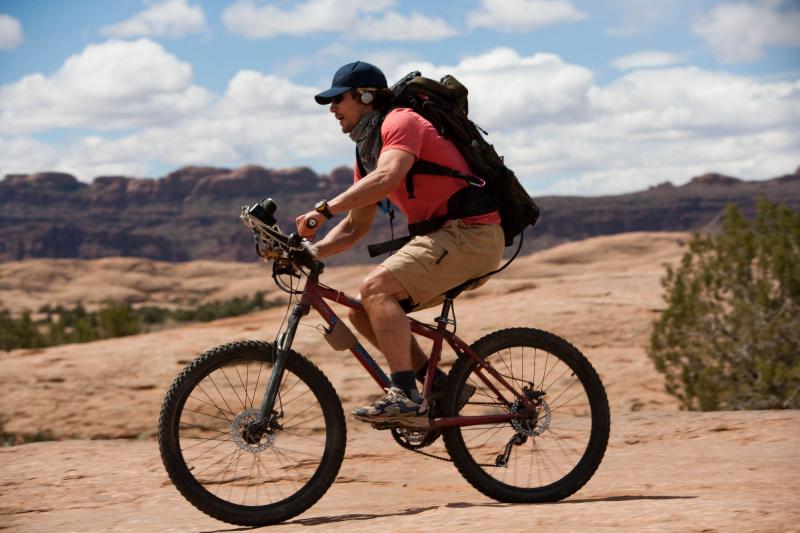 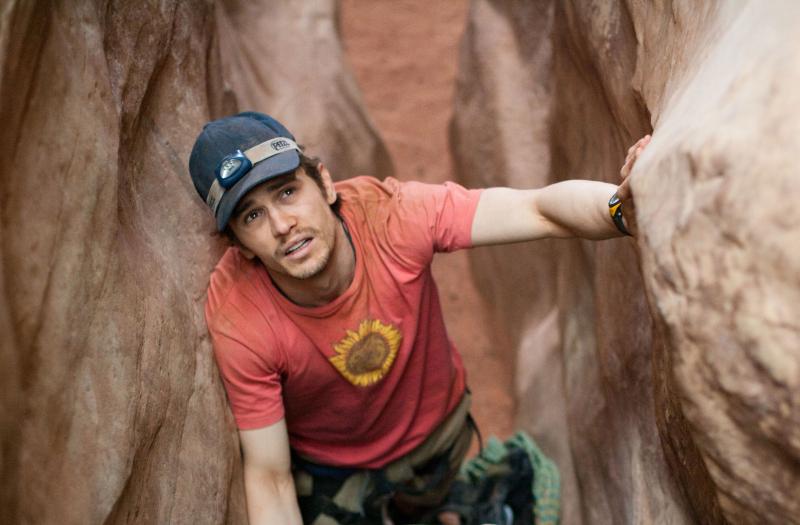 But what I feel is as problematic about the picture is at times it feels like a commercial in terms of style and in product placement for brands like Sony and Gatorade. These moments felt obnoxious and took me out of the film and I feel overall hurt my viewing of it. It would seem forgivable but this occurrence happens time and time again. I’m not sure if Danny Boyle had a deal with these companies but their presence could be felt.

What is truly remarkable about this film is the final third when Ralston eventually cuts his arm off. I would assume that this isn’t a spoiler because it does happen in real life, a best selling book was written about this ordeal and it is teased in the trailer. But for those, spoiler free enthusiast, why are you even reading a review about this movie. Danny Boyle constructs these scene so masterfully that as a member of the audience you feel every bit of visceral agony as displayed on the screen. Even if you avert your eyes from this horrific action, you are still left with the sound design which makes this even more gut wrenching and highly effective. During my screening, someone had to excuse themselves from the screening room never to be seen again (by the audience). 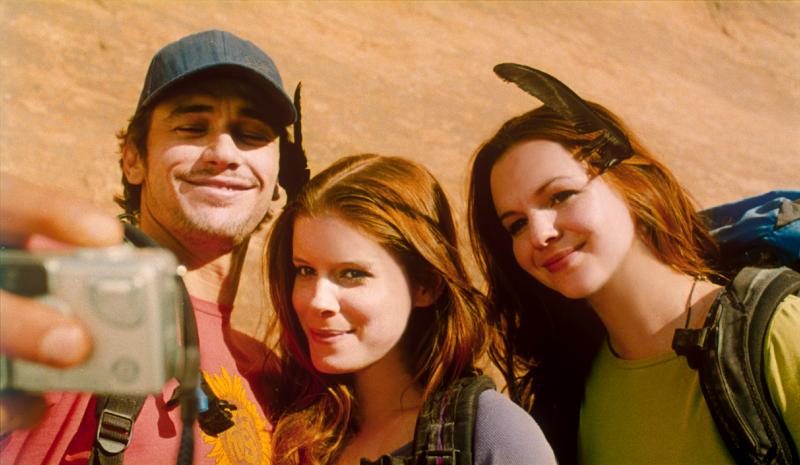 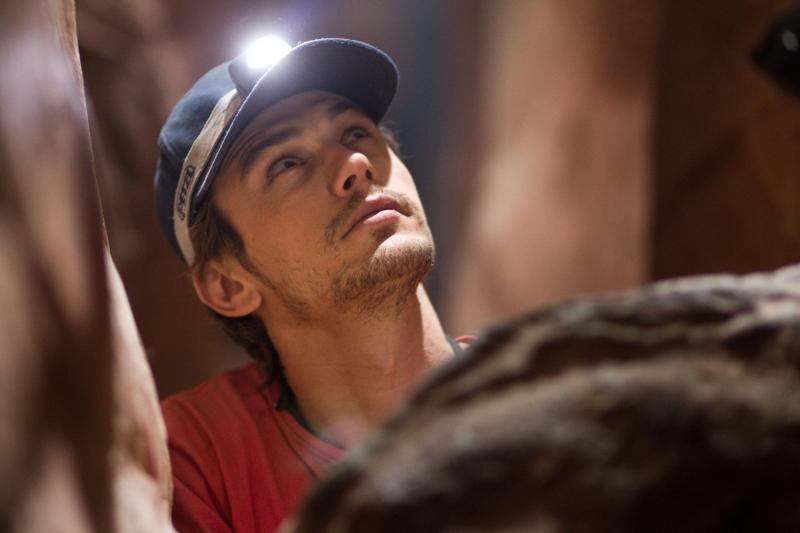 Overall though, this film is classic Danny Boyle. A film full of a hyper reality matched with hyper editing to get you into the proper mindset of its characters. Interesting point-of-view shots of inanimate objects used by human beings and well conceived sequences and characters. The experience alone is worth watching and I would say is more effective than some of the sequences. But what this film says about the human condition is why it’s worth seeing. The desire to live and overcome any obstacle separates us from animals and makes life worth living. This is a thread that runs along Danny Boyle’s films whether it be in Trainspotting, 28 Days Later, Sunshine or Slumdog Millionaire; Boyle’s films seem to have this underlying theme of choosing life everything else. Hell, it’s even a direct line expressed by Mark Renton in Danny Boyle’s 1996 film, Trainspotting.