The 50th animated film from Disney comes with a bit a pedigree and it also has a lot to live up to. First off, 50 is a milestone number and event. Secondly, with the past few releases from the studio, there’s a certain return to form in animation. And lastly, how does it ‘fit in’ with other Disney animated films like Snow White, The Little Mermaid and Beauty and The Beast. Starting in 2008 with Bolt and followed up with last year’s The Princess and The Frog, Disney has shown that they can make quality animated features away from Pixar. In Tangled, Disney goes back to fairy tales in this adaptation of Rapunzel. An really, it feels more like a hearkening back to even the classic tale of Disney’s Beauty and The Beast in tone.

Like most traditional Disney animated features, Tangled starts off with an engaging prologue and uses that prologue to build the world of Rapunzel. The story of a magical sunflower that restores your life force, a grand kingdom with a sullen king and queen and a charming bandit looking for his own fortune, these elements built to entertain an audience of any age. This makes for a strong sense of fairy tale and storytelling.

Rapunzel (Mandy Moore) has magical, glowing hair which she obtained from a special sunflower from a magical drop of a pure sunbeam. Kidnapped as a baby by Mother Gothel (Donna Murphy), Rapunzel is raised to believe she is her mother and is confined to a hidden tower and kept as a secret. Until one day she is visited by a bandit, Flynn Rider (Zachary Levi) looking for refuge from the law. Their reluctant meeting soon turns into eventual love. The story is conventional but how it is told is not. Done with dizzying songs, heroic, swash buckling adventure and a sincerity, moving love story, Tangled is a delight.

Interestingly, Donna Murphy’s Mother Gothel’s performance is simply unforgettable. The most exciting and memorable Disney animated features usually involve horrific and truly evil villains. From the evil queen in Snow White to Scar in the Lion King, Mother Gothel is the most passive aggressive of any Disney villain. She uses psychological devices to keep our protagonist down. Mostly played as an overprotective and smothering figure, it feels more like how a parent would react to their child going away to college. This is a haunting trait and can be shown in the song ‘Mother Knows Best’.

Seemingly though, Tangled is a musical and is best severed as one. The songs are memorable and that of even the best musicals on Broadway. In saying that, I can easily see Disney doing a live action version of Tangled on the stage. If only they can figure out the logistics of Rapunzel’s long, flowing golden hair. With music by Alan Menken (Newsies, Aladdin and Enchanted), the Disney stamp is sealed and ready for enjoyment.

Overall, I thoroughly enjoyed Tangled very much. Once the film started, there was a huge smile on my face that didn’t disappear until the closing credits rolled. An extremely enjoyable film for an audience of all ages. And really, isn’t that what you want out of a Disney animated film. Fun, excitement and a certain sincerity that belongs to the ages. Filled with beautiful moving animation and memorable classic songs and storytelling. 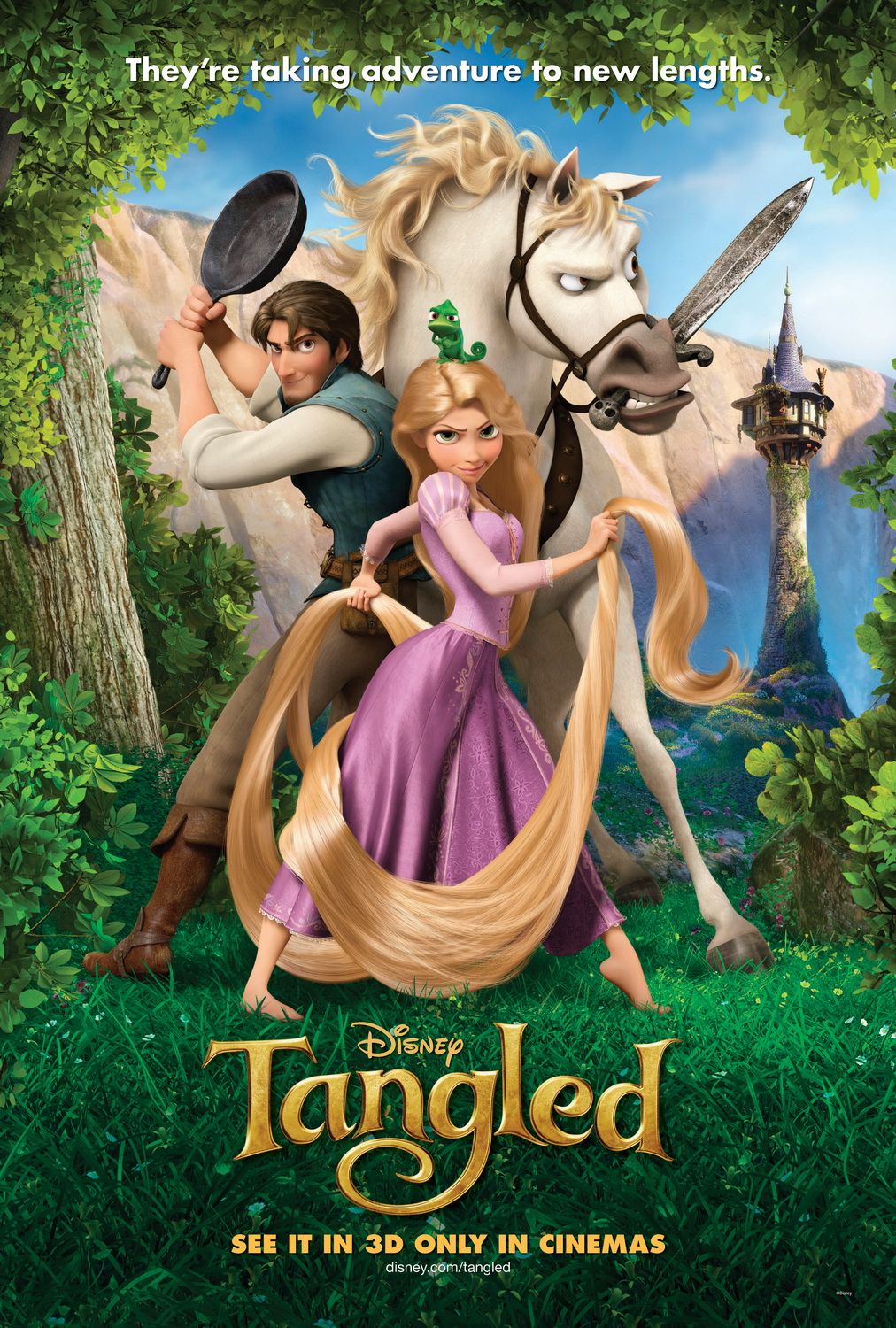