Shortly into Billy Wilder’s Oscar-winning film  The Lost Weekend, we discover the title to be something of a lie. Don Birnam (Ray Milland) could be charitably called a drunk, and even “alcoholic” seems too kind. This is a man whose entire life has been consumed by booze. This is not “the” lost weekend; not at all. This is one of many.

Eureka’s Masters of Cinema is releasing  The Lost Weekend  on Blu-ray alongside Wilder’s  Double Indemnity, made one year earlier, and the films are fitting companions beyond their chronological fraternity. Wilder collaborated with novelist Raymond Chandler, himself a recovering alcoholic, on the film noir. So tumultuous was their working relationship that the stress of working with Wilder is said to have caused Chandler to start drinking again. Wilder, in turn, came across the novel  The Lost Weekend and found in it a familiar character – a writer who can’t stop drinking.

Now, Don Birnam’s case is significantly more severe, and any kinship Wilder found between the two seems to end precisely with their disease* and profession. Chandler had long professional career, and only turned to writing in his forties, in large part because he was ousted from his executive position at the Dabney Oil Syndicate for, among other offenses, his heavy drinking. Don, on the other hand, became a writer in college and, after achieving some early success on campus, turned to drinking because he failed as a writer in the real world. From there, he has largely been financially supported by his brother, Wick (Phillip Terry), unable to hold down any steady employment.

The film’s one significant fault is in this regard. Free from the obligations of work, Don naturally indulges his drinking habit at every opportunity, which not only makes him a weaker character, but weakens the dramatic strength of his addiction. He has nowhere to be and nothing to maintain. It’s far more interesting to see someone manage their addiction within the course of everyday responsibilities than for that to be the sole focus of their existence, which has apparently been the case for Don for over fifteen years. 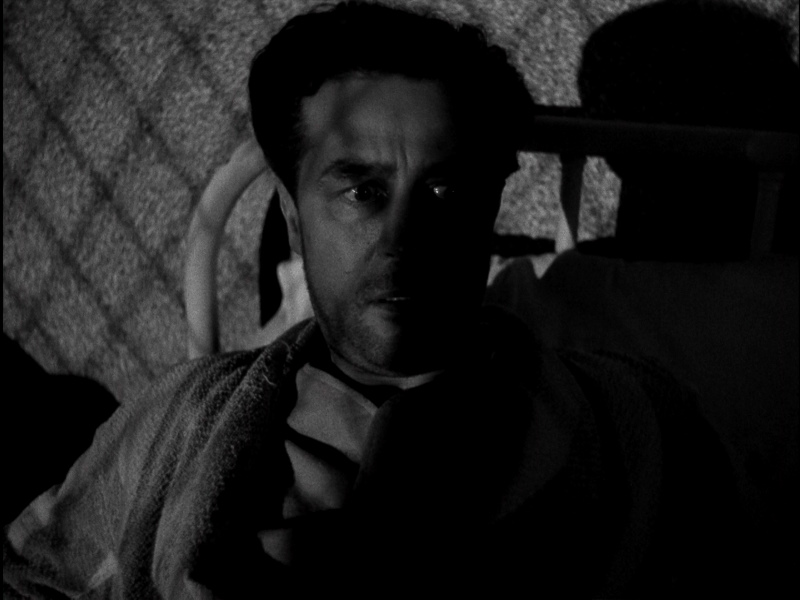 But don’t let that deter you, because this is an exceptional film in every other regard. The late, great Andrew Sarris famously downplayed Billy Wilder’s contributions to cinema, and, though he later retracted his statements,  The Lost Weekend  should have been evidence enough that Wilder deserves to be considered, if not for the pantheon (he wouldn’t make mine), then certainly a tier or two lower. Don’s addiction so thoroughly permeates each frame of this film, from the way everything seems soaked in liquid to the deep shadows (courtesy of cinematographer John Seitz) threatening to consume him at every turn. Aiding and abetting is MiklÃ³s RÃ³zsa’s landmark score, which, along with RÃ³zsa’s score for Hitchcock’s  Spellbound, was among the first uses of the theremin, an instrument that would later be more commonly associated with science fiction after its use in  The Day the Earth Stood Still  and  The Thing From Another World. Here, as in  Spellbound, it keeps things just slightly off-kilter, a sort of swarming hornet’s nest within Don’s mind. The combination of Seitz and Wilder’s visuals with RÃ³zsa’s almost avant-garde score pushes what could have easily been white elephant art into something far more striking and unnerving.

These elements are, naturally, what Masters of Cinema have so lovingly rendered into the Blu-ray realm with their newest (Region-B locked) release. The picture is almost overwhelmingly dark, and while it could have perhaps benefitted from a slightly less severe contrast pattern, it seems fairly true to the materials with which they worked. At any rate, the picture is nice and sharp, with tremendous depth and due reverence to the film’s various optical illusions (the opera scene, in which Don sees nothing but alcohol, is absolutely gorgeous), appropriate grain levels, and a wonderful fluidity one can only get when shooting on film. This, for all intents and purposes, looks like a brilliant print, and that’s about the best praise one can offer. The film is presented in its original full-frame aspect ratio. 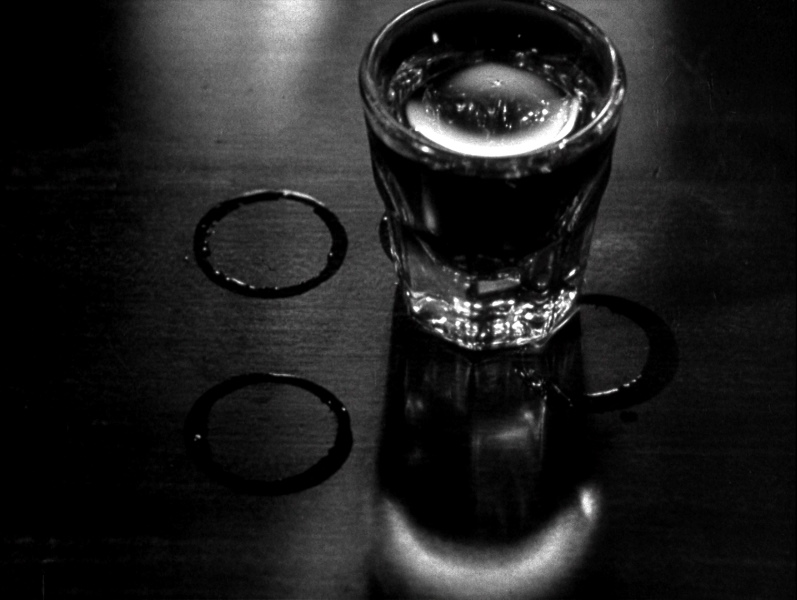 RÃ³zsa’s score provides a stunning dynamic range to the audio track, which is otherwise a suitable representation of the limited means with which sound engineers worked in the studio era. Dialogue is well-rendered, as are incidental noises (the many sounds a bottle can make are a haunting presence), and it’d be damn hard to find fault with what you hear.

On the special features side, we’re treated to an introduction with filmmaker Alex Cox, which, like most special features labeled as introductions, gives away quite a bit of the story, so save that one until you see the picture. But do enjoy it; he provides quite a good reading of the film, focusing on, of all things, Bim, the male nurse who watches over Don during his stay at the hospital.

The big draw is  Billy, How Did You Do It?, a three-hour documentary made for television by Gisela Grischow and Volker SchlÃ¶ndorff, in which the latter sits down with Wilder and goes film-by-film through his entire career. It’s a staggering piece, and a vital record of Wilder as he was. Produced in 1992, it shows how Wilder was still actively working, even if he never ultimately made another film (his last,  Buddy Buddy, was released in 1981). He still showed up to his office in Beverly Hills every day. But it’s almost an important record of the man, who, since his interviewer is also German, speaks his native language and English interchangeably, making for quite an acrobatic routine when for whoever did the subtitles, but it’s surprisingly easy to follow. Really, it’s almost worth the price of the disc alone. 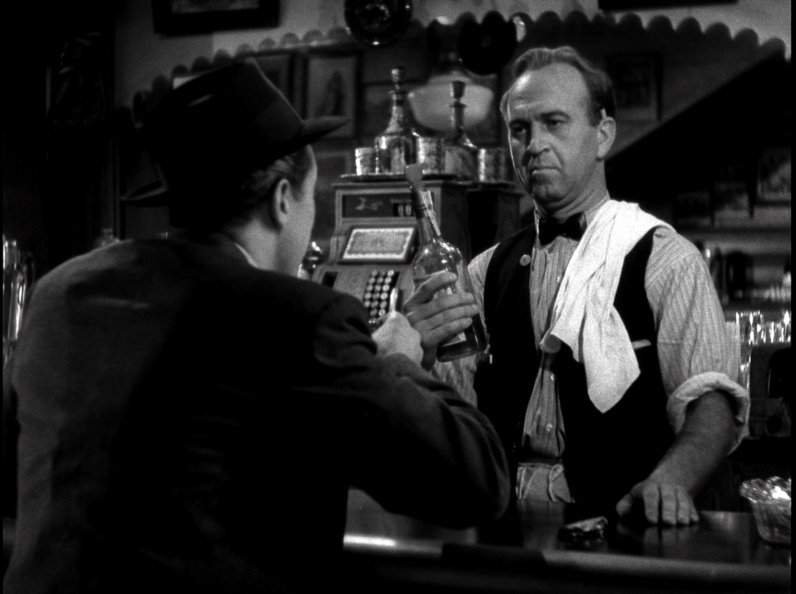 Lastly, there’s a radio adaptation of the film, which focuses much of the story around Don’s time in the bar, giving an easy avenue for exposition; all the writer had to do was have the barkeep ask questions. Ray Milland, Jane Wyman (who plays Don’s girlfriend), and Frank Faylen (who plays Bim) all reprise their roles, Milland faring especially well on radio.

And of course there’s MoC’s characteristically thorough booklet, featuring a new essay by critic and filmmaker David Cairns, a vintage public service ad from Seagram’s about the film and the larger issue of alcoholism (the booze industry offered Paramount big money to not release the film), and an interesting-looking bit comparing the hallucination sequence across three forms – the original novel, the screenplay, and stills from the film. Should be good.

The Lost Weekend  is that rare best picture winner that holds up as a gripping piece of cinema, and Eureka’s Masters of Cinema have done a wonderful job rendering the film in high-definition. Though not as revelatory as their  Double Indemnity disc, this is an easy one to recommend for anyone with capabilities to play Region B – great, beautiful drama it is.

*Though it was not formally recognized as such in the 1940s, alcoholism has been socially considered a sort of disease – typically acknowledged as an addiction – for hundreds of years. Within the film, Helen, Don’s long-suffering girlfriend, refers to Don’s drinking specifically as such when Wick threatens to cut off all support, noting that he wouldn’t be so harsh if Don had a heart or lung condition. Furthermore, Don’s night in the alcoholic ward at the hospital illustrates that drinking has a far greater hold on some people than merely making for a good time.

Order The Lost Weekend from Amazon.co.uk