Given Pier Paolo Pasolini’s proclivities towards sex, violence, politics, and spirituality, it comes as little surprise that he would, at some point, attempt to tackle the Oedipus myth. I’m going to assume we’re all somewhat familiar with the outlines of the story and dive right into spoilers, as the story is essentially the same in Pasolini’s film as the legend tells us, with some important changes to the character of Oedipus. Rather than make any decisions logically and intelligently, this Oedipus (Franco Citti, perhaps most widely known as one of Michael bodyguards in the Sicilian sequence of  The Godfather) is a raging animal. In the original myth, when Oedipus unknowingly confronts his birth father on the road, their battle stems from an argument over who had the right to travel onward first. In this version, Oedipus simply hurls a rock at one of the guards, instigating a really wild brawl.

This speaks to a larger attempt to remove the intellectual overtones of the Oedipus myth, which has long been best associated with the complex Sigmund Freud associated with it. The problem, of course, is that in the myth, Oedipus didn’t consciously kill his father nor fall in love with his mother, and in fact the realization of this causes no small amount of horror within him. While Oedipus was traditionally an intellectual character (here he bludgeons the Sphinx, rather than answer a riddle), the intellectual angle that was later ascribed was never truly part of the original myth. By stripping Oedipus down to almost an animal, Pasolini gets at the simple urges that drove much of his actions and emotions. 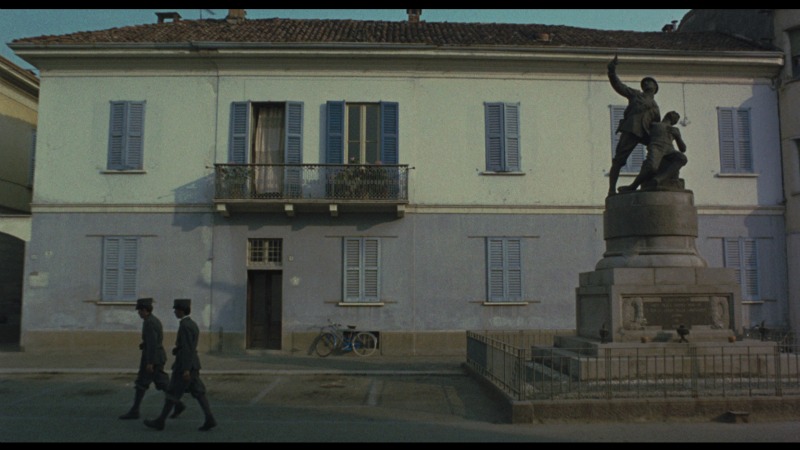 It should also be mentioned that the film is simply gorgeously rendered. Pasolini felt that the prologue to the film, which is completely free from dialogue (indeed, much of the film plays out without words, even utilizing intertitles to show thoughts rather than have characters express them), was the best work he’d ever done up to that point. Given my rather limited exposure with the filmmaker, I’m in little position to corroborate that statement, but given that it’s one of the most lyrical and moving passages I’ve ever seen in  anyone’s film, I’d be shocked if he wasn’t right. The rest of the film plays along similar lines, keeping things as spare as possible, letting the characters’ actions speak for them. This not only makes for terribly compelling cinema, but it becomes important later when their words so often contradict what they do. Since we’ve come to know these people through their behavior, we instantly see right through their words.

And no better place to see these events play out than on Masters of Cinema’s new Blu-ray edition. This is an absolutely stunning transfer, doing justice to the color film stock from an era that did not produce the finest stock. MoC really captures the earthy quality of it without making it look like it’d just been dragged along a dirt road to reach the theater, but retaining a strong film-like appearance. Films of this era started to take on color as a default, but MoC really brings out the  choice  Pasolini must have made in utilizing it. It automatically feels sinful. Presented in its original aspect ratio, 1.85:1, it’s absolutely gorgeous, showing wonderful depth and grain and strong colors and everything else you could want from it. These screencaps have been resized and slightly compressed, but still provide a good idea of what the disc looks like. 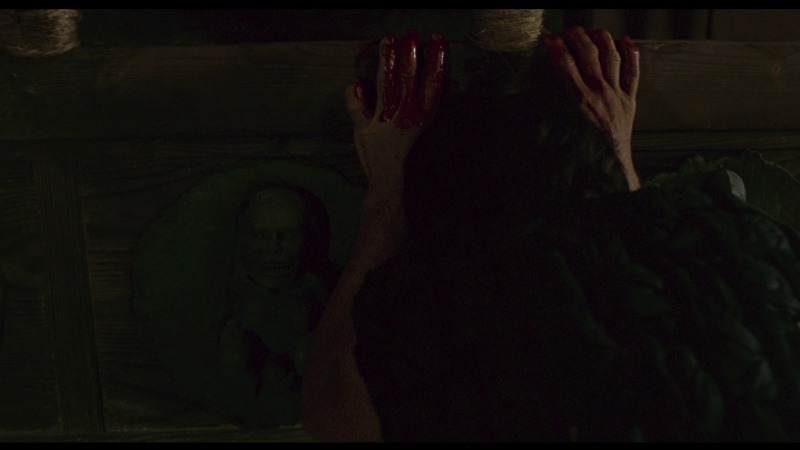 Like the Pasolini DVDs from earlier this year,  Oedipus Rex  has no video special features, but the accompanying booklet, which features an interview with Pasolini, an essay the filmmaker wrote during production, and a poem he wrote to his mother (with an English translation). We come to learn that Pasolini brought a lot of himself to this film, as his undying love for his mother was matched only by his hatred to his father, and these supplements really bring that out. I know it’s tempting to look simply at video special features and conclude that a disc has little to offer besides a great film (and this most certainly is that), but this booklet is better than so many discs I come across.

With  Oedipus Rex, Pasolini has taken a familiar legend and injected this weird, unpredictable edge, keeping the viewer constantly anxious even while the familiar story plays out. This, in turn, brings out the themes that lay at the heart of the myth’s psychological overtones – are we truly fated to certain destinies, or does the knowledge of these fates cause us to act on them? It’s a spellbinding film from these themes all the way through the performances and throughout the camerawork, one of the most perfectly-expressed (and yet necessarily ambiguous) explorations of a classic tale put to film. Masters of Cinema’s new Blu-ray edition provides a tremendous presentation, in both the quality of the film itself and the supplemental material. I definitely recommend it.

Buy the Blu-ray on Amazon UK