Whether you know his story or not, you know the face. Whether on a t-shirt, dorm room poster, coffee mug, or button, Ernesto “Che” Guevara has become an inter-generational pop symbol for rebellion, to the dismay of true revolutionaries around the world. While there have been films, both documentaries and dramatizations, and books written about Guevara, Steven Soderbergh has finally presented the world with a heart breakingly honest portrayal of the man behind the icon. This film does not “cuddle up” to you, it presents Guevara and the surrounding events often at a distance.

I am no historian, but after watching both parts of the film, along with the commentaries and documentaries included in the Criterion Collection release, I feel like I just took an entire semester’s worth of information and crammed it into two Blu-ray discs. While there are no commentary tracks by Soderbergh, we do hear from Jon Lee Anderson, author of Che Guevara: A Revolutionary Life. Anderson has spent years traveling around the world studying Guevara, speaking to those who knew him, who fought alongside him. What I found especially compelling about the commentary, was Anderson’s contextualization of Che, in today’s world. Anderson has also traveled through Iraq and Afganistan, and makes subtle comparisons to Osama Bin Laden, in how both figures are viewed, by the international population.

This film does not glorify Guevara, or the violence he inflicted. It does not show him as an unstoppable force, as he is often brought to his knees by his asthma. The film does not demonize Guevara either. It shows him at both his most sympathetic, and his most repulsive. We see the poet, the physician, the warrior, ultimately showing the “ultimate hipster of the hippie age.”

What I love about the home entertainment format, be it DVD or Blu-ray are the bonus features. That is initially what drew me into buying DVDs, eventually falling into the gravitational orbit of Criterion. Since beginning my collection, I have found that not all DVDs, or Blu-rays for that matter, are treated equally in the eyes of their parents. Even Criterion has managed to put out a few bare bones releases, keeping in mind that while you may not be getting much in the way of bonus materials, you are getting a gorgeous transfer of the film to keep you entertained each time you load the disc. This release stands up against the greatest of releases put out by the Collection, be it the 3 Disc Brazil Box set, or the recent 3 Disc Remastered Edition of Seven Samurai.

I almost enjoyed the bonus materials more than the films themselves. While the films themselves are absolutely gorgeous to watch, I often enjoy the process of filmmaking more than the resulting work. On the first disc of the Blu-ray set, we are presented with “Making ‘Che,’ a new documentary featuring Soderbergh, producer Laura Bickford, actor-producer Benicio del Toro, and writers Peter Buchman and Ben van der Veen” which is a real joy. If you love already Soderbergh’s filmmaking ethics, you will fall in love all over again. A simple choice, the fact that Guevara would never speak english, so to have a film in english would be completely dishonest to everyone involved, shows a work ethic that most directors simply cannot afford in today’s film economy. That decision would ultimately aid in the film’s financial failure (not even making $2million worldwide). It is amazing to think that this film would probably not have been able to raise enough funds had it been organized this year, instead of roughly two years ago. Soderbergh has not forgotten his indie roots, and it shows in how he uses the latest in technology, the RED Camera, to produce the highest quality image for the cheapest price. On the second disc of the Blu-ray we are treated to a short piece specifically on the camera used in the filming of Che. This small piece of filmmaking technology is quickly changing the landscape of smaller budget filmmaking. It is no longer necessary to invest hundreds of thousands of dollars in Panavision Cameras, in filmstock, in the crew required to maintain suck equipment, when everything can be purchased for under $50,000, and stored in a backpack. While revolutionary, the camera is not without its faults. Being the very first camera produced for use in the field, the unit suffers from overheating, sand making its way into the sensor area, and other hardships. Something that I love about Soderbergh, is his ability to move past any problems he is faced with, with little complaints. It is something I try to bring to all of my own projects, to not see these problems as roadblocks, but simply detours, taking us to new and exciting territories.

I whole-heartedly endorse this release. While I did not have a chance to review the DVD release, the Blu-ray was incredible. Even having watched both films, along with the commentary, I feel like I’m still not clear on the story told to me. I want to go back and re-watch these films on a regular basis. This release is something I will return to those nights when I’m feeling culturally starved, in need of real filmmaking, by an artist I respect on multiple levels. There is a point in one of the documentaries, where Soderbergh talks of how disposable films are today, and how he wanted to create something that will last. He absolutely has created something that will last.

One last note, that I couldn’t quite figure out where to place in the review: During the RED Camera documentary, we are treated to illustrations by Jason Polan, the artist Criterion occasionally uses for their online artwork. My favorite moment was when he illustrated 237 Flash Cards on the screen, to show how many were purchased to have on hand at any one time during the shoot.

You can hear me gush all over this release on our latest episode of CriterionCast, Episode 21, in which we also discuss Haxan.

If you want to read some more thoughts I had on the cover art design, check out this post. While I feel like the final, orange cover is a bit cheap, a little unrefined, it does not take away from the quality of material contained within the discs. It should be noted that each disc of the Blu-ray release is housed within their own jewel cases, each with a different image of Guevara, at this point not available for viewing on Criterion’s page. 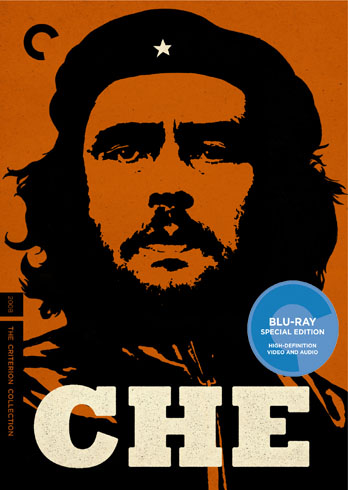 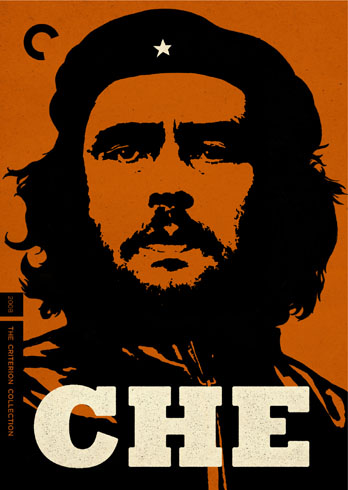