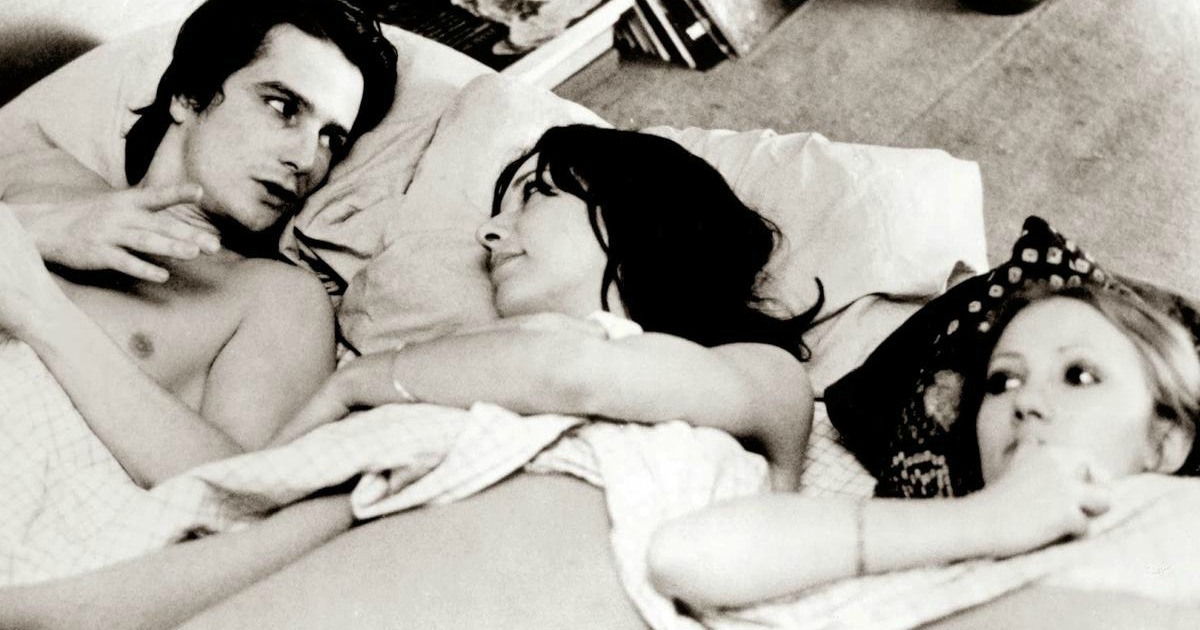 It’s hard to argue with the programming behind the newest art house theater making cinephiles across the country wish they lived in New York City. Opening earlier this month in the Big Apple, The Metrograph has instantly become one of the new hotspots in NYC, with everything ranging from a film like Carol being presented in gorgeous 35mm to a new, week-long run of legendary cult classic from unsung director Stephanie Rothman, The Student Nurses. However, it’s their first major retrospective that has film nerds buzzing.

Marking the first career-spanning retrospective for the director in over a decade, The Metrograph is launching, this week, a lengthy dive into the career of filmmaker Jean Eustache. Much of French cinema history revolves around the New Wave filmmakers ranging from Jean-Luc Godard to Agnes Varda, but with names like Chantal Akerman and Philippe Garrel marking the heights of the filmmakers just a generation removed, contemporaries like Eustache have become beloved in studied French cinema circles, but hard to come across for mass audiences.

Eustache’s films are decidedly different than not only the New Wave directors he was directly following, but those of directors he would see of his own generation. A construction worker-turned-filmmaker, Eustache became best known for films that took the political and philosophical revolutions that were happening in the world around him, and ultimately craft shockingly humane portraits of human issues of his time. 14 films adorn this retrospective, with the opening film being not only the highlight of the series, but one of the great unsung masterpieces of French cinema.

Entitled The Mother and the Whore, this 210 minute long masterpiece will be screening in breathtaking 35mm, and while the run time may seem daunting, it’s one of the greatest films many people have yet to see. Starring Jean-Pierre Lead, the picture follows Alexandre, a hopeless romantic unable to choose between the girlfriend with whom he is shacking up, or a beautiful, yet troubled, woman played by the awe-inspiring Francoise Lebrun. The black and white photography here is lush, with the real highlight being a haunting musical number of sorts that takes place near the middle of the picture. A perfect distillation of what makes this picture so powerful, this sequence is shot in long takes, is filled with quiet moments of real humanity, that ultimately speaks to deeper truths than the phony, faux-philosophical musings that make up much of the picture. It’s this blending of dry humor and tactile humanity that makes this film a profound piece of work. A meditation on the malaise felt in early ‘70s France, this is a film driven by three superb performances, and is arguably the defining achievement for star Jean-Pierre Leaud, who is not only the real icon of this era of French cinema, but delivers a performance that in many ways defines the aimless angst of his generation. Oh, and the final act features one of the most powerful and distinctly moving monologues in all of cinema. It’s simply one of the greatest films not only of the 1970s, but of the whole of cinema.

Leaud is a face we see numerous times throughout this retrospective, including in two screenings of one of the most important films in Eustache’s career, Jean-Luc Godard’s Masculin feminin. One of Godard’s most underrated works, Masculin is itself a delightful piece of pop art, but also saw Godard offer Eustache unused film stock from his shoot, which he would use to make one of the shorts playing this retrospective, Santa Claus Has Blue Eyes. Leaud would star in this film as well, and along with Bad Company, these would mark Eustache’s first forays into film. Santa Claus is ostensibly a prequel of sorts to The Mother and the Whore, finding Leaud in the role of a vagabond, trying to not only seduce local beauties but to find some place to stay for the oncoming winter. A beautifully composed, 47 minute long distillation of themes that Eustache would come back to later on in his career, this is one of the most briskly paced pictures playing this series, and is arguably its greatest discovery, as it is an important codex of sorts for those trying to familiarize themselves with Eustache’s work.

He’d only go on to make two feature films, The Mother and the Whore and its follow up, My Little Loves. Another hefty run time is included here, with the film clocking in at 123 minutes, but it’s a far different, more personal piece of work. Ostensibly a meditation on his own growing up in the South of France, My Little Loves is a lush picture, with photography from Nestor Almendros that would be unlike anything Eustache would produce in his career. As a director, Eustache is at the top of his game with this film, making a feature that is at once deeply moving and clearly an auteurist piece of personal storytelling, and also an entertaining deconstruction of one boy’s sexual awakening. While his first feature’s run time may leave many scared to embark on its three hour-plus journey into a singular love triangle, his follow-up is a perfect launching point for those new to Eustache’s lyrical filmmaking. While the sequences here aren’t as darkly comic, there is a true lived in humanity to this picture that even its predecessor doesn’t quite hit.

As one of French cinema’s greatest, yet most underrated, filmmakers, this is one retrospective that can’t be missed, and one that will hopefully spawn home video releases of these films coming in the near future.

For a full lineup and showtimes, head over to The Metrograph.