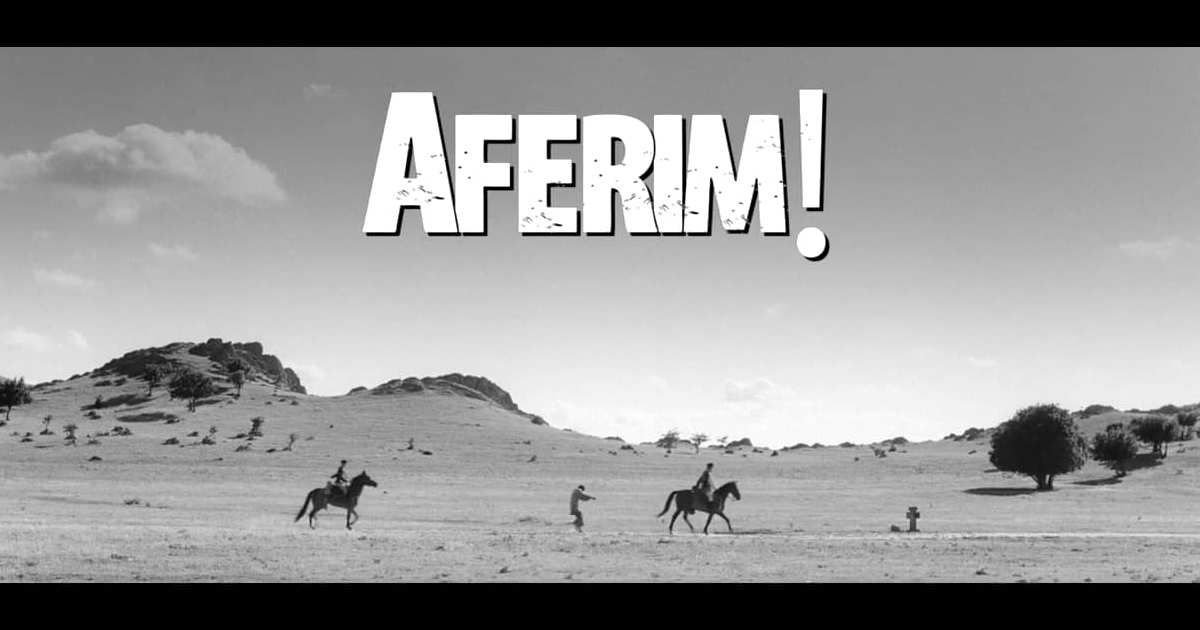 If you were to read a plot synopsis and watch Aferim! with the volume turned off, you could feasibly mistake it for a classic, black-and-white western. However, instead of John Ford or Monument Valley, this unique Romanian New Wave picture is directed by Radu Jude and set amongst the Carpathian Mountains in Wallachia. The western aesthetic is accomplished with several long shots of the protagonist father and son as they undergo their journey. We hear the dialogue that develops the characters and progresses the plot, but often our eyes are transfixed by the glorious vistas.

An elder constable goes from town to town, village to village, hunting for an escaped, alleged criminal. Meanwhile he is mentoring his son, who he hopes will follow his footsteps, become a constable, and eventually progress further than his father. If all goes to plan and his son follows the elder’s advice, then “by 30 you’ll be a colonel.” The plot structure of this film would not seem unfamiliar to a fan of John Ford or Anthony Mann films.

Despite the resemblance to a western and a road movie, this is a definitively Romanian New Wave film. Unlike some of the more celebrated films from the movement that are rooted in modern realism, Aferim! uses genre and history to establish the same themes as many films that came before it (Jude was an Assistant Director on one of the most famous, The Death of Mr. Lazarescu). Class and wealth are major themes, as is hypocrisy, racism, and generally disgusting behavior by all, including the protagonists.

The enemies in the old westerns were Indians, but in this piece, the enemies depend on who is talking. The father debases most people he encounters, rich or poor. He claims, “the poor prays more than the rich because he has more time,” yet he criticizes virtually every poor person he encounters, calling them lazy crows. He hates the gypsies. A priest that they encounter hates the Jews and tells fabricated stories about them. For example, he says that Jews are not human and they drink the blood of Christian children. Cruelty comes from virtually everyone’s lips. Even the clergy is not off limits, as the father says they come from the devil. Vile hatred is the vernacular of the time.

It is difficult to look at historical feelings and beliefs, regardless whether they are accurate, and not judge them based on the morals of the present. Society had its dark moments, and much of what Jude is portraying is a from a historical reality. However, he is using it to inform the present, and how there is inequality between the wealthy and poor, between majority and minority, and that people suffer as a result of such injustice. There is a moral compass to be found within the son, who is tempted by the bigotry and nastiness, yet is forward thinking and seems to see things with a clearer lens. As a result, Aferim! is a powerful indictment of both the present and past, and it is a must-watch for any fan of Romanian cinema.