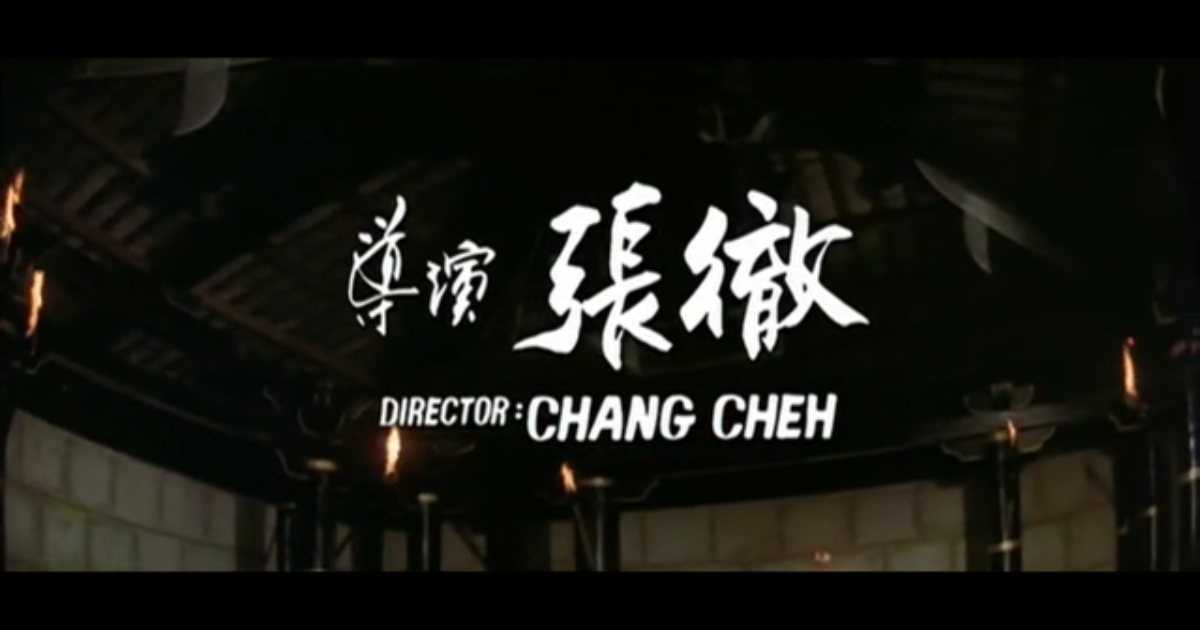 It’s a holiday weekend, so one may not expect to see much on the film-going schedule outside of your run of the mill studio blockbuster. Disney’s Solo: A Star Wars Story is there if you’re just dying to get out of the heat this Memorial Day weekend, yet, if you live in New York City and/or have a chance to hit the city’s Quad Cinema from May 23rd to May 29th, there’s an even more enticing, and no less action packed, way to spend these next few summer days.

The Quad Cinema is currently hosting a retrospective of the work of iconic martial arts director Chang Cheh, which will conclude on May 29th. Co-presented by the New York Asian Film Festival and with seven of their 14 films showing on 35mm thanks to prints from the American Genre Film Archive, the series spans the entirety of the director’s decades-long career, highlighting his influential work as both a pioneer of the martial arts and wuxia genres of film making, as well as a broader influence on names like John Woo and Quentin Tarantino.

One of the real highlights of the series is a mid-career work, the 1974 film Heroes Two. Starring Alexander Fu Sheng and Chen Kuan Tai, the film tells the story of two men as they attempt to break free from the constraints of an evil warlord. While the premise is deceptively simple, this is a genuinely rich piece of work. A thrilling look at oppression and revolution, Heroes Two is a cartoonishly violent experiment, whose final act is as opulent and expressionistic as it is genuinely thrilling. The performances are uniformly good as is the action choreography, but what makes Heroes Two so remarkable is its verisimilitude. While the sets are designed within an inch of their lives, there is a thrilling lived in quality to this film that doesn’t seem to be seen in many of Cheh’s more well known works.

One of those works that seems to come from a universe completely outside the one we all live in is Five Deadly Venoms. Opening on a lengthy look into the five titular warriors, and more specifically their animal-inspired fighting styles, everything from the sets to the costumes feel ripped not so much out of history but out of some comic book-inspired version of it. Typical of this type of picture, Deadly Venoms is a thrillingly otherworldly film starring the legendary troupe of Shaw Brothers actors known as The Venom Mob as a group of assassins on the hunt for a former leader’s lost treasure. The Centipede, Snake, Scorpion, Lizard and Toad are nameless and faceless martial arts masters, and it is Yang Tieh’s task in finding them and either dispatching them or tasking them with helping find their former leaders fortune. It too is a relatively simple narrative, this time steeped heavily on an assumed mythology that makes this film feel like a far cry from the almost neo-realist Heroes Two. The action is gloriously choreographed, with every punch and kick meaning as much as the next, and Cheh’s direction allows each one to be seen crystal clear, with equally clear geography as well.

The most widely known film, at least in circles traveled by yours truly, is the brilliant One-Armed Swordsman. One of the most beloved Chinese films ever made, this 1967 masterpiece sparked an entirely new era of wuxia filmmaking, focusing on dark lead characters and never shying away from the horrific violence that would result from their brutal fighting styles. After a fight sees him lose his right arm, Fang Kang falls into the arms of Xiao Man, a peasant girl who helps nurses him back to health. Himself a man of a poor background only supported by a man indebted to his servant father after he spares his own life to save him, Kang survives, and after being given a martial arts leaflet by Xiao Man, masters a special one-armed style and aims to help those in his life. Yet another epic from Cheh, the film would itself spawn an entire series of films, all of varying degrees of quality. However, the beginning chapter in this tale is one of Cheh’s greatest works, a violent and thrilling look into one man’s journey for discovery and vengeance. It’s also a tale of love and romance, a film that sees one man pulled towards both the idyllic life in the arms of a woman who loves him and also the world of violence that he’s become a master of, the same world his father toiled in. It’s a moving, epic narrative that is driven by a shockingly good lead performance and a director at the very height of his powers.

For a full lineup of films showing during this series and for tickets, head over to The Quad Cinema.