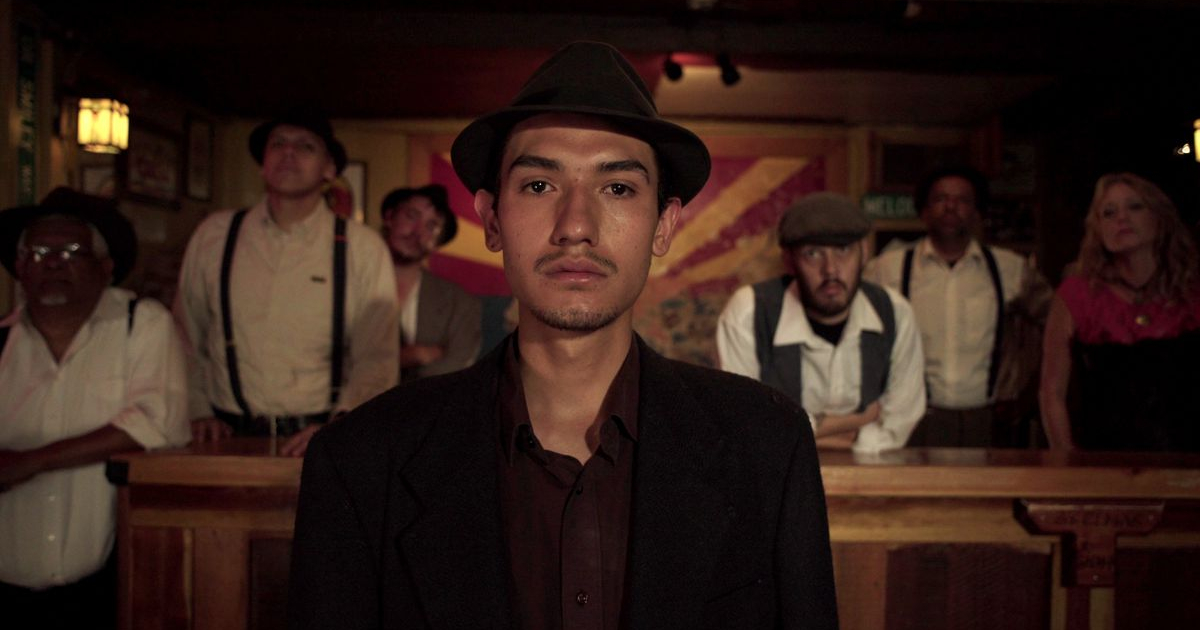 2018 is a weird moment in the broad history of non-fiction storytelling. When everyone and their mother is listening to true crime podcasts before going to bed, catching the latest road trip documentary on insert television network or finding their new favorite niche issue documentary film, non-fiction storytelling has become not only ever present but also in many ways formless. One can find their Slow Burn podcast as easily as they can their Thumbs Up! television series or seemingly multiple documentary films hitting their local theaters each week.

So in 2018, what makes for a rewarding viewing experience? One’s screen time has millions of possible outlets, so what makes a piece of non-fiction art worth focusing on or giving over a specific amount of time to? Is it a captivating narrative? Is it formal experimentation?

Three documentaries challenge this very question this week, as while the fall festival season may be getting into full swing, the focus in theaters outside the worlds of Toronto, Venice and the ilk have shifted into highlighting smaller fare.

First, there’s the Netflix offering, as they have made their name in nabbing up and releasing every small budget documentary and issue picture, throwing it on their service for fear someone else may do the same thing. The big Netflix documentary of this weekend is City Of Joy, a beautiful if rudimentarily told story, focusing on three unlikely teammates attempting to bring about change in war-torn Eastern Congo. Over the film’s roughly 80-minute runtime, City Of Joy introduces viewers to Dr. Denis Mukwege, Eve Ensler (playwright best known for The Vagina Monologues) and human rights activist Christine Schuler Deschryver as they form the titular City of Joy, a safe haven built to protect those Congolese women who have been victims of sexual assault. Despite running for a much too tight 80 minutes, the film is a profoundly moving look into the power of the human spirit and what a group of people can do when their focus is centered and pointed. It’s also a timely look at the female experience, a film about women finding the strength to use their voice against the forces that seem to exist solely to tear them down.

What it also is is a very simple piece of craftsmanship. Directed by Madeline Gavin, the film isn’t so much unstylish as it’s simply flat, relying much too heavily on talking head interviews and plain title cards. There are a few brief glimpses of an artistic hand, particularly during one sudden shift in tone near the film’s very conclusion, a tonal shift that is accompanied by shots of a dirt-covered road turning pedestrians into shadowy nightmare figures, but outside of these far too rare bursts of energy the film is more or less a straightforward issue documentary. Thankfully that’s more or less saved by the fact that the issue at the center of the film is one of great import culturally and sociologically, and the attempt to connect women from across the globe through a shared experience is as admirable and respectable a conceit as they come.

Slightly changing the conversation, Kusama: Infinity hits theaters in New York and LA on September 7, and is somewhat more amorphous, if much less compellingly done. Directed by Heather Lenz, Infinity is an attempt to tell the story of Yayoi Kusama, arguably the world’s most popular female artist, best known for the Infinity Mirror Rooms that have become a global sensation. Infinity is much less focused on the typical talking head interviews, instead seeing Lenz mix some audio materials with a treasure trove of archival footage, all hoping to not just bring to life the experience Kusama had as a person growing up in the world she did, but also weave together a story about a young artist nearly undone by racism and discrimination in a world that’s supposed to be the safe haven of the downtrodden.

However, where this film falters and a film like the upcoming Garry Winogrand: All Things Are Photographable succeeds is not only in its lack of actual depth in the discussion of the artist and their work but one that breathes life into it in either personal or critical lens. Photographable is a new documentary about the legendary photography Garry Winogrand, and that film’s greatest attribute (of which I will talk about to greater detail at a later date) is its ability to not only critically discuss the artist’s work (both highs and lows) but also spin its biographical detail in a way that feels natural and intellectually quite thrilling. Instead here in Infinity we get a film that’s quite expertly made and edited, but one that lacks any real heart or emotional resonance, playing as hagiography instead of insightful scholarship.

A film that’s unclassifiable, however, is the real highlight of this documentary-heavy weekend, Bisbee ‘17. From one of the very best documentarians of their generation, Bisbee ‘17 sees director Robert Greene jump from the world of disaffected news broadcasters to early 1900’s mining towns, specifically Bisbee, Arizona. Caught in the shadow of both Tombstone and the Mexican border, Bisbee was once one of this nation’s wealthiest towns, with mining towns turning the rough Arizona landscape into their own playground. Jump a hundred years later and Bisbee is a ghost town with its citizens still reeling from the horror known as The Bisbee Deportation. The film draws its title from the year 1917, where nearly two-thousand immigrant miners were rounded up after going on strike for better wages and working conditions, only to be “deported” to the New Mexican desert and left to die. On its 100th anniversary, the locals of the town are planning to finally reckon with those demons, through a reenactment of the atrocity that culminates in a scene that feels both of the period and disgustingly relevant today.

Greene is not just a great documentarian, but he’s also one seemingly hell-bent on changing the very form. Shot in soul-shattering widescreen and with stunning photography from Jarred Alterman (who with the Ross Brothers shot the impeccably made Contemporary Color), not to mention a superb score by Keegan DeWitt, Bisbee ‘17 is simply, aesthetically, a marvel. Owing more than a debt to the recent works of filmmakers like Errol Morris, there’s a cloud of impending dread hanging over each and every frame of this film, a film that’s both haunted by ghosts of atrocities past and uneasy about just how little has changed, in the abstract, in the hundred years since. Then there’s Greene’s direction and overall conceit, something that turns this film into something of a marvel. Attempting to document both the story of this event and also the city’s attempt to stage a recreation, the film looks squarely at the fictionalization of historical events, giving the viewers multiple viewpoints of the same event, particularly in scenes of actors and actresses attempting to “get into character” only to try and justify that very character’s actions. It’s a profoundly unsettling film, a film as interested in this specific confrontation of a town and its history as it is between that history and America’s present. Film as cultural archeology is Greene’s abstract idea, and while your mileage may vary with a film a formally inventive as this, if you give yourself over to it, there may be very few rides quite as thought-provoking as this.

So what makes a transcendent documentary in 2018? Should a captivating story be the most important aspect, or should one value the form in which that story is told? In a world of democratized entertainment, does it really matter? It’s the less interesting option, but there’s truly something for everyone. We live in a world of 5+ hour documentaries about Garry Shandling, experimental documentaries like this year’s best non-fiction film Did You Wonder Who Fired The Gun and we’re even hotly anticipating a new film from Michael Moore in just a few weeks. This is a question that doesn’t seem like the answer will be getting any clearer, any time soon.