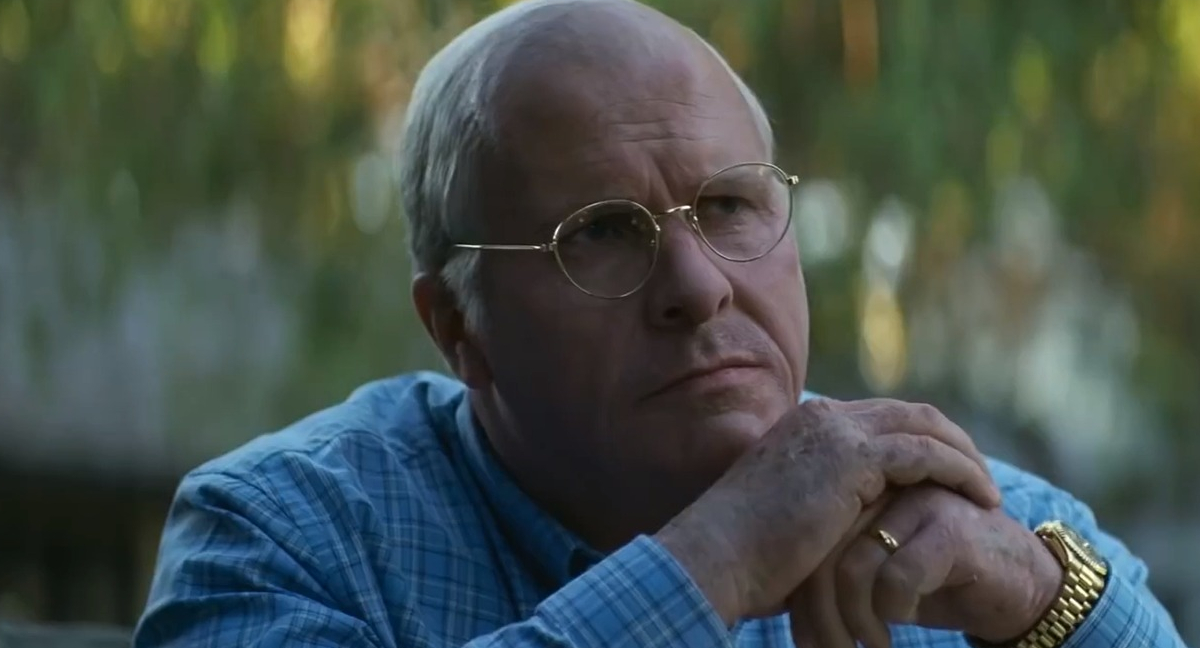 We’re nearly two decades out from the beginning of the George W. Bush administration, and while some critics have become forgiving of his tenure as President given the new context of 2016-2018 politics, others have only become more (and rightly so) furious given its 8-year-long perversion of political power.

Subject of numerous films both fiction and non-fiction, the second Bush administration has seen themselves subjects of a nuanced portrait of a problem child given the keys to the kingdom (Oliver Stone’s W.) and countless documentaries diving deep into the atrocities they committed and policies they put into place. However, they’ve never really been skewered from the vantage point seen in Adam McKay’s latest satire, Vice.

Vice shines a light on the life of and political destruction caused by one Dick Cheney, a masterfully crafty and experienced politician turned second in command in the Bush administration, where he stood as Vice President and has since been discussed as the President’s real driving force (hence the film’s former title of Back Seat). Narrated by someone who viewers will discover has a very specific view of this man (the identity isn’t a massive spoiler, but a spoiler’s a spoiler), the film’s tone is one of acidic satire, drawing closer to McKay’s previous film The Big Short, but taking the experimentation of that film and only expanding upon it. The film is a mishmash of tones, moods and film genres, leaping itself from documentary footage of animals hunting to a jarring riff on Shakespeare that itself may be the film’s most poignant moment.

Starring Christian Bale, Vice is at best an actor’s showpiece, with both Bale and co-star Amy Adams (as Lynne Cheney) turning in top-tier performances. Bale is at his freest here, seemingly losing himself in this character, down to the way Cheney spoke with such vitriol despite doing so out of the side of his mouth. Adams is show-stealing here, fueling Bale’s Dick (*cough*) forward with her own passion and unwavering belief in this specific and destructive worldview. The film, much like The Big Short, is chock a block with great supporting turns as well, including Steve Carrell as Donald Rumsfeld, Sam Rockwell as the af0rementioned George W. Bush and even a small role for the always stellar Bill Camp as Gerald Ford. Every scene change seems to bring with it a new “that guy” that brings new life to the film, which again, is at its very best when it allows these actors to breathe within a scene.

That, however, doesn’t come that often. Vice is Adam McKay at is most lively, mixing the type of experimentation in exposition that was seen throughout the Big Short, this time expanding upon it and going as far as to structure entire set pieces around different genres or different types of storytelling. And frankly, not much is added to the overall conversation regarding this administration through this formal toying. What the film, more or less, boils down to is the widely discussed idea that Cheney’s intent on perverting the normal political order of things by taking more power into his own hands (even down to where his office was located) mixed with Bush’s own apathy towards the position of President is what turned that administration toxic, and no riff on King Lear can add much new to that conversation. It’s not that the film is “dumb,” but it simply plays like a relic that’s maybe a decade old. There is some loose connective tissue discussed pertaining to today’s Trumpian political dialogue (seeing Reagan say “Make America Great Again” is certainly a sight), but if it weren’t for the sporadic break from the film’s narrative structure, it would play like a cinematic shoulder shrug, even more so when one realizes McKay already took this type of political climate to task in his masterful Talledega Nights: The Ballad of Ricky Bobby.