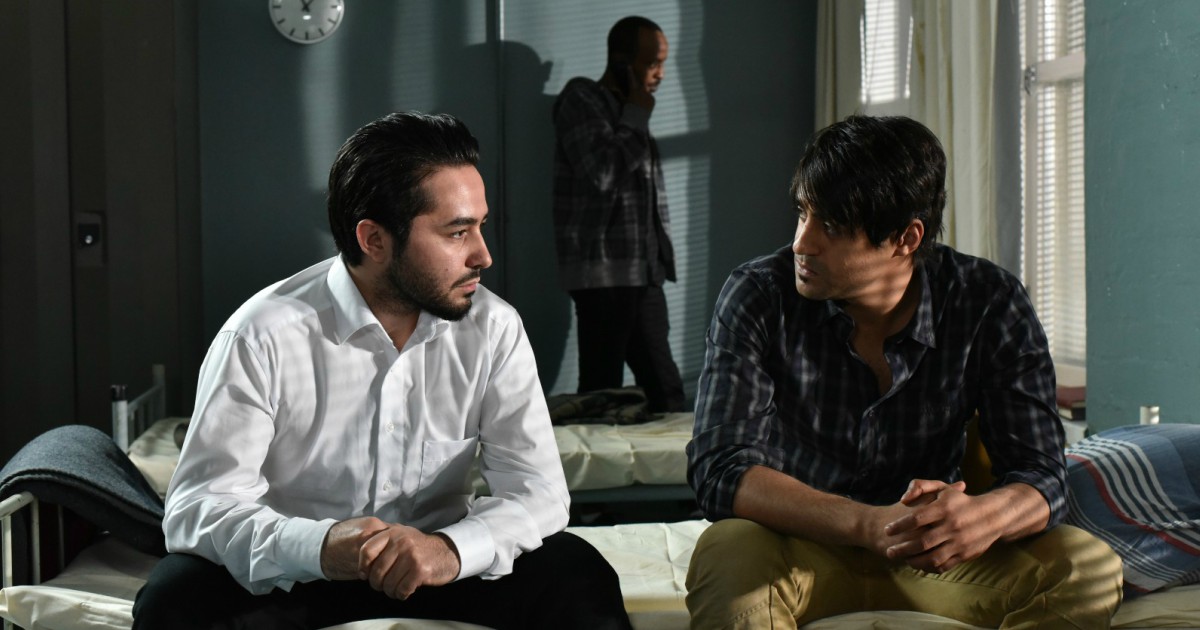 Sometimes, the best things in life are worth waiting for. 2017 has seen the return of filmmakers like Lucrecia Martel after 9 years since her previous feature film, and while he may not have made a film as awe-inspiring or formally groundbreaking as the stunning Zama, six years is much too long to wait for yet another winner from director Aki Kaurismaki.

Over half a decade since his brilliant 2011 film Le Havre, Kaurismaki has returned with arguably his most formally inventive and politically driven film to date. Entitled The Other Side Of Hope, the director introduces viewers to the pair of Khaled and Wikstrom, two men who couldn’t have led more different lives. Sherwan Haji stars as Khaled, a man hailing from Aleppo who is seeking asylum in Helsinki. He encounters Sakari Kuosmanen’s Wikstrom, a salesman who goes from leaving his wife to ostensibly winning a restaurant in a card game. The two cross paths under duress, with Khaled on the run after losing his battle for asylum, only to get a job offer from our hapless restaurateur, and ultimately a companion to join him on his hunt for his sister who he has separated from.

Known most well, arguably, for his sense of humor, The Other Side Of Hope does little to change that for director Kaurismaki. While the heart of the film is squarely focused on the plight of immigrants in today’s age of antagonistic nationalism (Khaled has more than a few run ins with various people who make their disdain for him known, including a group of ass-hat neo-Nazis), there’s a distinctly singular sense of humanism that fuels the picture. Kaurismaki is one of today’s great humanists, here blending some absolutely gut busting one-liners befitting of his deadpan sense of humor with a profound underlying sense of anger that comes from a world where racism is going mainstream. When endless bureaucracy is paired with ceaseless racism there’s nothing but anger for those who encounter this, and the greatness of Kaurismaki’s picture and his oeuvre writ large is that below all the rockabilly and painterly static frames is a defined and assured sense of empathy and humanity for the marginalized.

That all being said, this is also arguably the director’s most aesthetically interesting work to date. Timo Salminen is the film’s cinematographer, and if awards truly mattered his name would be garnering steam going into the Academy Awards. Light is used to great effect here, giving an almost expressionist feel to the film, using contrast and shadow to create a mood that verges on film noir. Markku Patila’s art direction is superlative, as is the work done by set decorators Ville Gronroos and Heikki Hakkinen. But most importantly it’s Kaurismaki show. While much of the film is told through static shots, there’s a distinct energy to each shot, fueled by the gorgeous photography but ultimately brought to life by the director’s sense of atmosphere and mood. It’s a shockingly quiet film, with a dry sense of humor to match its dry camera work, something that almost resembles a David Lynch film, if he got a heavy dose of Jacques Tati as a child. Often described as neo-documentary style, Kaurismaki’s aesthetic is more heightened than you’d see in a documentary, yet has the quiet intimacy that’s synonymous with the medium. Simply put, there’s no one out there quite like the director.

Yet without the performances, this film would be for naught. Haji’s turn as Khaled is absolutely revelatory, giving Kaurismaki a great brush to help paint his story. Quiet and mannered, there’s a lived in energy to the performances, leaning into the film’s dry sense of humor yet never once feeling put on or false. Paired with Kuosmanen’s Wikstrom, the two have great chemistry, and their relationship becomes more and more textured as the film progresses. Clocking in at about 100 minutes, the film does feel a touch too long, yet it’s hard to pinpoint just what could have been left to the side. It’s a delightfully human motion picture, a film that’s at once hilariously deadpan and also politically charged.