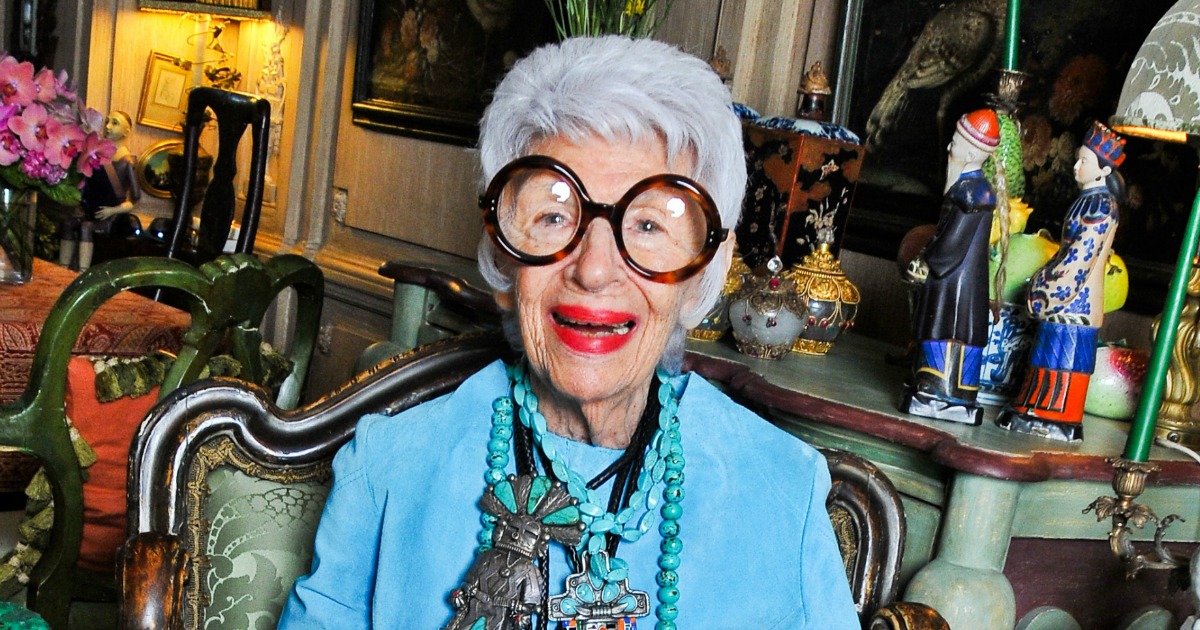 I’ve run through hundreds and hundreds of different ways to enter this review, but sometimes an elephant enters a room, and is just too damn big and present to truly be ignored. Some ledes can’t be buried, no matter how deep you try and dig a whole.

The world lost a legend on March 5, 2015. To non-cinephiles that day may sound like any other, but to those with an appreciation not only for cinema as an art, but more specifically that of non-fiction filmmaking, that’s the day that the iconic filmmaker Albert Maysles passed away. At the young age of 88 years, the energetic documentary cinema icon, whose films including the likes of Grey Gardens and Gimmie Shelter have forever changed the way we see the medium, passed away, just a little over a month before what would be his final film saw its theatrical release.

And what a film to cap a career with.

This week has seen the release of that very film, a startlingly lively look at a woman who, at 93 years young, defies any cliche you may think of when you see her perfectly styled mop of grey hair. The title comes from our central figure here, fashion icon and self proclaimed “geriatric starlet” Iris Apfel, who never stops changing stereotypes not only of what the elderly population are capable of doing, but those of fashion designers, artists and models. In a world where those in the fashion industry are seen as self important, pretentious artists who are as skilled with a sewing machine as they are in the realm of massaging their own ego, Apfel has become a spokeswoman for various brands, all while carrying with her a breathless sense of wit and wisdom that only comes when you’ve reached a certain vintage. Meshing found antiques, giant plastic accessories and vintage pieces from some of the fashion world’s great brands, Apfel has become almost the Kanye West of the fashion world. Take all the cartoonish tabloid moments the latter has become best known for, West is an artist who launched his career by sampling various genres and different singular pieces, much as Apfel, as shown here in this fantastic film, jumps from Gucci blouses to Native American tapestries and blends the two with chunky chain necklaces and has become one of the fashion world’s most well respected designers.

The greatest aspect of this film is almost two fold. First, the central focus here is a woman entirely unlike anyone you’ll ever meet. We get to gradually learn more about her relationship with her warm and utterly charming husband and the life that led her to not only become the icon that she has, but work with such groups as the very government that run’s this nation. Working with the White House on restoring pieces that have fallen victim to father time, she has kept the same dry and often times dark sense of humor that makes her the type of person that everyone should beg to have walking into their lives. Very much a person with a temperament directly in opposition to her sense of style, Apfel’s design work may come off as cartoonish and in many classical ways abrasive, her personality is one of a person who has figured life out and wants nothing more than to impart her wisdom on the world. And thankfully, Albert Maysles was there to capture it.

It’s also a pleasure to see a woman whose “I don’t like pretty” sensibility seems to hit a chord in Maysles’ soul. Very much a perfect cap to a career driven by shining a light on the unconventional, Iris sees Maysles at arguably his most vital and lively. With a percussive sense of momentum and a soundtrack that will leave you tapping your feet, the film breathes in a way that most documentaries seemingly strive to avoid. Steering clear of the self important sense of philosophizing that is a constant in modern non-fiction cinema, Maysles takes a simple approach in pairing both a narrative about this woman’s rise to fame and the forming of her aesthetic, with the central character herself discussing her process and the touchstone moments that led her to that very moment. Clocking in at just shy of 80 minutes, the film is briskly paced and the simplistic structure allows the core themes brought to life here the time and space to fully form. At once about the vitality of the human spirit as well as the idea of the subjectivity of art, these ideas may conceptually seem trite and well-traveled, but thanks to both Maysles’ assured style and Apfel’s effervescent energy, this is as perfect a final statement as any artist could ever hope to have.

Almost too brisk and able to carry another solid 20 minutes, the film does feel a tad too brief, but it’s only because the film’s central character is one deserving of a story as timeless as she herself. A film that will hopefully find a home once it arrives on VOD from Magnolia, the film begins its theatrical run this week. With costumed superheroes about to make the cinemas a little louder than they are lively, there couldn’t be a better bit of counter programming than a story about a woman who is full of more life than any summer blockbuster could ever hope to try and portray.