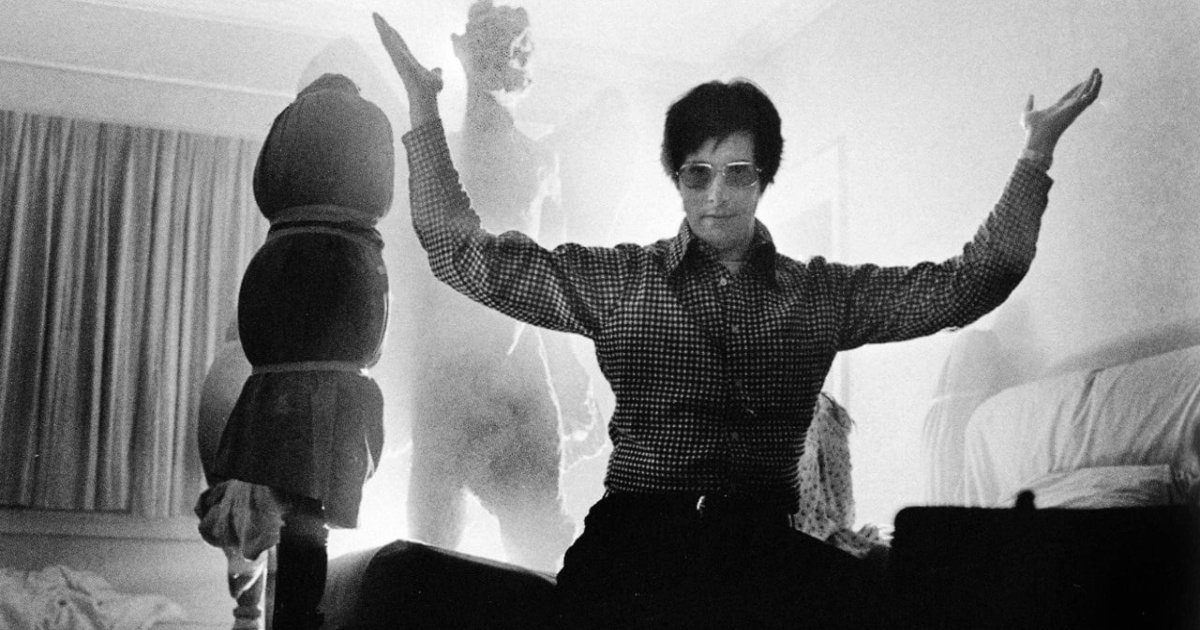 More often than not, career-spanning documentaries about artists, musicians, filmmakers — basically any creative type — make for features that feel like little more than a series of glad handing interviews that even their own parents would blush at. Even films built around interviews with the artists themselves carry with them an infuriatingly hagiographic atmosphere, as if “from the horse’s mouth” makes their grand-sounding stories any more tactile or believable.

Then there are films like Leap of Faith. Directed by Alexandre O. Philippe, Leap of Faith is billed as a film chronicling the process behind which William Friedkin’s brilliant horror masterpiece The Exorcist was put onto screen, but, much to the credit of everyone involved, what actually comes of this deep dive into one of film’s great terrors is less an oral history than a brazenly broad-reaching looking into the work of the film’s director.
And yes, it’s “straight from the horse’s mouth.”

Structured much like a film like By Sidney Lumet, Leap of Faith is more or less a long form interview with Friedkin, looking specifically at his process revolving around the iconic horror film, while in turn exploding his career, his influences and everything in between, using the framework of the film’s production to in its own way reconstruct Friedkin’s career. Viewers become privy to everything from the casting process surrounding the film to Friedkin’s connection to fine art (particularly his affinity for the Monet collection at the Art Institute of Chicago), all while being engrossed in how one of horror cinema’s greatest works came to be.

Superficially, the film is little to write home about. Structurally sound, the film is a propulsive enough ride at a pinch over 100 minutes. Friedkin is the rare artist whose ability to wax philosophical about his own work and others almost eclipses the work he is discussing, but just misses the mark slightly because he also happens to be one of his generation’s true creative titans. The film truly gets engaging, however, when it goes more broad in scope, looking less at Friedkin’s take on the novel from which his film is based and more the importance things like painting, documentary cinema and the works of directors like Carl Theodor Dryer have had on his aesthetic. Leap of Faith even opens not with Friedkin discussing The Exorcist or his time growing up, instead looking at Dryer’s Ordet and how that film portrays faith in not the “sappy” and “sentimental” manner that most films about faith tend to lean into. It’s this broader scope, this expanded view on Friedkin’s career that makes this film decidedly more enticing than most documentaries of this sort. Even a film like Friedkin Uncut, a film that attempts to take a larger view on the director’s career but, in looking at his films chronologically, becomes infuriatingly dull and superficial.

Unlike that film, however, director Alexandre O. Philippe allows Friedkin to take the floor, ripping free the constraints of a rigid narrative structure and instead turning Leap of Faith into a thrilling and fascinating rumination on creativity, the creative process and one director’s own battle with film and faith.