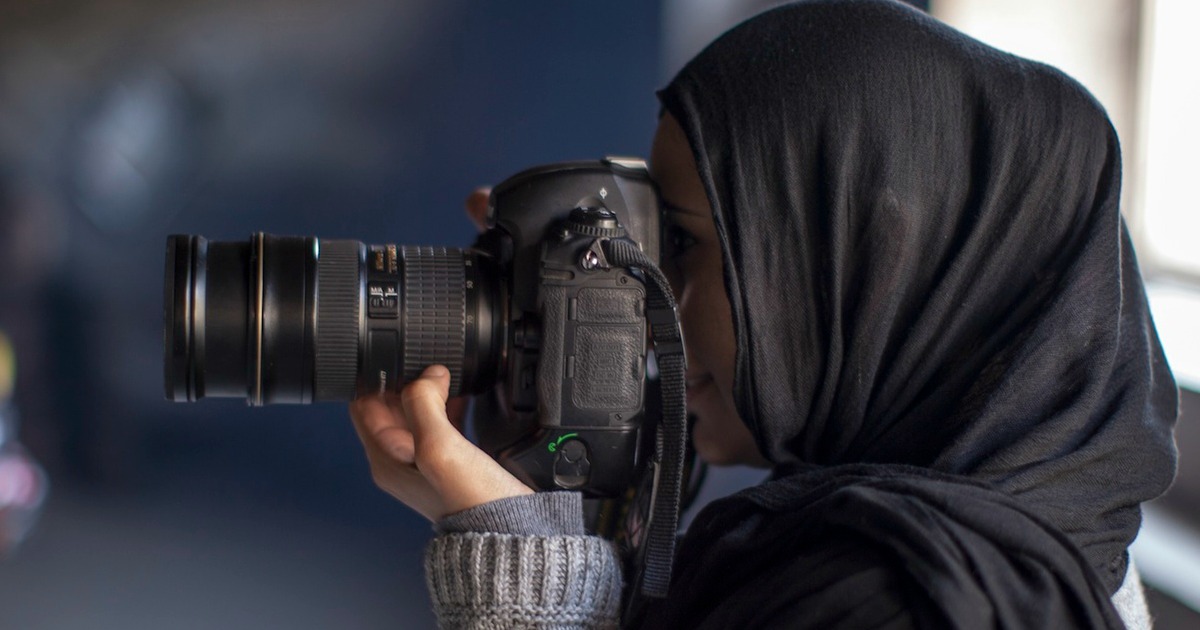 It’s hard to imagine that, in a civilized world, something as seemingly mundane and normal as taking a simple photograph would not only cause civil unrest, but become illegal. Well, that was exactly the case in Afghanistan, while under the rule of the Taliban.

From 1996 until 2001, Afghanistan was under the strict, disturbingly fundamentalist control of the Taliban, implementing Sharia law. Things ranging from the above mentioned criminalization of simple things like photographs to forcing women to not only wear a traditional burqa, but keeping them from being educated for much of their early youth, until allowing them to learn the Qur’an.Then came 2001. Out of a revolution came a fledgling free press, and not much else in the way of true progress. An area as dangerous as they come and still fraught with death, corruption and fundamentalism, Afghanistan was once one of the world’s vibrant locales, only to see them drift back into dated ways.

That’s where the new film from directors Alexandria Bombach and Mo Scarpelli begins. Entitled Frame By Frame, this new picture introduces us to four photographers based in Kabul, four men and women who have come out of the revolution and with a deep admiration for the nation that Afghanistan once was, are trying to bring to the forefront the voices of the truly voiceless. A side of this politically charged story that we stateside never get a chance to take in, Frame By Frame is a superbly made and emotionally devastating look at a nation truly on the brink of the most important moment in their existence.

Frame By Frame introduces us to four photographers. First there is Farzana Wahidy, the only woman of this collective. A child of the Taliban’s strict fundamentalist rule over the rights of women, Wahidy’s story took her to Canada for an education, and then a return to her home nation where she began photographing the lives of women in one of the world’s most patriarchal societies. Massoud Hossaini is one of the most successful photographers in his country, garnering a Pulitzer for a photograph he took during a 2011 suicide bombing. Now hell bent on showing the world the violence and atrocities committed in his home country, he’s a journalist and also happens to be the husband of the aforementioned Farzana Wahidy. Rounding out the foursome are renowned journalist Najibullah Musafar and Wakil Kohsar, the latter of who has one of the film’s most intriguing stories, finding him focusing his work on drug addiction in Kabul, a side of this tormented nation we never see portrayed or hear discussed.

It’s hard to begin a critical discussion of this picture without simply addressing the clear fact that few films this year have as much anthropological and sociological import as this film. From Kohsar’s devastating dissection of the country’s mammoth drug issue or the film’s most emotionally resonant moment, the sight of a brutal and violent bombing and its direct result, this is one of the year’s most impactful non-fiction efforts. Wahidy and her husband are the closest the film comes to actual leads, and they carry the brunt of the intellectual and emotional resonance as well. Wahidy’s story is particularly resonant, as we watch her come face to face with Herat, a city with a high rate of female self-immolation. It’s in this narrative thread, as well as many others that take over the picture, that we the viewer and the characters themselves see with clear eyes that this is a country with still existent problems.

Aesthetically, the film is also quite entrancing. Yes, the moments of violence are disturbing, the stories of drug addicts heartbreaking. But even saying those things seem like one would be doing the film a disservice. Directors Bombach and Scarpelli give over their picture to these photographers, drawing the courage it takes to tell their stories directly from the steel-strong humanity of the subjects. Few films have as much crystal clear empathy, giving the viewers a quick history lesson over the opening credits, only to give them a first hand view of this country and all the warts that still persist to this day. But it isn’t without its beauty as well. There are numerous moments throughout this film that the two directors pair perfectly with the stories of these photographers, proving that yes, this is a beautiful nation. A nation with important history, and an energy that just needs to be allowed to come to life. And life is what this documentary has flowing out of every frame.