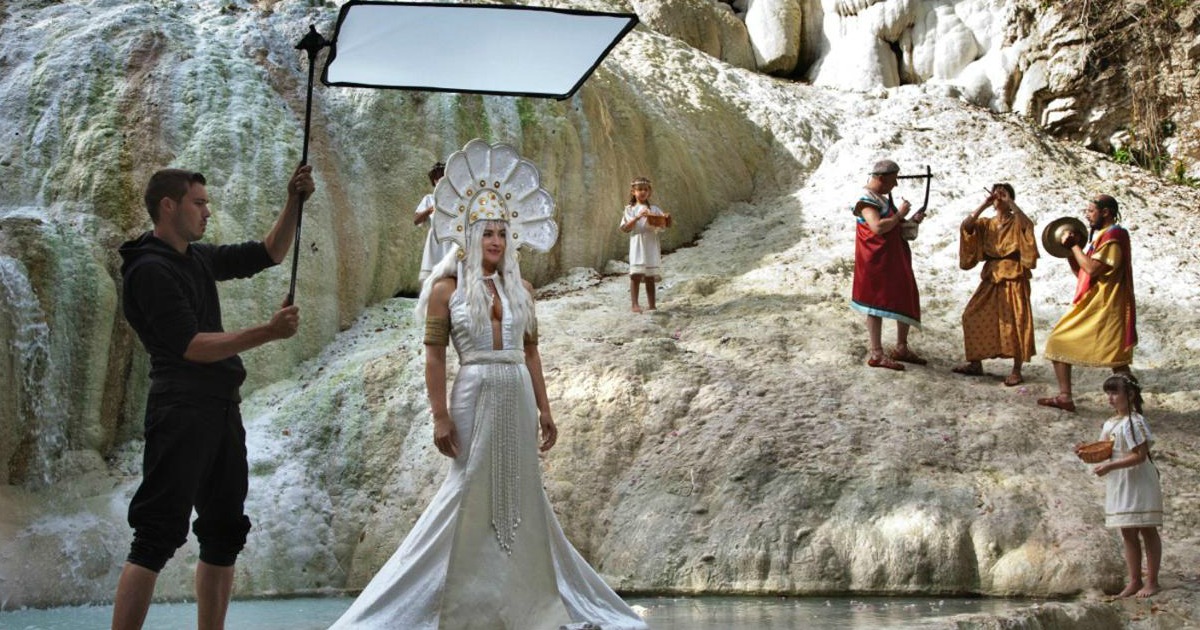 Being the winner of a top prize at one of the film world’s most prestigious festivals, particularly one that makes its home in France in the first half of the calendar year, should mean a quick and rave review-filled run right into at least major arthouse theaters across these United States. However, if you’re director Alice Rohrwacher, an award from the Cannes Film Festival apparently means sitting on a shelf waiting for a release for almost 18 months.

That’s the case with her sophomore effort, The Wonders. A superb follow up to her great debut film, Corpo Celeste, Wonders earned a Grand Prix award from the Cannes Film Festival in 2014, and is now finally arriving in theaters thanks to the geniuses at Oscilloscope Laboratories.

Very much a distant cousin of the great Poetic Realism movement seen in ‘30s French cinema, Rohrwacher’s film is a dreamlike ode to a place near and dear to her heart. The film follows the story of a family of beekeepers (led by her sister, Alba Rohrwacher, who is at her very best here as the family’s matriarch), living in central Italy. Oppressively overcrowded in their home and with the family leaking funds, the family sees their collective life change even most starkly after the arrival of a reality TV show. With the show’s eyes set firmly on the eldest daughter, Gelsomina, and her eye’s firmly planted in the stars as she begins to strive for some place to call her own in this big, bad world, The Wonders begins similarly to any other recent export from European art cinema. However, as the picture progresses the story not only becomes more and more engrossing, but the film itself ultimately crescendos with a bravura final act signaling not only the conclusion of a new entry into the poetic realism canon, but the announcement of a great new Italian filmmaker.

While the film may sound like its main focus lies in the reality show and the impact it has on the relatively quiet world it invades, it is in fact a defiantly intimate coming of age tale unlike many we’ve seen before. The film’s lead is the aforementioned Gelsomina, a teenager who is, within the structure of her household, relied on as someone far beyond her young age. Strongly rooted in the family beekeeping business, Gelsomina is in stark contrast to her loud and stubborn siblings who are both charmingly child-like and yet frustratingly impish. Very close to her father, she is often at odds with her overworked mother, and when the crew of the above mentioned reality show arrives, and stardom appears in her near future, the relationship changes even more. A delightfully warm and enveloping meditation on youth and a young woman’s coming of age in a world that appears to be on its last legs, The Wonders is a superb piece of naturalistic storytelling.

Set in Rohrwacher’s hometown, near Tuscany, she has billed the film as not being autobiographical, but it’s hard to argue the love she has for these people, and the land they call home. Largely cast with non-professional actors, the performances here are great across the board, led by Maria Alexandra Lungu as Gelsomina. She gives a tour de force performance here as the strong-willed ostensible leader of the family, and the moments shared between her and Sam Louwyck’s Wolfgang are powerful and the real backbone of the film. Opposite Louwyck is Alba Rohrwacher as Angelica, and while it’s a far cry from previous performances by this stunning actress (particularly her best role in the unshakable I Am Love), there is a lot of truth to her turn and the scenes shared between her and her family are strong and resonant. Overall, while the cast here doesn’t ring as the most experienced, there is a realism given to each character, making their relationships with one another feel lived in and real, despite being surrounded by a relatively poetic aesthetic.

And in that aesthetic, the real star shines. For only a second feature, The Wonders is a startlingly assured piece of craft. Rohrwacher’s direction is top notch, particularly the dream-like finale, and the sequences between the family members themselves are shot with an energy and vitality. The actual final sequence hints squarely at the film’s roots in poetic realism, and it is one of the year’s greatest and most unforgettable final shots. Helene Louvart shoots the film, showing off a different side of her as a cinematographer, as it’s a far cry from a picture like Pina. Where that film was very crisp and clean, there’s an Earthiness to this picture, seemingly as though the film stock itself was dug up from the land directly below the house this family lives within. It’s a beautifully verdant film, with a liveliness in the grain and overall design that gives the film a texture you don’t often see in today’s cinema.

Overall, while this film may have taken almost 18 months to finally hit theaters, it’s more than worth the weight. A beautiful and evocative meditation on youth, Alice Rohrwacher has cemented herself as one of Italy’s great young filmmakers.