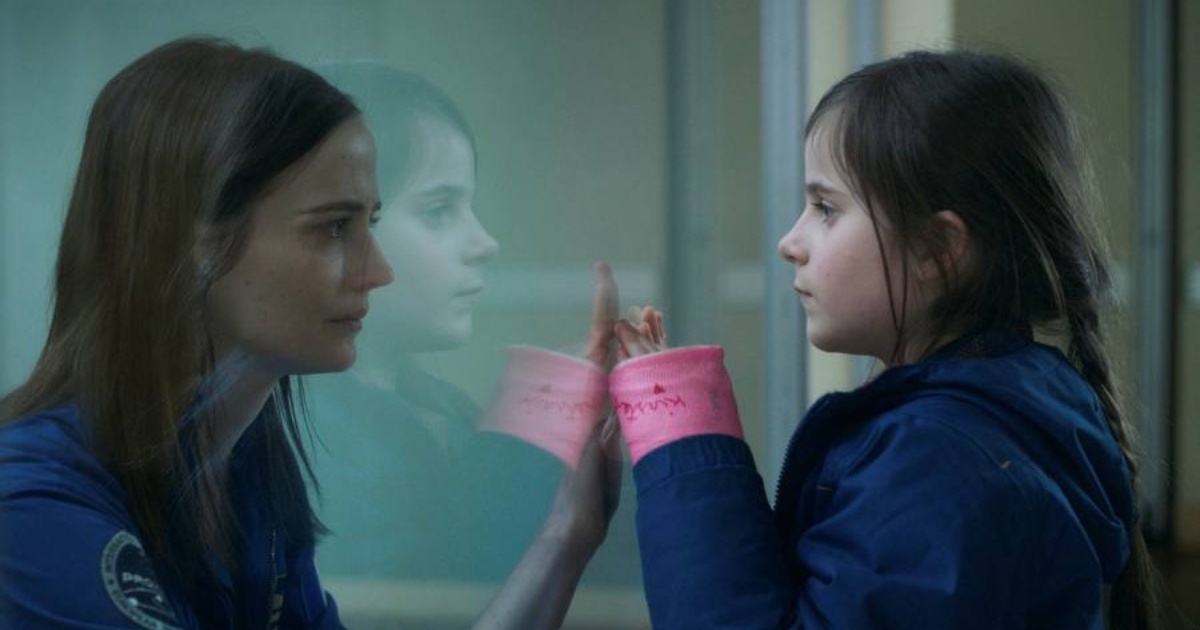 One can be forgiven if, this first full weekend of November 2020, their eyes aren’t quite as attuned to what virtual cinemas and various streaming services are launching on their platforms. It’s a strange moment in time. However, if one is in need for a little bit of a distraction, there is a film worthy of a glance that has arrived in virtual theaters from this Friday.

Entitled Proxima, this Alice Winocour-directed familial drama may have the guise of a Lucy In The Sky-style space picture. However, that (thankfully) couldn’t be further from the truth.

The film stars Eva Green as Sarah Loreau, a French astronaut in training at the European Space Agency in Cologne. The sole female in her group, she’s also mother to seven-year-old Stella (Zelie Boulant), a relationship that the film rightly portrays as more the center of the narrative than the pending year-long space trip Sarah is training for.
While it does dive into her training for, and ultimately the trip itself, Proxima (drawn from the name of the voyage at the center of the film) is less a film about space or the grueling process of preparation for space flight than it is the codependency of parent-child relationships. Or more specifically the dichotomy that is being a mother tasked with parenting and also fostering a growing career.

The center of the film’s drama is less the task of going to space (frankly little is actually known about Sarah’s position on this flight, which is rather telling with regards to what Winocour and co-writer Jean-Stephane Bron find and consider narratively, thematically and emotionally relevant). Instead the film draws its entire thesis from the relationship between Sarah and Stella, how both grow to be stronger while separated and yet in that time apart the drive to get back to one another make parties do things that could halter that reunion or even snuff it out entirely. Both of our central figures grow up in their own ways while apart, particularly Stella who, in one of the film’s most powerful sequences, bluntly asks her mother if she’ll die before she does. It’s a haunting but deeply relatable sequence that’s beautifully rendered by Winocour.

It’s also a decidedly modern take on this type of narrative. Where as most films about parenthood would have the mother reject her job entirely to take care of the child, Winocour is more genuine about her outlook. Often doc-like in her direction, Winocour’s film is a feminist one, a film that doesn’t judge the mother figure for going on this extended work trip, instead portraying the toll of doing so in a manner that feels tactile and lived in. It’s a tough choice that’s not come to easily, instead both parties not so much embrace the decision than they do come to terms with it in a truly modern and mature way. This is a film about that knack children have for making their parents equally weaker and stronger paradoxically, and while the science-fiction like setting may get a few wandering eyes as they scroll by on their televisions and streaming services, its the central, deeply human relationship that will keep them glued to the set.

It also helps that the core performances are both utterly superb. Evan Green stars as Sarah, and is at her career-best here. Her performance is equal parts warm and stoic, with the character’s gradual evolution playing out beautifully in the wildly expressive eyes of Green. Boulant is tremendous as well as Stella, although one would love to see a bit more of the character’s evolution, especially when not a small amount of time is given the the toxically masculine cowboy Mike played terribly on the nose by Matt Dillon. It’s a disposable role given a disposable performance and his scenes with Green, while surely watchable, do feel strangely out of place.

Thankfully, as the final sequence comes, the film properly cements itself as one of the year’s great surprises. Winocour remains an increasingly entrancing voice on the world cinema stage, and her direction here further elevates her. It’s a muted film, a mature and intimate film that doesn’t lean into histrionics, instead finds beauty in the bonds of a mother and a child and the duality of the time they spend apart. Toss in a thrilling score from legendary composer Ryuichi Sakamoto and you have a film you absolutely cannot miss.