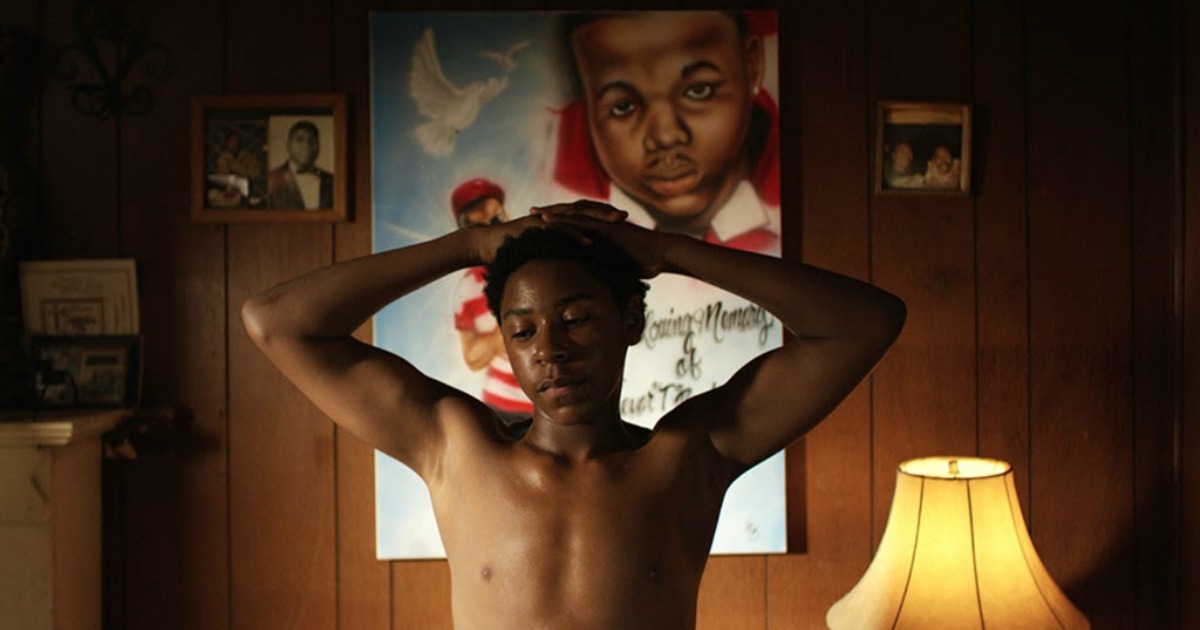 First films are a mixed bag. Some feature debuts are inspired pieces of fully formed cinematic vision, while others seem like they could have come straight from a laboratory. However, not all have names like David Gordon Green and James Schamus attached, and even fewer have the type of buzz following it out of prestigious festivals such as Sundance or Berlin the way that Amman Abbassi’s premiere picture does.

Entitled Dayveon, Abbassi’s film is one of extreme specificity, and yet profound humanity. Devin Blackmon stars as the titular lead, a young 13-year-old who is doing his best to cope with the recent death of his older brother, gunned down in an act of devastating violence. With his home life shattered, despite the genuine attempts made by his sister and her boyfriend Bryan to bring some semblance of normalcy and balance to it, Dayveon slowly floats into the circle of a local gang.

Dayveon is a captivating, if cliched, little picture. While the names of Green and Schamus may put butts in seats, even just in producer roles, Writer/director/composer/editor Abbassi is an absolute revelation here. Pulling a David Lynch-style auteurist debut, Abbassi’s vision is one of clarity and startling specificity, and while yes he’s clearly indebted to David Gordon Green not just as a producer, there is an energy to his frame that’s entirely his own. The film is gorgeously shot, with each new frame feeling intimately composed. This is a time worn narrative. It’s a story that we’ve seen, in broad strokes, told throughout the history of American cinema, and in many cases across the world.

However, the film and subsequently Abbassi’s greatness comes in the palpability and specificity of the places these characters inhabit. And not just the physical space. While yes every inch of this world feels lived in and of one vision, there are intimate details that give the picture an almost neo-realist quality. Immersive in a way few American films are any more, Dayveon is a vital and urgent piece of neo-neo-realist American cinema that never once pulls a punch.

Oh, and yes, the performances are also absolutely fantastic. The film is cast with primarily non-professional actors, and while there’s a roughness that’s clearly felt throughout the film, there’s also a deafening sense of truth to each sequence. Be it Dayveon’s interactions with his new crew or a profoundly moving sequence between he and his sister’s main squeeze at the dinner table, the film (and specifically Abbassi’s script) has a real eye for nuances of everyday life. Blackmon is a true discovery in the lead role. He’s a quiet, unassuming kid, and yet there’s a fire under him that desperately wants to come out. The pain and hurt felt in the wake of his loss is palpable, and there’s a desperation to his performance that’s quiet and yet profoundly relatable to anyone who has lost a loved one unexpectedly.

Sure, some of the film feels, almost to a fault, influenced by the type of early ‘00s filmmaking that David Gordon Green was very much a part of. However, there is a pulse under this film’s surface that’s entirely its own. While the beats may feel the same, the rhythm is wholly original.