Death is something we as humans not only have to face, but come to grips with as an always pending inevitability. Arguably most people’s biggest “fear,” death is the one thing that each and every human experiences and while we may not know when or how it will come, all we can do is learn to come to grips with its pending approach. However, while it is the great universal human experience, there are certain things that can differentiate any given person’s experience with it. Take the actual burial for example.

For people of faith, a proper religious burial may be in order, or for those who want something different, cremation is always an option. But what about those who want their burial to be a bit more, well, “green?”

A growing trend with the ever growing green movement making its way into the ritualization surrounding one’s passing, the green burial movement is a growing one, and now the public has a new documentary to enlighten them a bit more as to what this movement is actually trying to change.

Entitled A Will For The Woods, the team of directors including Amy Browne, Jeremy Kaplan, Tony Hale and Brian Wilson tell the story of psychiatrist Clark Wang, a man dealing with his pending death due to the non-Hodgkin’s lymphoma that plagues him. A man hell bent on having a green burial, one that will allow him to have the spiritual and environmental relief after he has passed, Wang is on the hunt for the most eco-friendly burial a human could possibly have. Even getting down to avoiding bringing in flower arrangements that are not native to the area he will be buried, Wang is the center of this story, and thankfully so, as it keeps what could have been an overbearing issue documentary grounded and ultimately far more rewarding.

Only truly giving us a glimpse as to what it means to have a “green” burial, the film doesn’t seem as interested in discussing the pros or the cons of the actual burial, as it is telling what this man sees as the existential importance of doing this. Instead of talking head interview segments, we are privy to Wang having dinner with his partner, watching them reminisce over their first date, and ultimately his actual death, ultimately making this something far more impactful emotionally than just an issue documentary.

There are a few snippets of actual discussion surrounding the impact of a green burial, but it almost seems as window dressing here. We see Clark choose his biodegradable “coffin,” watch him debate whether or not he should go see his parents before it is too late and ultimately try and choose the site where he’d like to be buried, with the fact-based discussion saved for a few interludes dispersed through the picture. These moments come thanks to Joe Sehee, the “grandfather” of this movement, the founder of The Green Burial Council. The most intriguing moment involving Sehee is his journey to the International Cemetery, Cremation and Funeral Association Convention, something that itself could be an interesting documentary. These segments often become intellectually stimulating on their own right, as they give the viewer an intriguing look into a subject that doesn’t often get discussed as densely as it truly should; the way people mourn and the way people cope with the actual act of death. Be it the idea of a human’s ashes being launched into space, or the remains of a human being turned into a piece of jewelry, each person views their life, and in many ways their death, as something entirely their own.

And this, again, is at the core of the film. A Will For The Woods is billed as a film about the green burial movement, but it’s far from that. With the actual idea of a “green” burial far from the center of the film’s narrative, what we have here is, thankfully, something far more emotionally engrossing and ultimately intellectually rewarding. A gorgeous, haunting, and lushly crafted meditation on one man’s coming to terms with death, this is just yet another great documentary in a year that has become as chock full of resonant pieces of non-fiction cinema as we’ve seen in ages. 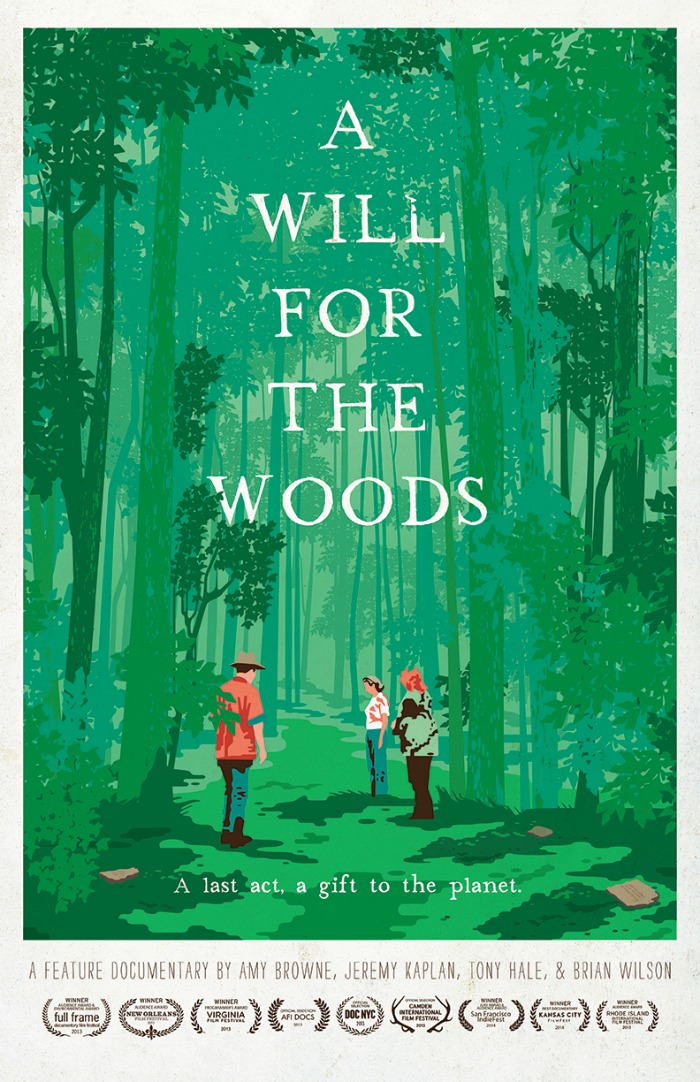