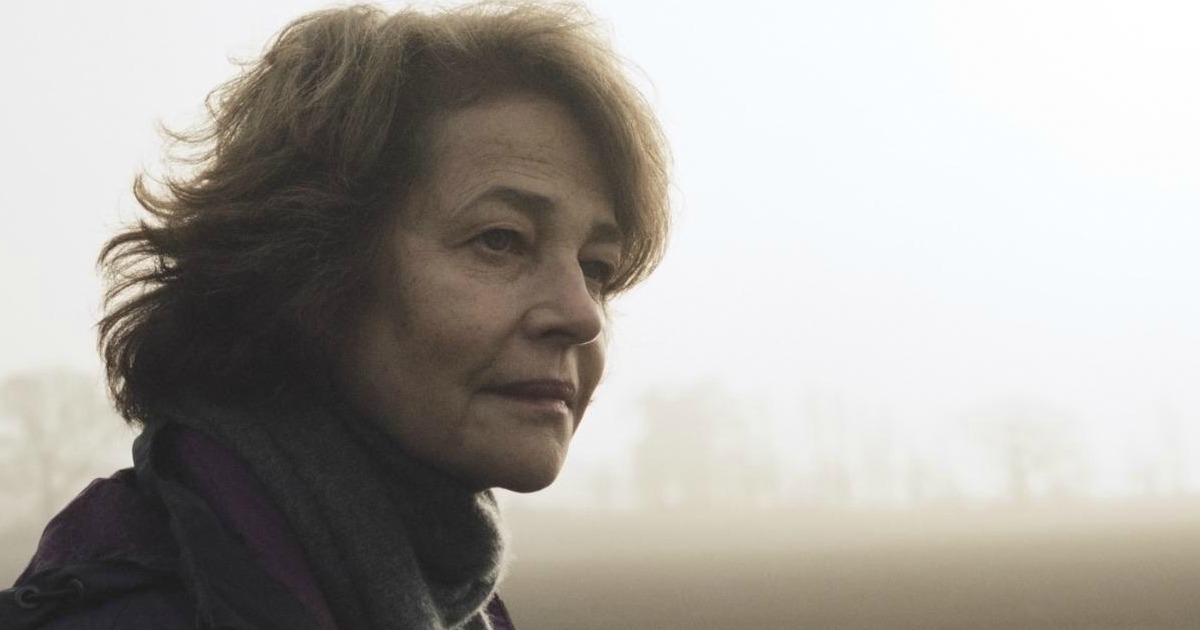 February 6, 2015. Seemingly just another random day in the early moments of a new year, but when you’re a film like Andrew Haigh’s 45 Years, it’s just the beginning of what ultimately became nearly a year long road from festival to festival. After becoming the UK’s first £1m day and date release earlier this year, Haigh’s new picture finally arrives in US theaters this week, and is not just a reminder as to how talented this young filmmaker is, but also that his voice is as powerful and important as there is in today’s cinematic landscape.

45 Years is a decidedly different venture from his last feature, the brilliant Weekend, but proves once again that few filmmakers have as potent a handle on relationships as he. The film garnered awards for its two stars, Charlotte Rampling and Tom Courtenay, who portray a couple anticipating their 45th wedding anniversary. Kate and Geoff Mercer are a retired English couple who live near a small village, passing their days hand in hand. Everything changes, however, when news arrives that the body of an ex-girlfriend of Geoff’s has been discovered preserved in a block of ice in the Swiss Alps, where the two were vacationing nearly five decades prior. A quiet, melancholic, small scale picture, 45 Years goes from a slice of life drama into something that is as human as it is genuinely emotionally rich. Avoiding the type of grand emotional beats of most melodramas, this sticks closer to the vest, mining minor moments as richly as it does a gesture or a facial expression.

This is an actor’s showcase, and features two of the best performances of 2015. Leading the pair here is without a doubt Charlotte Rampling, giving one of her career-best performances. The moments shared between both Courtenay and Rampling have much of the bigger beats, but the film breathes in the moments where Rampling shoulders the weight. Again, admittedly a small scale picture, the film is a beautiful meditation on the secrets kept over the span of a relationship, and the chasms that they help foster between one another, and Rampling’s performance as the one on the wrong end of a possibly relationship-threatening secret is one of true, pure beauty. She is at times brazenly strong and at others full of confusion and fear, all amounting to a final sequence that is without a doubt the year’s best ending, and one of the most emotionally rich finales in ages. Courtenay himself is also great, and the scenes they share together are, including the final sequence, the film’s highlights. A sex scene is a real insight into the tone and mood of this picture, a moment of pure emotional bliss that is both breathtakingly rich and human and utterly melancholic. Relationships are built on seemingly minor moments, and seemingly minor secrets, when allowed to fester for decades, become the tools by which they are threatened most by, and this film is a definitive look into that very ideal.

Weekend and 45 Years don’t share much in common either narratively or thematically, but director Andrew Haigh is very much proving to not only be a capable filmmaker, but one with true autuerist tendencies. Besides his interest in seemingly minor moments shared between two people in love or trying to kindle love, aesthetically these two films share similar usage of the frame. As seen in some of the film’s earlier sequences, the camera is set further back from the action, isolating the actors within their world, almost as if we the viewers are just interested in engaging with these lives in the broadest sense. Not so much voyeuristic, as that would imply something lascivious at its core, Haigh’s frame is matter of fact, never shying away from ugly moments of humanity or humane moments of beauty. This is a film inherently about the damaging nature of secrecy, and for a performance like Courtenay’s to leave the viewer at arm’s length would feel out of place if it weren’t for both the picture’s central theme as well as Haigh’s attempt at keeping us the viewer at arm’s length. Haigh lingers on Rampling’s face, a canvas for him to tell the film’s true story. He allows the camera to catch Rampling’s Kate as she becomes more suspicious of the man she loves, tries to pick his brain for answers, and ultimately tries to weigh if this is a relationship with a future, and has an assured enough hand in knowing when to pull away or when to bring us directly into this world.

While it’s taken a few moments for this film to finally show up in US theaters, it’s not only a perfect bit of holiday counterprogramming for those sick of grand Hollywood fare nearing billions of dollars in box office grosses, but also simply one of the year’s very best films. Driven by two performances and a directorial effort that will all hopefully garner attention as we further along this awards season, 45 Years is a powerful and profound bit of storytelling.