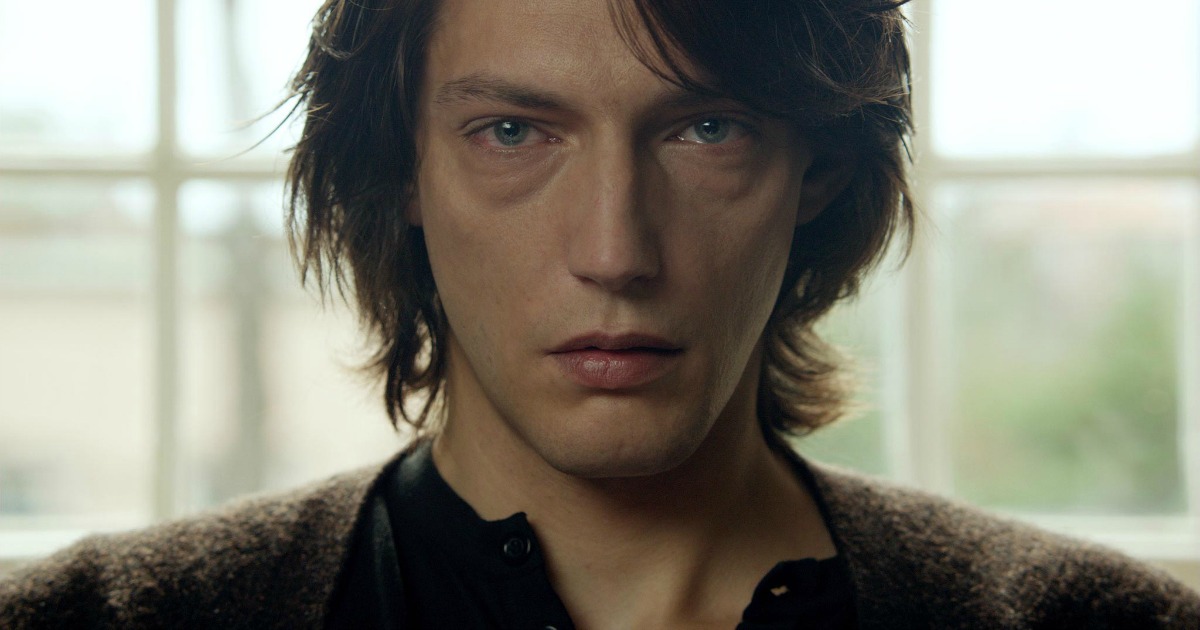 Earlier this year, the film world lost one of its truly unsung icons. On February 17, director Andrzej Zulawski passed away, leaving behind not only a filmography of some of cinema’s most singular works but a critically beloved festival darling that had yet to arrive in theaters stateside. Now, beginning this weekend exclusively at The Metrograph in New York City, Zulawski’s last film is finally available to general audiences, and is without a doubt the most delightfully off-kilter picture you’re bound to see all year.

Entitled Cosmos, the picture may sound as though its eyes are set to the heavens, but with a tight runtime of just a pinch under 100 minutes, this is a ground level, if delightfully histrionic melodrama in the vein of Zulawski’s very best films. Standing as a perfect culmination of everything that made the director an auteur of entirely singular vision, Cosmos opens by introducing us to Witold (played by Jonathan Genet and drawing his name from the author of the story from which this film draws its inspiration, Witold Gombrowicz), a man in search of peace of mind and a good place to study and get work done. Joined by his right hand man Fuchs (Johan Libereau), who appears to be as prone to giving advice as he is gaining mysterious bruises and scratches (which, much like a majority of the occurrences throughout the film, never earn an explanation), Witold finds escape in a seaside escape that at first seems like just your run of the mill cottage. However, what follows is a story of dead sparrows, facial grotesques and Donald Duck impersonations, all filling out a briskly paced melodrama of the absolute highest order.

If one isn’t familiar with Zulawski’s work, it can be about as appealing as cilantro. Either you jive with it or it is deeply off-putting. Working in a world that’s aesthetically more grounded than surrealism and yet building the world that would put even the highest wound melodrama to shame, Zulawski’s narrative is relatively simple. Lacking the other-worldliness of a film like Possession (or at least that film’s sci-fi center), this is a film closer to that of mid-career Godard. At its core, the film is a mystery picture, a tale of a man on the search for peace and yet entirely enraptured by the unknown. At first, it’s a dead bird hanging in the middle of a walking path, and next it’s the beautiful wife of a man he doesn’t even know, the story and its structure are at once entirely concise and yet utterly confounding. The place the viewer lands on that spectrum will be the root of one’s enjoyment of the film. Much like the lead, the unknown here is enthralling, with each new mystery being more intriguing than the last. However, if one gives themselves over to things like the patriarch of the cottage speaking in half philosophical meandering and half utter nonsense (literally, much of the character’s dialogue is akin to spasm-like bursts of goo goo gaa gaa jibber jabber), the film holds within its DNA some of the year’s most evocative moments.

And that’s entirely due to Zulawski being a truly peerless aesthetic artist. While this picture admittedly lacks the utterly boundless energy of a film like Possession, the photography here is absolutely gorgeous, and Zulawski’s camera is one full of life and energy. Never a director afraid to play within the depth of a given frame, the use of pans, zooms and depth of field here adds to the picture’s overall sense of unease, as does the score, a piece of musical composition that has about as much histrionic energy as the performances due. Alain Resnais comes to mind throughout the film, and that’s due to more than just the presence of Resnais’ muse Sabine Azema as the matriarch of the home where are lead rests his head. There’s a playfulness across the film that undercuts the maudlin emotional core, allowing the viewer to both see the melodramatic strings if you will, while also becoming lost in the impressionistic, neo-Lynchian world that Zulawski so deftly crafted.

Speaking of Azema, a scene involving her becoming frozen in place is indicative of what one can expect from these performances. Despite being in the middle of a dialogue sequence, Azema’s character becomes the center of attention as she freezes at the head of a dinner table, proving that while Zulawski is convicted to his story, he understands that the narrative (or at least the dialogue) has little to do with what he’s interested in conveying. Genet’s performance is the film’s best, an unhinged lead performance that grows and unravels across the film’s run time. Libereau is an utter delight as his friend, and the real revelation here is Victoria Guerra as Lena. It’s as off the rails as the other performances, but there’s a tinge of humanity to it that makes it stand above the rest.

Again, Cosmos, as with every Zulawski film, is a polarizing journey into the maddening world of frenetic melodrama. With energy to spare this impressionistic melodrama is both one of the year’s most polarizing features and also one of its most evocative and genuinely unshakable. We may have lost Zulawski earlier this year, but thankfully these esoteric features will never be forgotten by anyone who has the chance to lay their eyes upon them.